Executive Board members “of one mind” at recent meetings 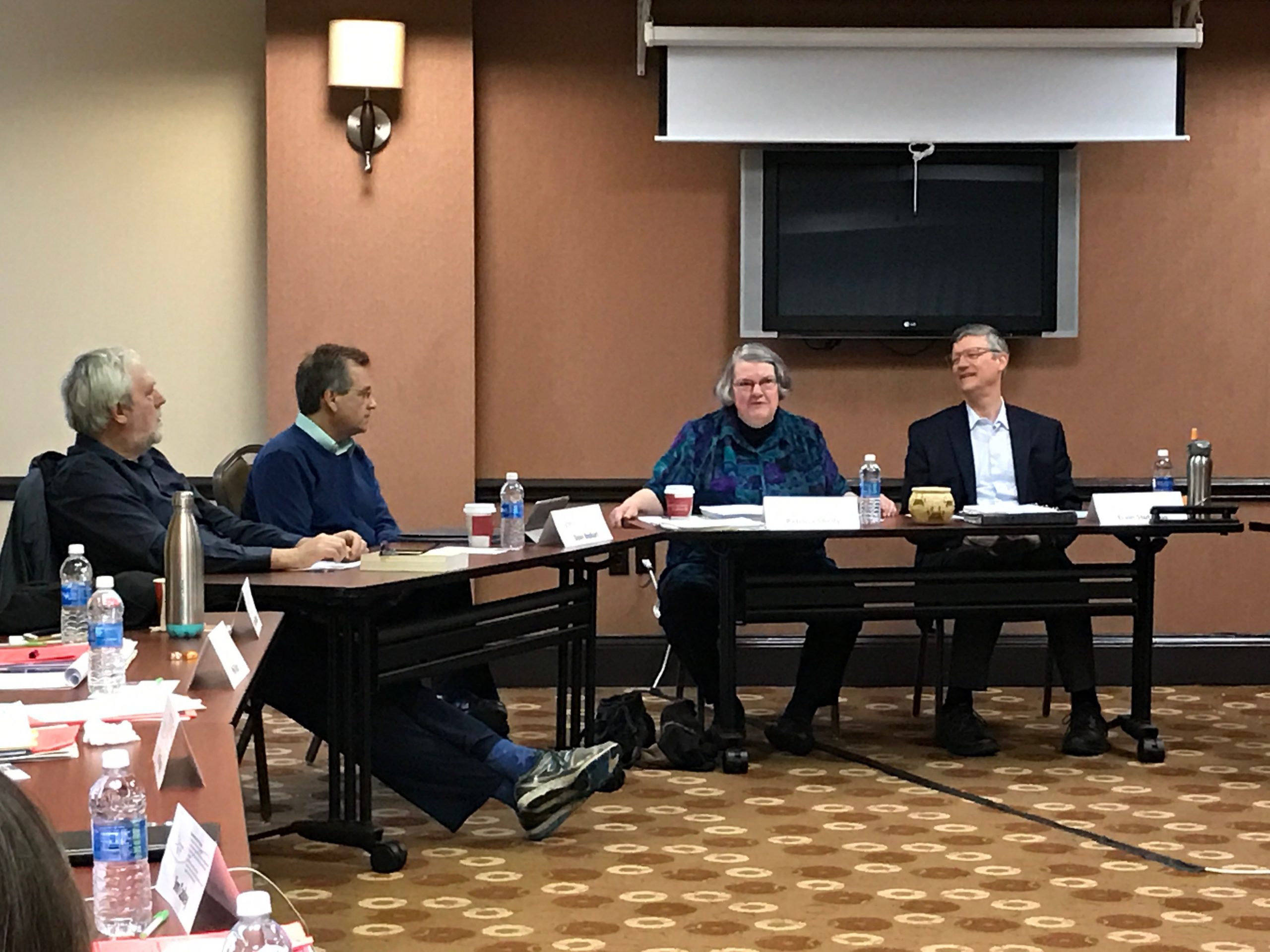 The Mennonite Church USA Executive Board (EB) gathered March 30 – April 1 for the final meeting of the 2015-2017 biennium and the EB’s last gathering before the Delegate Assembly in Orlando.

In his report to the board, executive director Ervin Stutzman celebrated the fact that the mortgage for the Mennonite Church USA offices in Elkhart, Indiana, are now paid in full, years ahead of schedule. Stutzman shared photos of the recent mortgage burning ceremony in Elkhart.

Unfortunately there was some confusion about which documents were being burned at the ceremony, and the leaders accidently set fire to last copy of the Mennonite Church USA membership guidelines.

“Thankfully, due to our recent conversations, we know this document inside out,” said Stutzman. “Many of us can even recite it from memory.”

Stutzman together with Terry Shue, director of Leadership Development, and denominational minister Nancy Kauffmann will assemble a committee to work on re-creating the membership guidelines documents.

The EB also considered the following proposals from Stutzman and EB staff:

“EB members need the opportunity to let loose; our meetings can be stressful,” said Stutzman. “I thought the chance to roll some dice in their down time would be much appreciated.”

“We see this as an opportunity,” said de Leόn-Hartshorn. “There are no Mennonite churches in Hawaii, and we are called to go and make disciples – we’d be fulfilling our missional call.”

In an unprecedented unanimous vote, the EB approved all of the above proposals.

“I cannot deny how joyful I am,” said moderator Patricia Shelly. “It feels so good to be of one mind – all on the same page.”

April Fools! … Unfortunately, these proposals weren’t on the EB agenda this weekend, and the membership guidelines weren’t actually burned. Stay tuned for the real EB meeting report early next week.