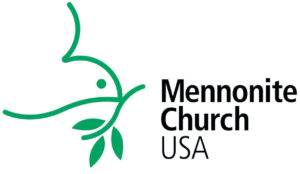 ELKHART, Indiana (Mennonite Church USA) — Glen Guyton, executive director of Mennonite Church USA, is one of 33 leaders of churches and faith-based organizations that has signed a letter to President Joe Biden, in support of his recent efforts to pursue negotiations on nuclear arms control. The letter acknowledges that “Subjecting humanity and the planet to … the threat of nuclear weapons is not only a flagrant violation of international law but also an affront to human decency and the values of the world’s religious traditions.”

We, the undersigned members of religious communities, strongly support your recent statements on the necessity for negotiations on nuclear arms control and the recent agreement with Russia to pursue such negotiations. We urge that they begin as soon as possible.

We believe that the time is long overdue for the elimination of nuclear weapons, and we believe that two recent developments make it essential that the issue receive prompt and urgent attention:

First, we are deeply concerned that the danger of nuclear war is growing. Since the Russian invasion of Ukraine, nuclear threats and rhetoric have reached levels not seen since the early days of the Cold War. All but one of the arms control treaties between the United States and Russia have expired or been terminated. All of the nuclear weapon states are modernizing their arsenals. Advances in military technology are shortening warning and decision times, thus increasing the danger of nuclear war by accident or by response to a false alarm. The Secretary General of the United Nations has said that humanity is “one misunderstanding, one miscalculation from nuclear annihilation.”

Second, two scientific studies released this summer found that, in a nuclear war, hundreds of millions of deaths from blast, fire and radiation would be just the beginning of the horrors unleashed. In a model of a full-scale war between the United States and Russia1, climate scientists Lili Xia, Alan Robock and their colleagues calculate that five billion people would subsequently die from hunger as soot and smoke from nuclear firestorms blocked sunlight, causing drastic temperature drops and massive crop failures. The climate effects of even a smaller nuclear war between India and Pakistan were projected to cause two billion deaths from hunger. A separate study of nuclear climate effects on the ocean2 found that, in addition to the crop failures mentioned above, “the nuclear cooling event” would decimate marine life and cause massive expansion of sea ice, ushering in a “Nuclear Little Ice Age.” Climate models indicate that the ocean would take many decades to return to normal. Subjecting humanity and the planet to this kind of danger from the threat of nuclear weapons is not only a flagrant violation of international law but also an affront to human decency and the values of the world’s religious traditions.

We affirm the view previously expressed by religious authorities that nuclear weapons are inherently immoral because of their horrific and indiscriminate effects on civilians and on the environment. Similar statements have also been made by, among others, the International Court of Justice and the International Red Cross/Red Crescent.

Under the Nonproliferation Treaty the nuclear weapons states have committed themselves to negotiating nuclear disarmament and the elimination of their arsenals, but they appear to have relegated the achievement of that goal to an uncertain date in the distant future, perhaps not within the lifetime of present government leaders. The peril created by nuclear weapons makes such indefinite delay morally unacceptable.

Several times already the world has come within minutes of accidental nuclear war through human or computer error, and at least one of these incidents occurred years after the end of the Cold War. New delivery systems, which are more rapid and harder to detect, are shortening warning and decision times, thus increasing the danger of war by accident or miscalculation. Weapons with greater accuracy and lower yield risk lowering the threshold for actual use. Several past nuclear false alarms have been resolved by human judgment, and increased reliance on automation can introduce new points of vulnerability.

Delay also increases the danger of nuclear proliferation. Under the Non-proliferation Treaty, which entered into force more than fifty years ago, the non-nuclear weapons states agreed not to acquire these armaments in exchange for a commitment by the nuclear powers to negotiate genuine disarmament. Continuing delay in meeting that commitment is placing increased pressure on the entire non-proliferation regime.

In addition to the dangers of accidental war, terrorism, and proliferation, it would be unwise to ignore the risk that confrontation among nuclear powers could escalate out of control. It is sobering to recall that in World War I the world’s major powers drifted and blundered into a war which none of them wanted and which was ruinous for all of them.

Mr. President, for the sake of the entire human family, we urge you to press for the resumption of arms control negotiations without further delay.

RENEW NUCLEAR ARMS CONTROL NEGOTIATIONS NOW!
The United States and Russia have agreed to resume nuclear arms control negotiations, but no date has been set. There is an urgent need to begin these negotiations as soon as possible.
The risk of nuclear war is at its highest point since the Cuban Missile Crisis. New START, the last remaining US-Russian arms control treaty, expires soon and there are technical issues to be resolved before it can be renewed. Meanwhile new developments in technology are raising the risk of nuclear war by accident or miscalculation.

TAKE ACTION- send President Biden an email (comments@whitehouse.gov ) with the message (preferably personalized in your own words):
“Mr. President, please seek to resume nuclear arms control with Russia as soon as possible. I am extremely concerned about the growing risk, and time may be short.”