A beginners’ guide to political advocacy 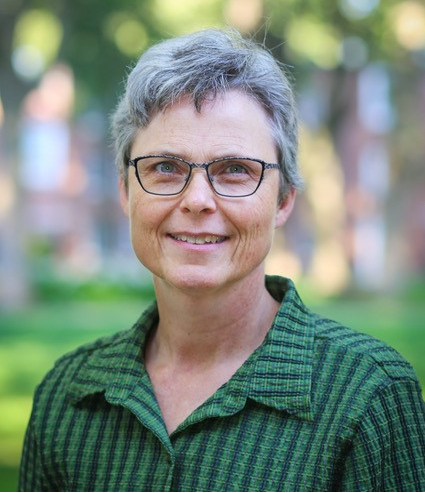 Jennifer Halteman Schrock is the leader of Mennonite Creation Care Network (MCCN) and the communications manager for Merry Lea Environmental Learning Center of Goshen College. She lives in Goshen, Indiana, with her husband, Dan, and is part of Berkey Avenue Mennonite Fellowship.

It was not a welcome request. Would I, as the leader of Mennonite Creation Care Network like to speak at a Renewable Energy Day at the Indiana Statehouse?

Would I like to spend my Christmas vacation thinking about what to say, then head out on a long drive ­­­in winter weather to address a group of people I didn’t know in an unfamiliar context?

No, I did not want to do that. I had never set one toe in the Statehouse before. I preferred to stay home and make a comforter for Mennonite Central Committee’s Great Winter Warm-up. I suspect that a few of you are with me in this.

I did it anyway. (Read the content of my talk here.)

I did it because I care deeply about climate change, and I believe it is our responsibility to speak our truths in the halls of power.

I have no regrets—except for the carbon it took me to get there. It was a grand adventure, full of interesting people and new discoveries. Below are three of the things that happened for me when I said yes to this call.

I was graced with the support I needed.

I did not go alone. Once I committed to this expedition, support came out of the woodwork from everywhere. An unusual number of people offered prayer and encouragement. The Sunday beforehand, the Magi showed up in the lectionary. It was my turn to lead the children’s time, and together, we pondered whether praying for leaders like King Herod would make any difference.

Another member of Mennonite Creation Care Network was willing to come with me and proved a wonderful companion. She even did all the driving. At the rally, a young Lutheran pastor and I sat together, waiting our turns to speak. Throughout the experience, I felt surrounded by a cloud of witnesses: friends and family, churches in the MCCN network, children of the future and voices from the past.

Just as important was the role that Hoosier Interfaith Power and Light (HIPL) played in encouraging me to express my core convictions. HIPL is the Indiana affiliate of a national, ecumenical organization that mobilizes people of faith to take action on climate change. Without the framework they provided and instructions to explain why my faith tradition favors renewable energy, I would not have had the courage to quote Jesus in this most secular of settings. I would have felt like a religious kook from a small, idealistic sect. Instead, it was empowering to speak at the invitation of a broad coalition of people with diverse faith stories but similar ethics.

It is not wise to discount the powers and principalities that shape our society, but neither should we overlook the human agency of people in power. As ethicist Cynthia Moe-Lobeda is fond of saying, people created the messes we are in; that means they can also choose paths out of them.

Meeting government leaders and seeing their workplaces underscores this point. Even a building with pillars and chandeliers is still just a building once you’ve sat in one of its folding chairs. Its occupants are not fairy tale demons but ordinary-looking humans with demanding jobs. They have time limits and family health problems and particular interests just like the rest of us. I was amused to find that my office at a Mennonite non-profit is more pleasant than the one my state senator enjoys. I have a window, a forest and a door that closes; we met him in an open plan office cubby with the next desk a yard away.

The task I was set was not as grandiose as I had first feared. Speaking at the Renewable Energy Lobby Day was not that different from speaking in a church basement. There were about 50 chairs set up and a ring of nonprofit booths around the common area. Kids whose teachers had brought them wandered about in T-shirts. The lunch was late, distracting people from the program. Some state senators may have attended, but they certainly didn’t all flock to hear us. I came away with the impression that politics is like parenting: it is composed of thousands of tiny acts that appear insignificant. Much later, you might or might not see results.

Much has been written in environmental circles about whether shorter showers or household recycling matter when change at the policy level is desperately needed. This dichotomy collapses when you are standing in the Statehouse. You can’t call for moral courage from your leaders without wondering where yours is. You can’t call for bipartisan cooperation on climate change without scanning your circle of acquaintance in search of the same.

Likewise, if you ask people to imagine a society that has slashed its fossil fuel use, it’s very nice to be able to name 25 churches with solar panels. I didn’t have to say that we should not burn coal if only the government would make it easier; I could say that our denominational headquarters, our seminaries, our colleges, our development agency and our thrift stores had already invested in solar power. How can we change broader structures without people who know what it is like to bike to work, use resources sparingly or live off the grid?

In conclusion, I encourage you to speak to your leaders about climate justice—and other issues you care about. I was raised to believe that Mennonites should stay out of matters of governance. I have no skills in debate, no particular affinity for activism and little background in policy. When called upon, I brought with me only the conviction that the Word of God and the ministry of Jesus have something to say to the climate crisis. If I can do this, you can too.