Doctrine of Discovery series: My commissioning

At convention in July, I will be presenting a series of workshops on the Doctrine of Discovery together with a working group of other Mennonites from around the country. This doctrine defines many aspects of my life as an Indigenous woman in North America; it likewise defines the context for Indigenous friends who I have come to represent and who inhabit the northern rainforest region of South America. In this series of essays, I will do my best to explain the biblical, historical and legal roots of this Christian doctrine. First, I want to share part of my story.

In 2004, I was privileged to be part of a research team working in the rainforest of Suriname, South America. As the staff social scientist, my job was to create guidelines for the team to interact with Indigenous communities who were potentially impacted by contamination from gold mining. At first, this seemed like a reasonable and doable task: review past research, create culturally appropriate methods, and consult with Indigenous communities in the process.

Primarily women came to community meetings. They brought their children with them as they discussed the life and death impacts of cyanide and mercury contamination: poisoned water and watersheds that served as the sole sources of clean water and food for the communities; birth defects; still births; pre-mature death. They further discussed the impact of prospecting in their homes and lives, including forced relocation, intimidation, malnutrition, militarization of their traditional lands. Over and over again I heard the same refrain – outsiders came in and took our lands. We have no homes. No food. No way to provide for our families.

I felt it was not my place to become personally involved with these women and their children. To do so would threaten my professional objectivity. I was told this by my training, my mentors and my colleagues. The tension I felt internally was resolved for me in 2005 when I met a woman named Dina. 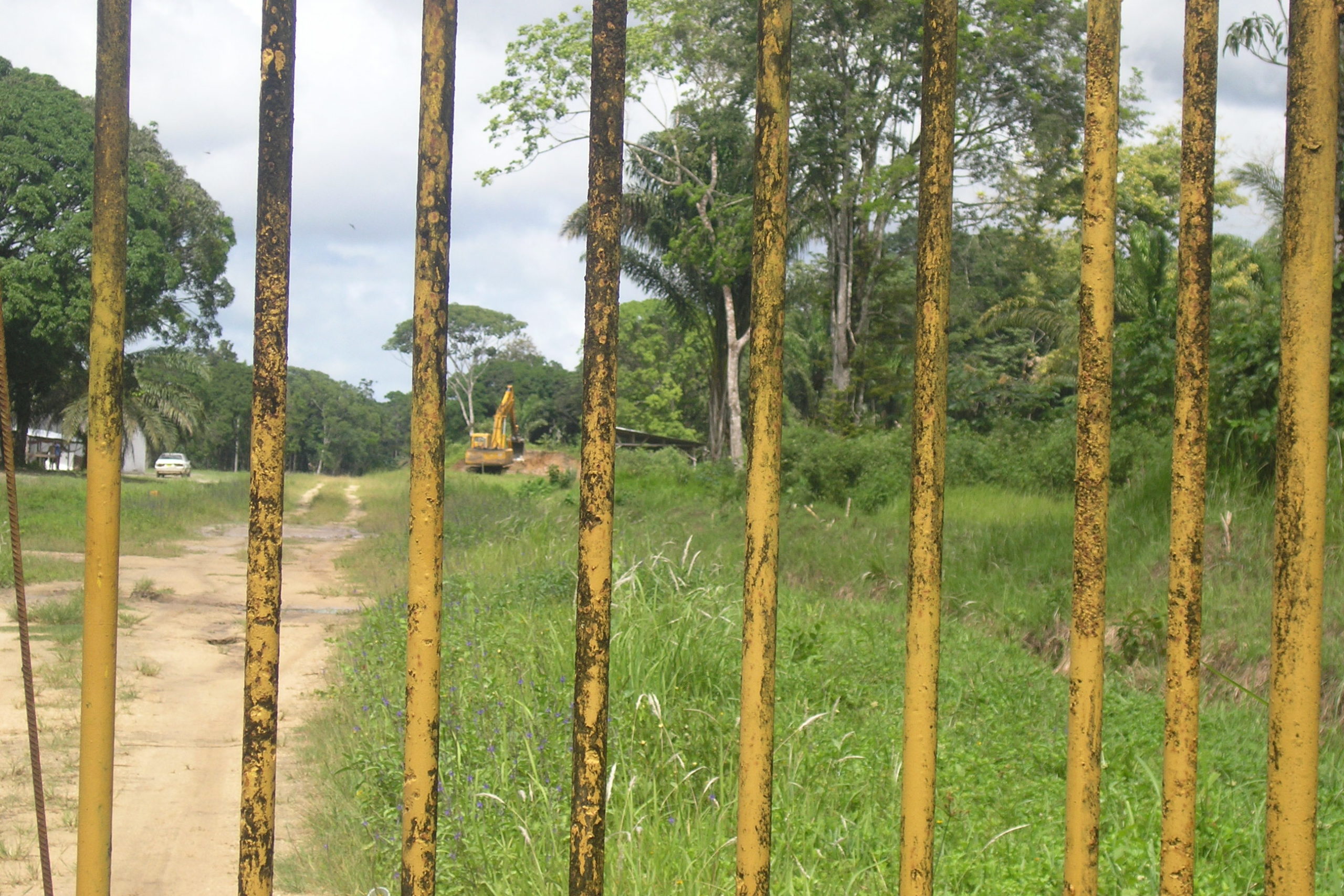 the fence beyond which stood Dina’s home and the village

I had been in the small rainforest village of Pikin Poika all day. The village is just north of the Amazon region in the small country of Suriname. We had traveled by car and then by boat to get to the community of shacks covered by thatched roofs arranged around a central meeting area. My task was to monitor the conversation, take notes and to observe. I sat in the community square on a wood bench in the open air, shaded by thatch. In heat and high humidity for more than eight hours, I listened to community members recount their experiences with the aid of a translator. Dina, an elder, recounted how her home and small garden had been bulldozed while she was in the capitol city receiving treatment for diabetes. When she returned to her home, a fence had been erected around the land where she had lived with her neighbors. The village land had been granted as a concession to a business interest that planned to build an eco-resort where the village had stood. The whole community now lived in a cramped, make-shift camp next to the fence.

I was with a team of a half-dozen people from the United States. But Dina spoke directly to me, looking into my eyes the entire time. As she told her story, she stood up with dignity, straight-backed, despite her age and illness, and pointed her finger at me.

“This is what I want to know,” she said to me, stepping toward me. “Are you going to fight with me?”   Didn’t she know I was a social scientist, a scholar? My commitment to the project was to write a report, or at the most, to find the appropriate NGO that could assist these people. What could I possibly do to right how she had been wronged? She continued to walk toward me. “Well?” She asked. “Are you going to fight with me? Are you going to help me?” The eyes of everyone in the square, including the people on my team, were fixed on me.

What could I say?

This decision, made in an instant, has defined my life since. As a friend told me several years later, as I scoured the Mennonite world looking for people willing to go on a human rights delegation to Suriname, Dina had spoken my commissioning. I had received a divine call from an aging Indigenous woman, and would spend the next decade trying to respond to that call.

Dina is the reason I became involved in the work of dismantling the Doctrine of Discovery. It was through her that I began to realize its impact on my life, on the lives of Indigenous peoples in North America, and on the life of the church. I hope you will engage with me in unpacking the Doctrine of Discovery over the next few months, and when we meet face-to-face in Kansas City in July.