“Nature against Empire”: A Biblical Reality Check on Climate Crisis and Justice 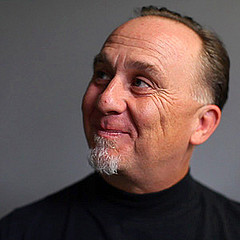 Ched Myers is an activist biblical theologian working with Bartimaeus Cooperative Ministries (www.bcm-net.org) in the Ventura River Watershed of southern California. Find his many publications at www.ChedMyers.org.

The realities of climate chaos hit us hard in December 2017 during the Thomas Fire here in Ventura county. California’s largest wildfire on record at the time, it had us surrounded, scorching 80 % of our watershed. It was an apocalyptic unveiling, the kind shared by survivors of hurricanes in Houston and Puerto Rico or fires in Australia.

As a fifth generation Californian, I understand that chaparral wildfires are part of the ecology of my bioregion. But the unprecedented conditions of aridity and drought that caused the monster Thomas inferno were aberrant (See this 2016 National Academy of Sciences study). Unfortunately, scientific data has proven relatively impotent in mobilizing popular opinion. Nor have incremental global temperature spikes, polar ice loss or sea level rise: out of sight, out of mind. But “extreme weather” at our own doorsteps should get our attention.

The media still won’t name climate change plainly as the cause. Worse, officials speak of it as if these things are being done to us, rather than by us. So we must turn to deeper wisdom.

British theologian Michael Northcott’s important 2013 book Political Theology of Climate Change offered an explanation: our modern worldview offers no frame of reference for the “politics of slow catastrophe” stalking our history. He shows how traditional cosmologies, including the biblical one, understood climate as political: the behavior of nations influenced the integrity of nature, which often “reciprocated.”

Modernity banished that notion as superstitious and unscientific. Humans and our technologies are now in control, and the Creation is depersonalized, demystified and commodified. But this modern paradigm has been exposed as toxic. As eco-philosopher/farmer Masanobu Fukuoka put it, “If we throw Mother Nature out the window, she comes back in the door with a pitchfork.”

What Northcott calls “climate apocalyptic” can be seen in the imaginary of political prisoner John of Patmos in the Book of Revelation. We are told that the fourth horseman of apocalypse brings death by “pestilence and by wild beasts of the earth” (Rev 6:8), a dark vision of nature turned lethal. While a revolt of the biosphere is something the ancients saw only through a glass darkly, it has become the defining feature of our own historical moment, revealed by interlocking ecological crises of resource depletion, habitat destruction, and species extinction.

We must try, like John the Revelator, to see through the veil — especially when it’s painful, depressing or paralyzing — in order to glimpse good news in these hard times.

The notion of Creation’s insurrection against human hubris has a deep biblical genealogy, with roots in the old story of the Genesis flood. But it is articulated most fully in the Plagues narrative of Exodus, an ancient tale of divine judgment that has much to teach us as we grasp for metaphors to make sense of our climate apocalyptic (I more fully develop the following in a forthcoming article in the Mennonite Brethren journal Direction).

Exodus is the story of empire told from below. Its first fourteen chapters narrate a slave revolt in Egypt that is full of magical tales and archetypal symbolism. Its realism about the futility of negotiating with tyranny (Moses vs. Pharaoh) is all too recognizable to oppressed people throughout history. This is why this story has been memorialized by Jews and adopted by many others struggling for freedom over three millennia (as summarized by Michael Walzer), not least by African slaves in American fields singing “Go Down Moses.”

The Hebrew liberation movement is animated by Yahweh’s attentiveness to the bitter realities of domination (Exodus 6:5). Yet the Israelites can’t follow Moses because of their “broken spirit” (Exodus 6:9). This impasse is broken by divine initiative: Creator instructs Creation to rise against Empire on behalf of the beleaguered slaves. So begins the series of plagues, winding through the conflict like a labyrinth, slowly escalating the stakes.

This drama is a triangle of contestation. The protagonist Hebrews and antagonist Pharaoh (the cynical ruler continually “hardening his heart” and reneging on agreements) are joined by a third character: nature herself, mobilized to counter-balance an otherwise vastly unequal power struggle.

As negotiations between Moses and Pharaoh harden, the plagues intensify to cosmic proportions. In the penultimate plague, darkness falls, a foreboding harbinger of the finale to come, and “People could not see one another, and for three days could not move” (Exodus 10:21-23). What an evocative description of our own collective blindness and paralysis under climate ultimatums, enslaved by our carbon addictions!

This ancient story is predicated on the prophetic conviction that empire brings destruction upon itself. In Exodus, nature’s revolt is generated by the groan of oppression and extended because of the duplicity of Pharaoh’s administration. We do not need to take the plagues literally to see how they mythically articulate historical reality (though see more on the plagues here).

Overexploitation of human and natural resources indeed led to ecological collapse in ancient Mesopotamia (per Jared Diamond), and do so today. Nature represents divinely designed limits, and our violations have consequences — whether they unfold slowly or dramatically.

The resonance between the diagnoses of ancient scripture and modern science is sobering.  It inspires and animates me to work to change an economic system from which I have historically benefited, but which has brought about a climate crisis threatening all life on the planet — and impacting the poor first and worst.

The choice facing the church is increasingly stark: either we take refuge in increasingly overwrought denial, or we embrace a more radical discipleship — beginning in our own watershed.

Biblical judgment oracles are “good news” because they unveil inconvenient reality in order to stimulate repentance — the struggle to “turn around” our personal and political history of captivity. May we help overturn the rule of “the carbon Pharaohs” (Rabbi Arthur Waskow) through communal change and public witness (see a pilgrimage, march and resources at the Mennonite Creation Care Network), becoming Beloved Community with Creation!