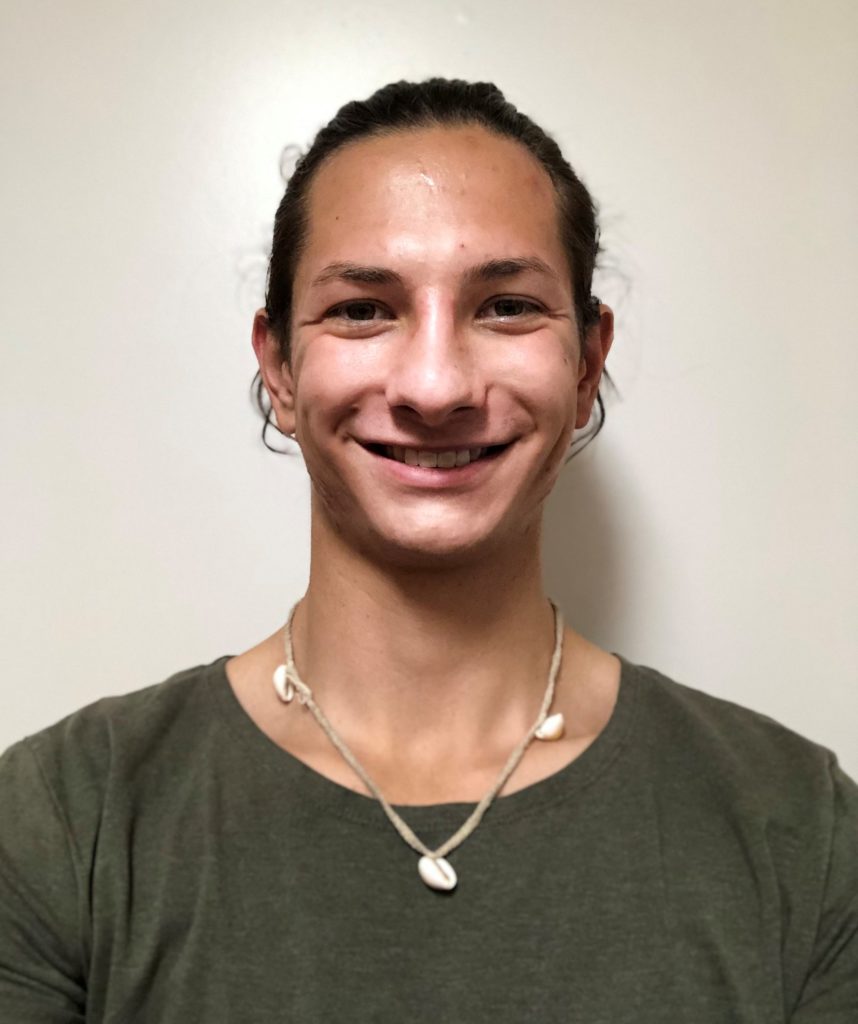 Cade Fisher is the oldest of three brothers and a third-year Peace, Justice, and Conflict Studies major with minors in Music and Video Game Development at Goshen College. His interests include playing bass in the orchestra and singing in the choirs at Goshen and learning about health and fitness. In his free time, he enjoys reading science fiction and fantasy in his hammock, as well as playing games like Dutch Blitz. After finishing his undergraduate, Cade has considered pursuing a law degree with a focus on immigration law.

My first thought, when invited to write a blog post about the work of anti-racism, was, “what can I, a middle class, cis-gendered, heterosexual, able-bodied white male, have to offer to this conversation?” That’s a dangerous thought to have. That’s a cop-out. That excuses me from the frightening work of self-reflection, an endeavor that 18 to 24-year-old college students are not eager to undertake.

It can be easy for me to say, my generation isn’t as racist as previous generations. But still, I don’t think I can claim to be anti-racist. That would imply that, in my youth, I don’t have all the answers! How can this be that I am not the greatest culmination of human achievement and progress? Surely, my generation exhibits the greatest advancements in social equity to date.

Because of post-racial idealism like this, the need for anti-racist work is still present on college campuses and in the social ambits of young people. I’ve been continuing my own education and have been reading different authors. Among those are Ibram X. Kendi and Ijeoma Oluo.

In his book, How to Be an Anti-Racist, Kendi argues that racism isn’t fueled by ignorance. White people already know that BIPOC (Black, Indigenous, and people of color) are suffering at our expense. Instead, it’s self-interest that drives racist policies which are then supported by fabricated racist ideas and behaviors. Racist policies come before racist ideas. This to me sends a clear message. If this is true, then we need to organize—not simply mobilize—the youth to consistently participate in anti-racist policymaking — whether that is voting for people with anti-racist policies or running on those platforms ourselves. This is important not only at the national level but in fact, more important at the state and local levels.

Reading Oluo’s book, So you want to talk about race? I am reminded that no matter how hard I try, I will mess up when having conversations about race. Oluo frequently reminds white readers that this conversation is not about us and how critical it is that we think about and question our privilege. I found the prompts she listed much more helpful and concrete than simply thinking about “checking my privilege.” These include prodding at our areas of comfort. Why can I make this choice about what I eat or what I wear? How have I gained access to certain benefits? Where do I feel comfortable and why? Do other people experience these things as I do?

We need to work on building our stamina. Just as we have trained ourselves for brief, explosive encounters, we can train ourselves for this longer work.

It will require coaches and learning from those who have come before us. It will require a tenacious will that members of our generation have exhibited in the fight to mitigate climate change. It will require people like me, who are the pinnacle of the dominant culture in the United States, to be the most aware of how our movements through life have unintended ripples that we previously ignored and for us to speak up for the people who society stifles. If my professors, managers at work, congresspeople, and other white people will listen to me because of my identity, then it’s my responsibility to push them to listen to the voices of others as well.

Young people have as much work to do as anyone else and we have the raw energy to do it. Yet we require the guidance of those with more experience to help us set the proper pace that will maximize and compound our effects.

I also think it’s important to note that I have not lived through any other reality. My experiences in this world have been limited by my brief time here, even briefer still if one is considering the amount of time I’ve actually been aware and invested in societal undercurrents. This would only be about five years (or six if we’re being generous to the maturity of 15-year-old Cade). That is barely longer than Donald Trump has been in office. I’m not claiming that this severely limited time frame is an excuse for any behavior or lack thereof, but instead, acknowledging that this is my reality and that it impacts my experience in the world in a similar way to another identifying trait.

My limits cause me to wonder: what is possible? How rapidly or slowly can or will things really change? There really isn’t an end to these fights, is there? What will be my role in all of this? Are there any models who have come before me that I can learn from and incorporate into my life? How does religion, in its diverse forms and functions, fit into all of this?