Do you remember the first time you saw World War II era color photographs, perhaps of American or German soldiers, or of “Rosie the Riveter” at work in an American factory?  I do, and I vividly recall the strangeness of seeing in bright – even garish – colors what was previously known to me only in shades of gray.  The Nazi uniforms were indeed a most unappealing shade of brown, and the female factory workers wore no lipstick, unless they were dolled up for a special photo opportunity.

The color in such images makes the photographic subjects both more immediate and more alien to the viewer.  The immediacy derives from the realization that the people depicted in these photographs look rather like the people we see every day.  Of course, their clothes may seem unfashionable or “vintage,” but their faces and body language bear similarities to those of neighbors, acquaintances, or passers-by.  The alienation effect arises from the dissonance of the color images with our conceptions of World War II.  World War II was so long ago and so distant from us now, how could it not have been in black and white? 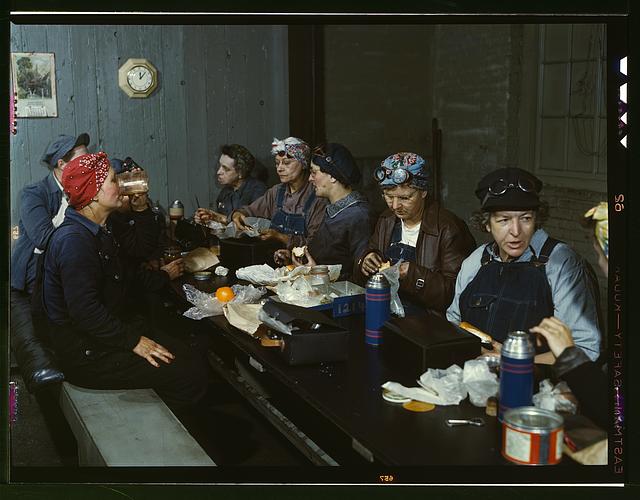 I offer these reflections on historic color images because the archives recently received a rare and precious donation – a scrapbook containing color photographic prints of Civilian Public Service Camp No. 141 (Gulfport, Mississippi).   Emanuel C. Hertzler, a C.P.S. volunteer who went on to teach at Kent State University and the University of Michigan, created the scrapbook to document the work of the Public Health Service unit that fought hookworm infection and improved bathroom facilities in Harrison County.  I invite you to take a look at the sampling of images from the scrapbook below, and reflect on how these color images challenge your perceptions of Mennonite alternative service during World War II.  Additional photos may be viewed on the Mennonite Church USA Archives Flickr photostream: https://www.flickr.com/photos/mennonitechurchusa-archives/sets/72157645188586076/ 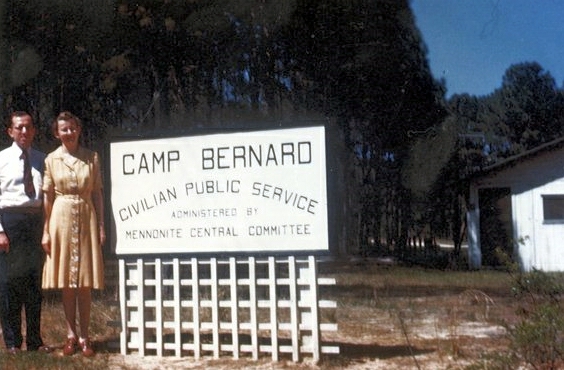 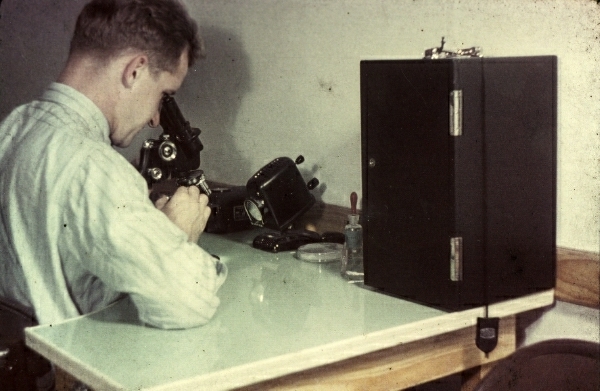 Emanuel Hertzler uses a microscope to find and identify parasites, circa 1946. 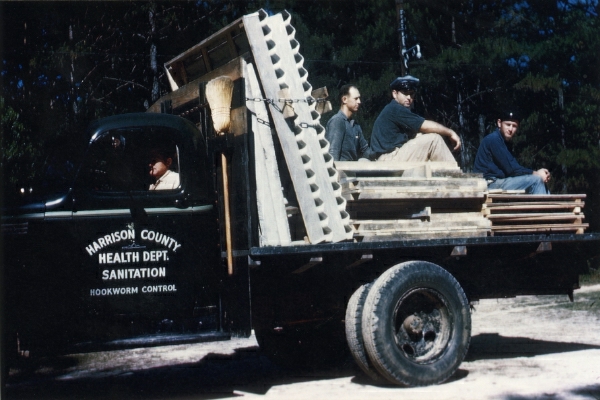 Truck leaves camp to deliver privies to families who had no sanitary facilities. Driver: Robert Unruh. Passengers: Herb Dahlke, John Nussbaum, and ??, circa 1946.