Home / Intercultural Transformation / Hope for the Future: Do you want to get well?
Feb 28 2017

Hope for the Future: Do you want to get well? 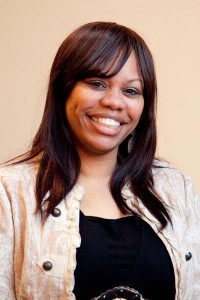 This is the third post in a blog series from participants in Hope for the Future (HFF), an annual gathering of people of color serving in leadership positions across Mennonite Church USA. HFF gatherings began in 2012 and initially served to create space for mutual support among people of color in Mennonite Church USA institutions and agencies. In recent years, white leaders across the denomination have been invited to participate.

Hyacinth Stevens, is co- pastor of King of Glory Tabernacle in the Bronx, New York. She is also a program coordinator for MCC East Coast in New York City. She holds a Bachelor of Science in Education and Religion, a Masters of Administration and a Masters of Public Affairs. She serves on Mennonite Women USA board as the African American Mennonite Association representative (AAMA). Hyacinth and her husband Benjamin Stevens have four children.

There’s a stirring! Get into the Bethesda pool, the place of healing, care, release, renewal, sharing, wailing, regeneration, connecting and assembly. I jumped into the pool at Hope for the Future, the place at the Sheep Gate, experiencing the presence of the Great Shepard. As we gathered collectively, in small groups and in one-on-one conversations, the pool continued to stir. We were invited to recall the past, so that it might heal and look to the future, so that healing and hope might be proclaimed in the projections of what’s next. The sentiment in the atmosphere: we will not go any further in this condition.

Empowered by the Spirit of Christ inviting us into action, we spoke to the borders and boundaries of the visible and invisible hierarchy, “Be healed. It is not acceptable to sit on the sideline waiting for hope. The water is stirring and hope and faith are clearing the murky waters. Get in the pool!”

It’s okay, if you’re immobilized, wounded, jaded, biased, afraid, marginalized, silenced or uncertain upon arrival, but now the water is stirring. Get in. It’s safe. Get in and shed the pain, frustration and isolation. Come into a community where you can be reassembled. Be reassembled by the possibilities of us. Be reassembled by the power of the Holy Spirt at work. The Sophia, the collective wisdom released over the atmosphere as the Spirit hoovers over the water. The conditions around us will NOT determine nor limit what’s next, once we’re in the pool.

In the scripture passage found in John chapter 5 the sick man is healed at the pool of Bethesda. In John 5: 6 “When Jesus saw the man lying there and learned that he had been in this condition for a long time, he asked him, do you want to get well”?

We the church, the agencies and institutions see the sickness of soul that produces a multilayered injustice. Will we sit and wait? Will we continue to blend and camouflage into the illnesses of society and furthermore, into the dullness and complacency of co-existence?

Are we too, like those on the colonnade porch lying and waiting for something to happen? Jesus came to the porch. Jesus came into the space. Jesus is in our space right now asking us – so, do you want to get well?

One of my favorite parts of John 5 is verse eight. This is the moment of equality and participation – Jesus doesn’t see the man as incapable. He sees his ability. He says, “Get Up! Pick up your mat and walk.” Scripture says, “At once the man was cured; he picked up his mat and walked.” HFF is a reminder of the invitation to walk in the fullness of who we are as individuals and who we are called to be as the church. As Anabaptist institutions and agencies what will be our transformed witness?

After HFF, I want to herald in my spaces and networks about the possibilities of what we can be in community as the healing flows. With expectation, we ask our church, our institutions, and our agencies – Do You want to get well? HFF is a space where the waters are stirring and the spirit is trumpeting, pick up your mat! The evidence of healing is the reconciliation to truth and integrity where they have been disconnected. No longer willingly lame. No more. Pick up your mat! Be healed!

The pool is stirring, Jesus is present and we herald, “HFF is not a stagnant space. It is a reflection of us assembled together by the Great Shepard.” For those who put their hope in the Lord will not be put to shame.” Psalms 25:3.

Hope for the Future is in the hand of the Lord. In faith and hope we see a healed future. These thoughts I hold and cherish from my experience at HFF.