Sexual abuse is not a “Catholic problem” 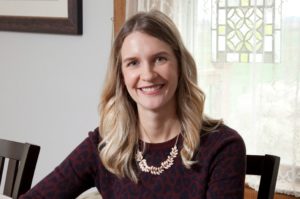 Anna Groff is chair of the Panel on Sexual Abuse Prevention and the executive director of Dove’s Nest: Faith Communities Keeping Children and Youth Safe.

I encourage you to watch the movie Spotlight with your friends, small group or Sunday school class. Not only is it an incredible movie, but it can lead to eye-opening conversations.

Spotlight, which takes place beginning in 2001, shows a team at the Boston Globe investigate cases of sexual abuse by Roman Catholic priests in the Boston diocese.

I watched it this year with a group of friends from my church. While well-intended, the discussion following the movie started down an unhealthy and unhelpful line of thinking: We started discussing hierarchy in the Catholic church and priest’s celibacy requirement, implying that since our Mennonite denomination functions differently, we’re off the hook. During the movie, I myself found it difficult to resist thinking, “Well, at least Mennonites aren’t as bad as the Catholic church.”

Fortunately, as a group we were prepared with a quote from Marie Fortune in a Spotlight discussion guide:

“While non-Catholics might be tempted to walk away from the theater with just a tinge of self-righteousness, assuming that this is a Catholic problem, don’t give into that temptation. And let us not spend time arguing over whether ‘the problem’ is greater or lesser in our faith community.”

It’s a reality in every faith community, she writes. 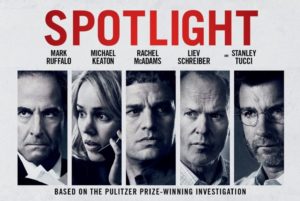 This quote pushed us and we were able to reflect together on the need to remember that sexual abuse is among us as Mennonites. We have victims — known and unknown — within our own congregation.

One in five women in Mennonite Church USA report experiencing sexual abuse and one in 20 men, which is not much lower than the numbers for society at large. While these numbers do not reflect pastoral abuse, it is important to remember that within many Mennonite churches lay people hold leadership roles as Sunday school teachers, elders, deacons and more. And that the majority of victims know their offenders through family, friend and church connections.
Yes, one of the victims in the film said, When a priest asks you to do something, it’s like God is asking you to do something. You don’t say no to God.

Mennonites may not relate to that theology, but we can relate to putting community above ourselves, protecting powerful individuals, or a pressure to forgive and endure suffering, which may keep abuse hidden or ignored.

While incredibly disturbing, it is also pertinent to know that abusers of children are often highly religious. Carolyn Holderread Heggen in her book Sexual Abuse in Christian Homes and Churches, carefully notes that religious beliefs do not cause abuse. But certain religious beliefs interacting with other factors “provide an environment where abuse can occur.”

And as some cardinals and bishops have protected abusive priests, some Mennonite churches have threatened the safety of those most vulnerable in the church by  blindly including and forgiving offenders.

Yes, our hierarchy as Mennonites is different, but society’s patriarchal systems are common threads running throughout many religious groups. For example, referring to God as a “he”  or “him,” or accommodating a male-dominated leadership.

“Men sexually abuse because our patriarchal society implicitly condones the abuse of women and children. And men believe they can get away with it,” writes Heggen.

Like the Catholic Church, we have survivors and victims in our midst. Some have turned to God and/or a faith community despite, or because of, the trauma and tragedy in their lives. Others have faced isolation and silence, and left the church.

So, what can we do to challenge the norm of patriarchal systems in our church?

As Heggen so powerfully writes, “We must reconsider our basic beliefs about femaleness and maleness … Congregations should be places where people experience shared power, where they learn new models of partnership.”