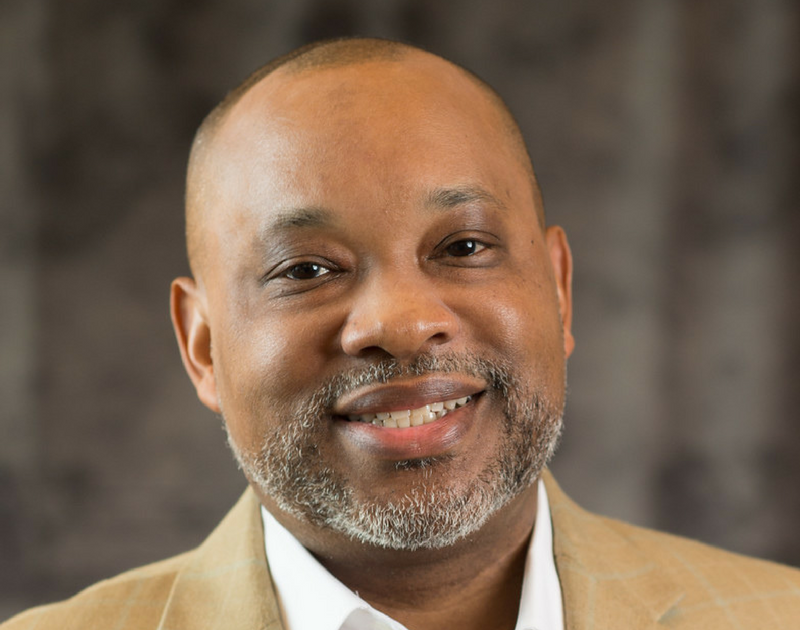 Glen Guyton is executive director of Mennonite Church USA and will be giving the closing message at #MennoCon19.

The closing worship service for #MennoCon19 is based on Jesus’ sending words to his disciples in John 20, “I Also Send You.” Traditionally, the sending message  at the end of our national conventions  is a charge to answer the call to live into the great commission and witness to the world. The goal is always to transform that convention hype into a meaningful and lasting change in our home communities. But thinking about the last few years, I wonder if we’ve been successful. It seems to me, the convention hype has fizzled. Our denomination is not growing. People don’t recognize Christ when they see us in our home community. One could argue that we are a dying, divided, fractured group of believers. We are no better off than the disciples were after the crucifixion. “ It was evening on that day, the first day of the week, and the doors of the house where the disciples had met were locked for fear of the Jews” (John 20:19). Is that where we are in MC USA, fearful followers locked in a holy huddle?

Are we trapped into thinking that the so-called “contamination” of the world — someone’s identity, or bureaucratic relationships — are greater than our God?

Like the first disciples have we come to know Jesus as our savior, only to think it is impossible for God to overcome our issues? Our tribulations? Death? Maybe like in scripture, we need a few brave women to tell the good news.

As I think about the upcoming convention, I can’t help but think about the band Nirvana. They may not be the most theologically astute group as you think about worshipping as Anabaptists, but they do have a song that I think articulates who we should be as a church. The song is, “Come As You Are.” The lyrics go like this:

Come as you are, as you were

As I want you to be

As a known enemy

Take your time, hurry up

The choice is yours, don’t be late

Take a rest as a friend

As I want you to be

As a trend, as a friend

And I swear that I don’t have a gun

No I don’t have a gun

No I don’t have a gun

The church, this church, must move beyond its fear that sin, that identity, that our struggles, or anything thing else we imagine, is greater than the love of God and the power found in both the life and resurrection of Christ.

The church, this church, must send a clear message that we welcome people to come as they are to the foot of the cross. It is not in our power to transform or fix anyone. God is greater than you and God is greater than me. MC USA needs to welcome the dirty, the clean, the rich, the poor, the immoral, the pious, the drug addict, and the teetotaler. Twenty-six years ago, this church welcomed me just as I was, a soldier, immature, unbaptized, and ready to fight. And through the movement of God in me, I became a peace activist and the leader of the peace church. So tell me, what is too hard for God? What is possible when we allow people to come as they are and we let the Holy Spirit work through us?

The church, especially this peace church, needs to go out into the world disarmed. “He said to them, “The harvest is plentiful, but the laborers are few; therefore ask the Lord of the harvest to send out laborers into his harvest. Go on your way. See, I am sending you out like lambs into the midst of wolves. Carry no purse, no bag, no sandals; and greet no one on the road. Whatever house you enter, first say, ‘Peace to this house!’” (Luke 10: 2-5). Jesus did not send the disciples out armed with doctrines that steal, kill and destroy the hope of people in need. The Bible says that the weapons of our warfare are not earth based (2 Cor. 10:14). Human hands or understanding will not design the tools we need, yet we so quickly look to documents and procedural wrangling to hold us together. How has that worked out for us? While the holy scriptures ground us, maybe we can find some wisdom in the song “Come As You Are,” which may have been a cry for help from a deeply troubled and depressed music icon.

In some ways, the church and its witnesses are troubled icons. We say that the cross is significant for our faith. In secular terms it is our brand, but are we functioning in ways that truly represent the hope that is found there? We have dangerously and foolishly labeled ourselves and other believers conservatives and liberals, rather than followers of Christ, as if Donald Trump or Alexandria Ocasio-Cortez died on the cross for our sins. Who is the world looking to for hope, for love and comfort, if not to God’s church?

Recently a few millennial pastors and I were having a dialogue on Facebook about the power of women at the resurrection and, oddly enough, at Coachella. For those of you that don’t follow pop culture, Beyoncé Knowles is an African-American female performer from my hometown of Houston, Texas. She performed at the 2018 Coachella Valley Music and Arts Festival. Per Wikipedia,

Beyoncé was the first African-American woman to headline the festival. Her performances paid tribute to the culture of historically black colleges and universities, featuring a full marching band and majorette dancers while incorporating various aspects of black Greek life, such as a step show along with strolling by pledges. The performances were also influenced by black feminism.

One hundred twenty-five thousand people paid hundreds and thousands of dollars to watch her perform live. Almost 500 thousand people streamed her concert online. Right before Easter Sunday, Beyoncé released a concert film and live album of her performance entitled, “Homecoming” for which she was reportedly paid 60 million dollars. What is my point? Look what one black woman in America can do. She packaged her culture, her identity, and her determination into a performance that arguably reached more people than the current total number of people in our denomination. In one song Beyonce sings, “Ima keep on running ‘cause winners don’t quit on themselves.” Are we and MC USA willing to bet on ourselves, or better yet, on the power of the Holy Spirit to do its work? All analogies have their limitation, the goal of a music industry is quite different from our goals as a church. We can’t compete with Beyonce, and we shouldn’t try. We aren’t seeking fans, or money, or self-glorification. We are sharing the good news.

I wonder what is possible for us as people of God if we believe in ourselves and in the transforming power of the Holy Spirit. What can we do if we unbolt the doors of our fears and insecurities and embrace the power of the words spoken by Jesus to the disciples, “Peace be with you”?

For some of you quoting pop stars doesn’t line up with the gospel. But I would challenge you by asking, “Where is God calling you? Is it only to reach the prim and proper who look and sound like you? Do you have a message that transcends, race, culture and identity? Does your gospel allow people to come as they are to experience the transforming power of God?” I sure hope so, MC USA. Regardless of your answer, I am going to keep running my race, and I am going to take a chance  on God, cause I know the Creator won’t quit on me.

I hope to see in you Kansas City. It’s not too late to register.