The church we’re called to be 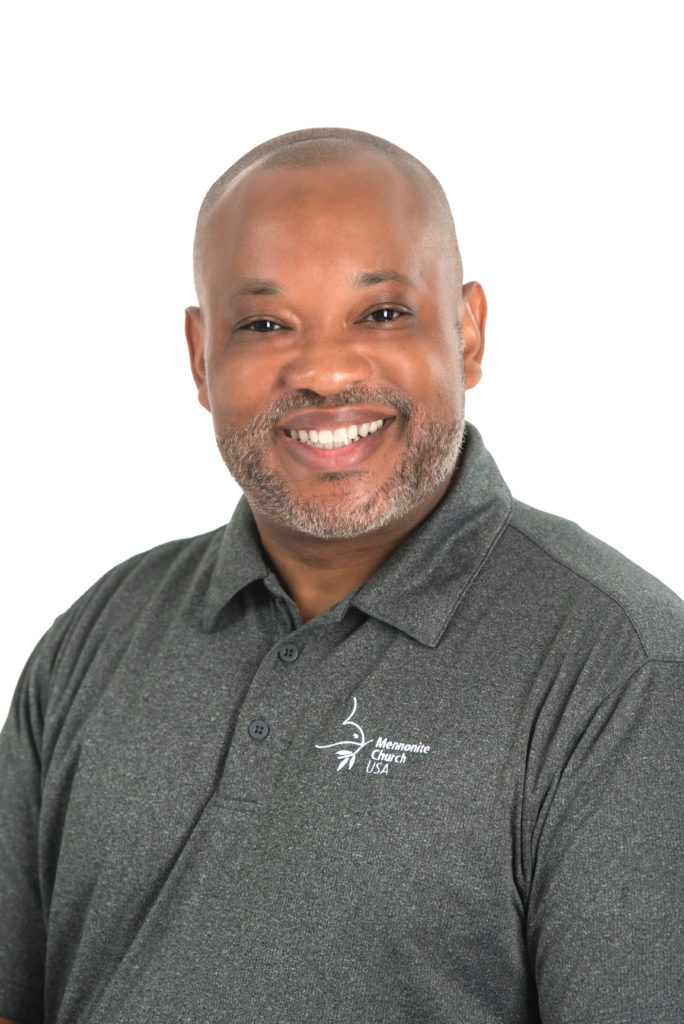 Glen Guyton is executive director of Mennonite Church USA. This article was originally published in The Mennonite.

Twenty-seven years ago, not even I expected to be in this seat. I didn’t know what a Mennonite or an Anabaptist was, but now I find myself at the center of it. I remember my first attempt at getting published in The Mennonite. I wrote a fiery response to an editorial by Everett Thomas, who I believe was editor at the time. My memory escapes the exact context that prompted my response, but part of it was my perception of how Mennonites were applying the peace position. I thought it was hippie hypocrisy, how the peace stance was applied in the church. As many know, I was an Air Force officer before becoming an Anabaptist. I was offended by the idea that my military service somehow invalidated my salvation.

I sent my response centered around Matthew 23. At least one line of the letter contained Matthew 23:27-28: “Woe to you, scribes and Pharisees, hypocrites! For you are like whitewashed tombs, which on the outside look beautiful, but inside they are full of the bones of the dead and of all kinds of filth. So you also on the outside look righteous to others, but inside you are full of hypocrisy and lawlessness.” Everett didn’t publish it. I learned a couple of things from that incident. First, Mennonites don’t like fiery; it just shuts them down. Second, I learned that if Mennonites kept inviting me to stuff, they were eventually going to have to pay attention to the stuff I had to say. But who knew I was so prophetic? Now The Mennonite asks me to write stuff, and I have developed a good relationship with many of the former editors, including Everett Thomas, a longtime leader in the church. More importantly, I began to appreciate and understand what was meant by the “Jesus way of peace.”

The church I joined in 1993 is not the church of 2020, even though we are still dealing with issues of race, gender identity, sexual orientation and the merger of the General Conference Mennonite Church (GC), Mennonite Church (MC) and Lancaster Mennonite Conference (LMC). The merger never took. The cultural roadblocks that existed in the 1990s are hanging on in 2020. I believe the world and the church are ready for change. A new culture that values Anabaptism over the current iteration of politicized evangelicalism is growing in the denomination. As Evangelicals leave Mennonite Church USA, we may be smaller. Still, we will be able to live into our distinct calling as Anabaptists, even beyond the cultural Mennonite identity.

The year 2002 is noted as the beginning of the beginning of MC USA. While that may be legally true, it is not culturally true. That year was the beginning of “reconstruction” of the denominational bodies that previously existed. A cold war raged passive-aggressively in our new community. When we merged, we did not create a new culture; we quilted together old ones. That patchwork slowly tattered and fell apart until the Future Church Summit took place in 2017 in Orlando, Fla. That was the first sense I had that MC USA wanted to do something different. It was also the first time we invited the “others” to be equal partners at the table. Out of the Future Church Summit, I have a sense that a renewed spirit is rising. I am cautiously optimistic about the vibrancy of MC USA and the young people who will lead it when I am gone.

Also, each of our institutions has a history that predates the formation of MC USA. The historical institutional supremacy leads to problems and unnecessary stress when an entity like The Mennonite, Inc., decides to exit the system. The history and separate culture of each institution also make it challenging to change and respond to the emerging ministry needs of our 21st-century world. As Baby Boomers and other long-term leaders retire from leadership roles, we have the opportunity to truly be MC USA, a unified group of diverse Anabaptists rather than former GCs and MCs, lamenting who won in the merger. Even our Canadian Mennonites are just settling into the separation caused by the U.S. merger. With more Millennials and Gen Zs populating our boards, pulpits and staff roles, the polarized, institutional memory of “what was” will fade, and the church will be stronger for it.

I am surprised that some 20 years later, LGBTQ inclusion is still such a big deal. I am not sure if our leaders are more concerned about the wrath of God or the loss of donors. Sadly, not offending the donor base is often how business gets done in our institutions, but I believe giving patterns have shifted. The wealthy donor base that once carried the church now has more options to give. Donors are savvier, and they want to make sure their funds are making a difference. Donors are more discerning now. And leadership should not neglect everyday donors. Via technology and new systems, it is easier for people to give out of their passion for targeted programs. We should appreciate all gifts, great and small. It is a message our institutions are just catching up to. The new breed of donor gets excited about the vision, mission and execution, not about edifices. While I don’t want to be naïve, ministry leaders must make decisions based on who we are and our institutional values, not fear of donors.

Before talking about finances, I mentioned LGBTQ inclusion, which is still a challenging topic for our church, although many congregations and conferences have moved on. There are pockets of LGBTQ inclusion throughout the church. Even society has moved to a certain extent, maybe farther than the Christian church as a whole. The Mennonite church has been ahead of the world on some issues of anti-racism. As I sit, steeped in the foolishness that is 2020, I have to admit that the Damascus Road Anti-Racism Process was prophetic. I pulled out my 1999 workbook just the other day. Twenty-one years later, the tools and the analysis are relevant. Hats off to Regina Shands Stoltzfus and Tobin Miller Shearer for bearing the weight of a prophet and blessing us with this process that is badly needed today. Mennonites have always been ahead in warning against the militarization of the police and the hyper-patriotism emerging in our society. But we are behind when it comes to how we live in a community with LGBTQ individuals. That will have to change as we move forward and as we join others to fight racism, sexism and other forms of discrimination.

We now have the opportunity to make changes to strengthen our denominational identity and show the world who we are.

The systems, structures and cultural paradigms we started with in 2002 will not take us through the next 20 years. It is time to redesign those to facilitate the work of the next generation. I am proud to be a part of MC USA because I have hope that the next generation will take the brave steps necessary for us to be the church God has called us to be. I am proud to be a part of the church in 2020 because the instability and hopefulness abounding in our world allow us to shine, be the church and lean into our vision of hope. God calls us to be followers of Jesus Christ and, by the power of the Holy Spirit, to grow as communities of grace, joy and peace, so that God’s healing and hope flow through us to the world.