Who owns the land? 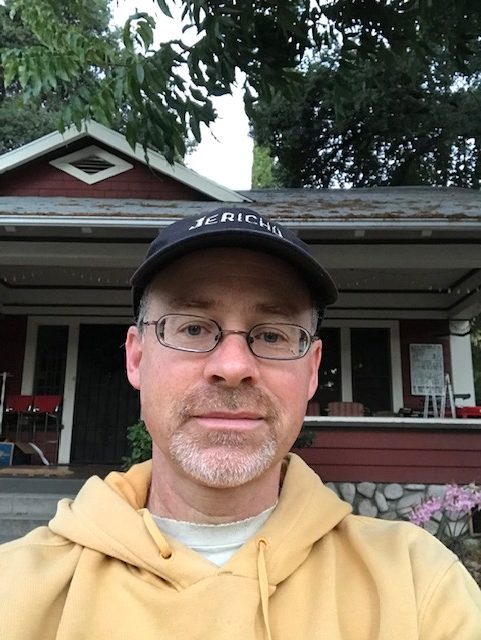 Bert Newton is a Ministry Associate at Pasadena Mennonite Church in Pasadena, Calif, and an organizer with Making Housing and Community Happen. He also produces the podcast, Bible Study; Parody and Subversion in Matthew’s Gospel.

That alone should severely limit our ideas about who owns the pieces of land that make up the surface of the earth … but modern English translations of these texts obscure just how specific they really are.

Perhaps the strongest statement regarding God’s ownership of the land, which also spells out the corollary that human ownership rights are limited and temporary, is Leviticus 25:23 (NRSV): “The land shall not be sold in perpetuity, for the land is mine; with me you are but aliens and tenants.”

The first part tells us that land is not a commodity: “it shall not be sold in perpetuity.” In the larger context of the chapter, which is about the super Sabbath year of Jubilee, this clause means that the land always returns to the families that originally owned it, ensuring that no one remains landless for long and that the land continues to be equally divided among the people.

So that first part of the verse is pretty radical, but the last part really drives home what it means for God to own the land: “with me you are but aliens and tenants.”

What if we really believed that?

Interestingly, the Jubilee law code in Leviticus 25 explicitly excludes foreigners, but later, the prophet Ezekiel, writing from exile in Babylon and having learned what it is like to be a foreigner in a foreign land, envisions a new Jubilee that expressly includes foreigners in Ezekiel 47:21-23 (NRSV):

Ezekiel brings to fulfillment the second half of Leviticus 23:25, understanding that we are all tenants and foreigners on God’s land.

What if we really believed this? How would it liberate us to think about housing and land policy? What would we begin to advocate for in our society?

I work for an organization called Making Housing and Community Happen, a faith-rooted organization that advocates for policy based on biblical principles. Most of our
work centers in the city that I live in, Pasadena, California.

Using the idea that God owns the land, we have successfully advocated for local housing policy that requires developers who want to build housing in our city to include units that are affordable to lower-income households. Twenty years ago, we successfully advocated for something called an “inclusionary housing ordinance” that compels housing developers to include a percentage of housing they build to be rented at prices that are affordable to moderate, low and very low-income households or pay a fee into a fund to build affordable housing.

That policy has produced almost 1,100 units of affordable housing in our city.

Through organizing local congregations to pray, write emails and testify at city council meetings, we have also won a whole host of other victories, including convincing the city to use its land to build affordable housing.

Currently, we are working to change zoning laws to allow church land to be used for affordable housing. We are consulting with seven churches in our city — and upwards of 50 in the county! — who want to use their land this way, and several more have reached out to us.

One of the congregations that we have been consulting with is a small African American church that has been hit hard by gentrification and has been losing members, because they can no longer afford to live in our city. That church now has a plan to build 52 units of affordable housing and use the income from the ground lease to help families in the church pay their housing costs, so that they don’t have to move away. (The only thing standing in the way of this plan is the zoning.)

When we believe that God owns the land, we are liberated to imagine a world in which the words of the prophet Micah 4:4 (NIV) can come to fruition: “Everyone will sit under their own vine and under their own fig tree, and no one will make them afraid.”

Mennonite Church USA encourage you and your congregation to participate in the Cost of Poverty: Learn, Pray, Join initiative as one way to learn more about the topic of poverty from theological and practical perspectives, as well as learn how to get involved.