Let’s recognize it honor it, share it, celebrate it and transform the way we use it!
Mennonite women and women interested in Anabaptism, come. Pastors, academics, activists, students and members of the church, come. Women interested in doing theology — reflecting on God in relation to our lives — come.

Come to listen to the stories of your sisters from all across the country and come to share your own. Come to build relationships. Come to nurture your soul, challenge your mind and find rest for your body.  It’s important to recognize that doing theology is something that happens daily, as our personal experiences inform our faith and personal views of God. Everyone has something to offer, and this conference will provide participants with opportunities to be challenged and to grow together.

We all play a part in our shared theology. We all have experience, wisdom and insight to offer.

There is a place at the table for you!

We’ll be focusing our conversations and presentations on the topic of power. As Christians and peacemakers, it is extremely important that we be aware of the power we possess. People don’t always recognize the power they hold, and sometimes it can feel scary to exercise that power. We hope to not only recognize it, but also embrace it — acknowledging that the Spirit of God can and will work in and through us as we do.

We all have experience, wisdom and insight to offer. There is a place at the table for you!

Cost is $425, which includes a private room, all
meals and snacks.

The deadline to apply for scholarships has passed.

Naming the power we possess 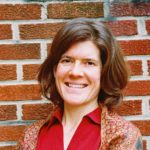 Jennifer Davis Sensenig is reading and interpreting scripture in order to equip the church in the U.S. for Christlike mission. She earned a Master of Divinity with a concentration in Biblical Studies from Anabaptist Mennonite Biblical Seminary in 1998. She has served pastorates in Cedar Falls, Iowa and Pasadena, California. Since 2008 she’s been serving as lead pastor of Community Mennonite Church  in Harrisonburg, Virginia. Jennifer is also president of Faith in Action, a new coalition of interfaith congregations in Harrsionburg and Rockingham County addressing local justice issues. She is especially interested in encouraging women God is calling to find good settings in which to explore, deepen and exercise their gifts in Mennonite Church USA. She enjoys her short commute by bicycle and gardening with her spouse, Kent. 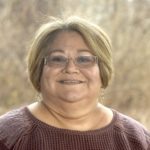 Iris de Leon-Hartshorn born in Laredo, Texas, and raised, the oldest of four daughters, in Southern California in a very diverse environment. She is of Mexican descent. Iris served with MCC U.S. as Director of Peace and Justice Ministries from September 1996 until January 2007. She served as Director of Intercultural Ministries for Mennonite Church USA from January 2007 through August 2009 and then was called by Pacific Northwest Mennonite Conference as conference minister from 2009 to 2011. Iris now serves with Mennonite Church USA as Director of Transformative Peacemaking and a member of the Executive Cabinet. Her primary work is anti-racism and intercultural competency. She also serves on the Executive Committee of Mennonite World Conference. She has traveled to the Middle East, Africa, Australia, New Zealand, Latin America, Taiwan and Switzerland for the church on issues of social justice and intercultural understanding. She is a graduate of Eastern Mennonite University with a Master of Arts in Conflict Transformation from the Center of Justice and Peacebuilding. Iris is married to Leo Hartshorn and they have three adult children and one grandson, whom they are raising. 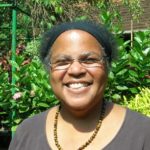 Wilma Ann Bailey was raised in New York City where she lived with her parents and three siblings. She attended public schools through college. As a young adult, she became involved with the Mennonite House of Friendship (later called Friendship Community Church). She worked as a family counselor for several years before attending Anabaptist Mennonite Biblical Seminary and earning a Master of Divinity. For a time, she served as assistant pastor at Grace Chapel (Mennonite) in Saginaw, Michigan and then she spent about four years working for Goshen College in the James Lark Leadership Program. Wilma earned a Master of Arts and Ph.D. in Religion (Hebrew Bible and Anthropology) from Vanderbilt University and served on the faculty of Messiah College. Currently serves on the faculty of Christian Theological Seminary.

Owning the power within us 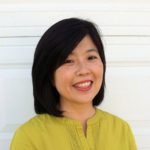 Sue Park-Hur is a 1.5 generation Korean American Angeleno who co-directs ReconciliAsian, a peace center that promotes unity, understanding and reconciliation in immigrant churches and communities. She also co-pastors at Mountain View Mennonite Church with her husband, Hyun Hur, in Upland, California. Sue earned a Master of Arts degree in Spiritual Formation from Wheaton College and a Bachelor of Arts in Sociology and Asian American Studies from University of California, Los Angeles. She has three understanding and flexible children who humbly remind her that peace begins in the home. 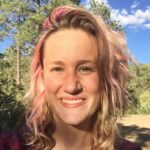 Rachel Halder is an Master of Arts in Religion candidate with concentrations in Spiritual Formation and Theology, at Claremont School of Theology in Southern California. Her on-going thesis examines the suppression of sexuality in the Christian Church as a form of spiritual abuse and how people can heal from such trauma on spiritual, psychological and embodied planes. She is also pursuing a 600 hour coaching certificate in holistic sex, love and relationships. Rachel is an earth loving practitioner of sacred activism, advocating for interspirituality and universal love, while devoting her life to ecological, sustainable and contemplative living practices. 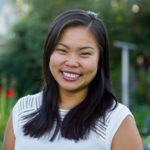 Sarah Matsui is the author of Learning From Counternarratives in Teach For America, a study on Teach For America corps members, identity development, discourse analysis, systemic oppression, critical pedagogy and teacher well-being. Her work has been featured in Jacobin Magazine, Rethinking Schools Magazine, Huffington Post, Refinery 29 (Dec 2016), Cloaking Inequity, the becoming radical, Radical Discipleship and NPR Code Switch. She earned her Bachelor of Arts degree in Urban Studies and her Master of Science degree in Education from The University of Pennsylvania. Sarah is half Taiwanese, half Japanese and she grew up in Honolulu, Hawaii. She joined the church as an adult and is continually trying to navigate what that means. 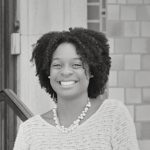 Chantelle Todman Moore is co-founder of Unlock Ngenuity a coaching, consulting and therapeutic business. Previously, she served as the Philadelphia Program Coordinator for Mennonite Central Committee and as the Program Director for both Oxford Circle Christian Community Development Association and Eastern University. She has served internationally in Central America and in South and Northwest Africa with various organizations. Chantelle holds a Bachelor of Arts in International Community Development from Oral Roberts University, and a Master of Business Administration in International Economic Development from Eastern University. Chantelle lives in Philadelphia with her husband, Sam, and their three daughters. 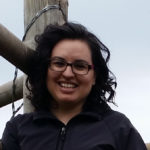 Erica Littlewolf is from the Northern Cheyenne tribe of southeastern Montana and currently lives in Kansas. She works for Mennonite Central Committee Central States with the Indigenous Visioning Circle where she is committed to the work of decolonization, authentic relationship and healing. She has a Bachelor of Science degree in Psychology and American Indian Studies and applies her schooling to social justice issues and how they affect Indigenous people. 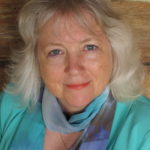 Barbra Graber is editor of OurStoriesUntold.com and founding member of the Anabaptist-Mennonite chapter of Survivors Network of Those Abused by Priests (SNAP). Many in the Mennonite community remember her as a former professor of theater at EMU. Her life’s work is now focused on creating an environment in which Mennonite related victims, witnesses and whistleblowers of sexual assault and harassment will feel the safety and support they need to come forward with the critical information they hold. Only in this way, she believes, will we together heal the wounded, protect the vulnerable, and prevent further harm. Barbra lives in Harrisonburg, Virginia, with her husband, Dale Metzler.