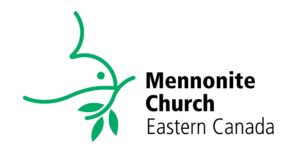 As church bodies with which Rempel has worked closely over his career as pastor, professor and theologian, we grieve for the victim-survivors harmed by Rempel’s actions and honor their courage in coming forward. We recognize the injustice faced by those within our own faith communities that this news brings to light. We grieve also for our larger church Body, in which Rempel has found support and belonging.

As followers of Jesus Christ, we are called to participate in Christ’s ministry of good news, healing and hope, peace and justice. We are called to bear witness to Christ’s healing love in the face of violence, including sexual abuse.

As nationwide and global denominational entities, we uphold MCEC’s decision to take decisive and public action in this situation and to walk alongside victim-survivors on the path of healing and wholeness. Although restoration of ministerial credentials is not possible in this circumstance, we hope that Rempel experiences forgiveness.

We dedicate ourselves to prayer alongside MCEC, also asking for God’s grace and compassionate love to enfold all those affected.

For more information, see these links: