Archives make the move to Elkhart

“I’m sure it’s in the millions of documents,” he says. 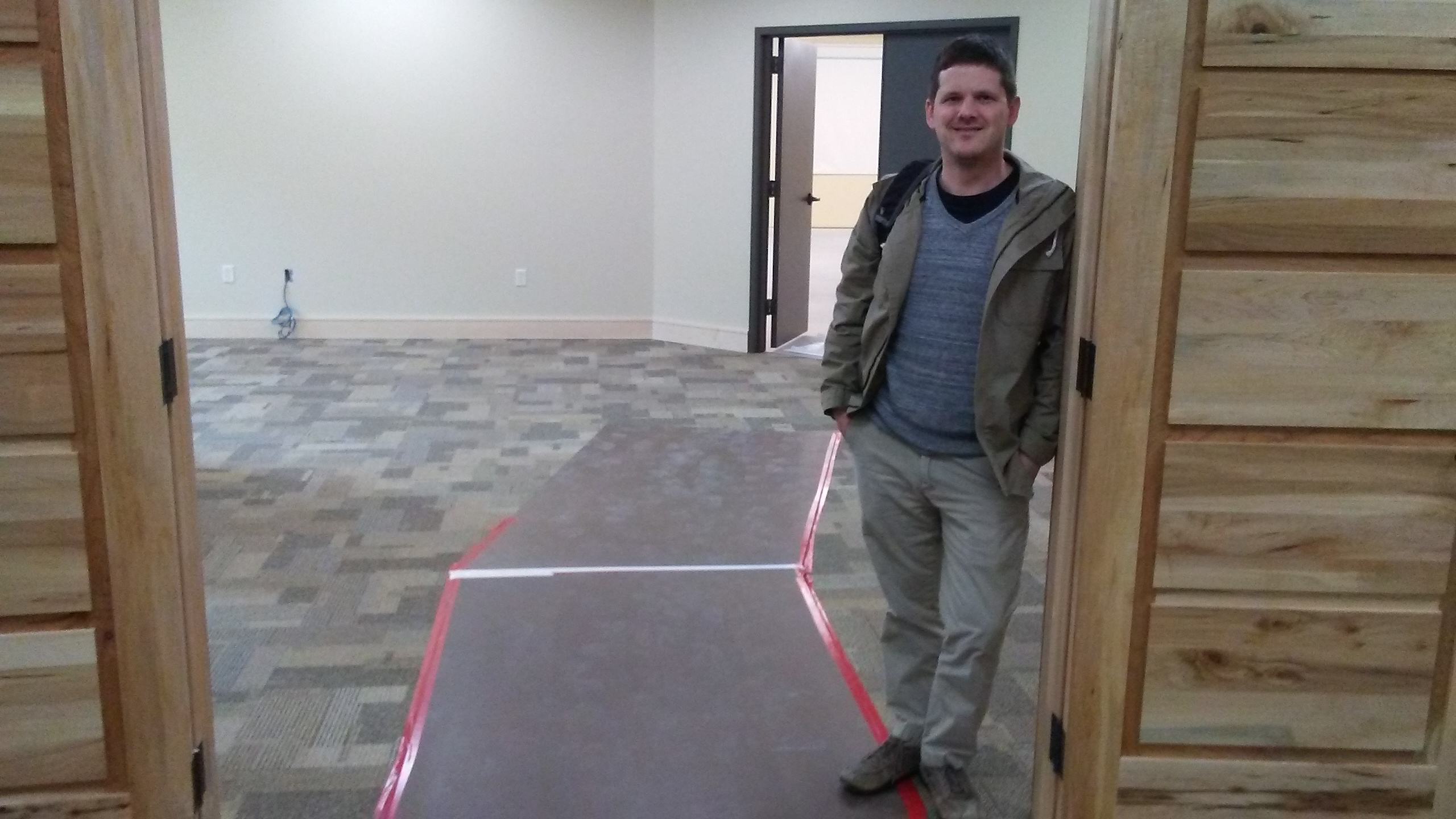 That’s about 4,500 linear feet worth of materials, for those of you who want to picture them stacked up end to end. The bottom line: It’s a lot. And Kauffman and a group of volunteers have been getting them all ready for a 10-mile move from Goshen College to the Mennonite Church USA offices in Elkhart.

The Mennonite Church archives have been at Goshen since 1937, moving to their primary home in the Newcomer Building in 1959, when the collection included “approximately 1,000 boxes containing more than 300,000 items,” according to a chronology in the administrative files. (The archives of the former Mennonite Church General Conference are located at Bethel College in North Newton, Kansas.) Over time, though, the collection outgrew its space, spreading to two campus locations. Some pieces were being stored in a former dormitory space with no temperature or humidity controls, not ideal for preserving historical materials.

Thus a dream arose to gather all the materials in one space that would be more easily accessible and more conducive to preservation. That dream became a possibility after the new offices were built in Elkhart in 2011. Plans began, and in the past year a large basement space in the building has been converted for archival use. Kauffman has been spearheading the project since he was hired last year.

“It’s pretty much all I’ve worked on since I started,” Kauffman says. “It’s exciting to see things finally coming together, and great to see it stay on schedule. So far it’s going really smoothly.”

That schedule has installation of mobile shelving occurring this week — about 6,600 linear feet worth, with room for the collections to grow — and the official move of all the materials happening next week.

In addition to the expansive main storage and processing area, the space includes an office for Kauffman and a reading room/work space where researchers and other visitors can look at the materials. 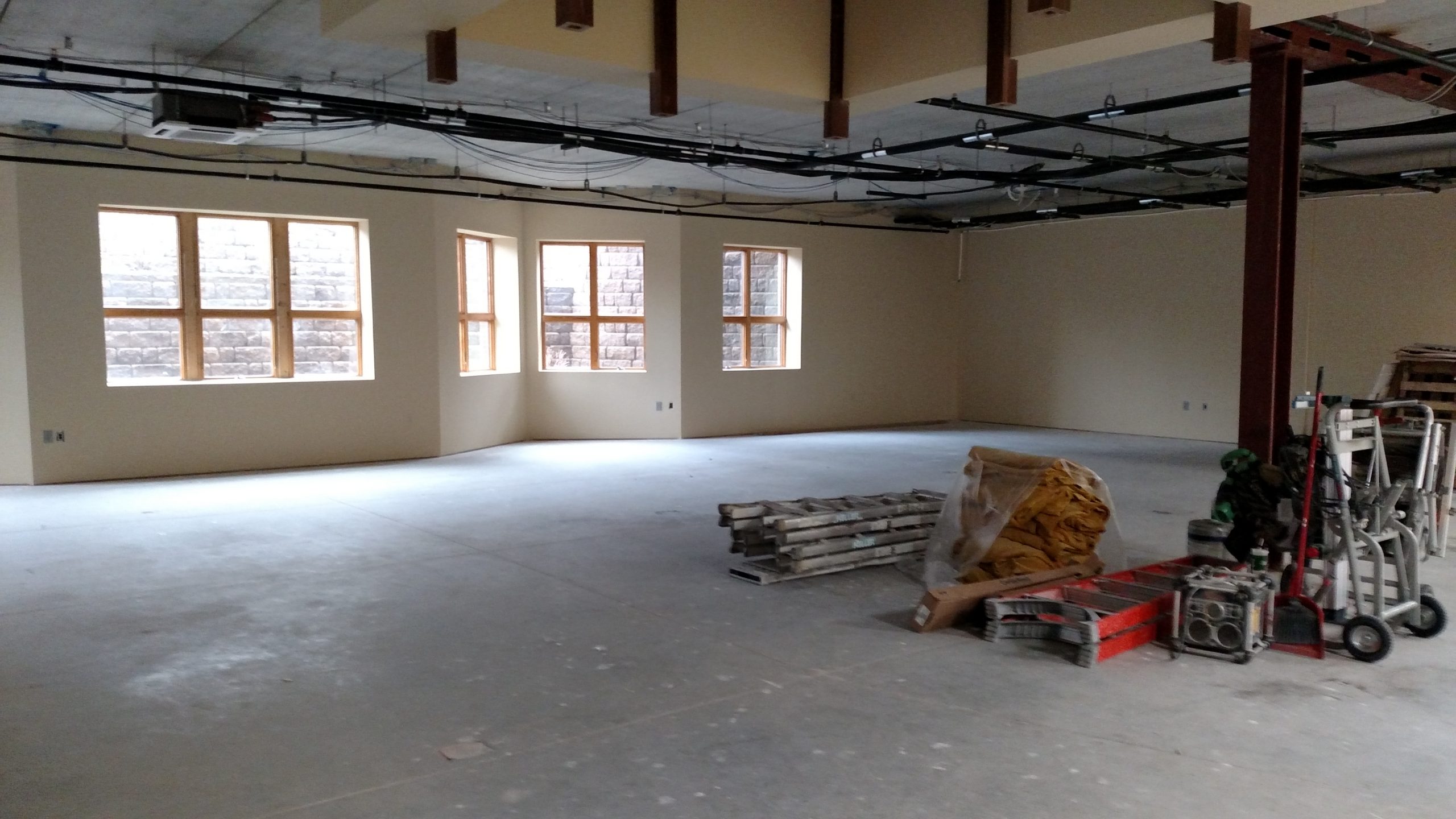 Significant renovations took place for part of the basement space in Elkhart that will soon house the Mennonite Church USA archives. Photo by Scott Hartman.

“The really great thing about this move is that we get to have all our collection under one roof,” Kauffman says. “It will simplify access for researchers, and we’ll also have better environmental conditions. It’s partly financial, too, since we won’t have to pay rent to Goshen College any more.”

Some archival history will also be making the move. Kauffman says much of the furniture from the old archives in Goshen will make the trip to Elkhart. In addition, Anabaptist Mennonite Biblical Seminary is selling five tables from its old library for the reading room. Staying behind will be about 1,000 boxes of Goshen College institutional and faculty records, which have been separated out from the Mennonite Church USA collection.

A donor covered the biggest expense of the project — the purchase of all the mobile shelving. Volunteers have also been donating significant time: packing, sorting, labeling and more. Soon they will be directing traffic for the move and getting the new shelves in order. About half a dozen people currently volunteer regularly, and Kauffman hopes to grow that number in the new space.

“One of my goals is to rebuild that network of volunteers,” Kauffman says. “They help to process the collection and also assist with our scanning program, uploading historical photographs to Flickr so that the public can have access.”

A database of Mennonite-related obituaries, called “MennObits,” is also available.

Kauffman says he hopes to re=open the archives in their new location by the end of April.