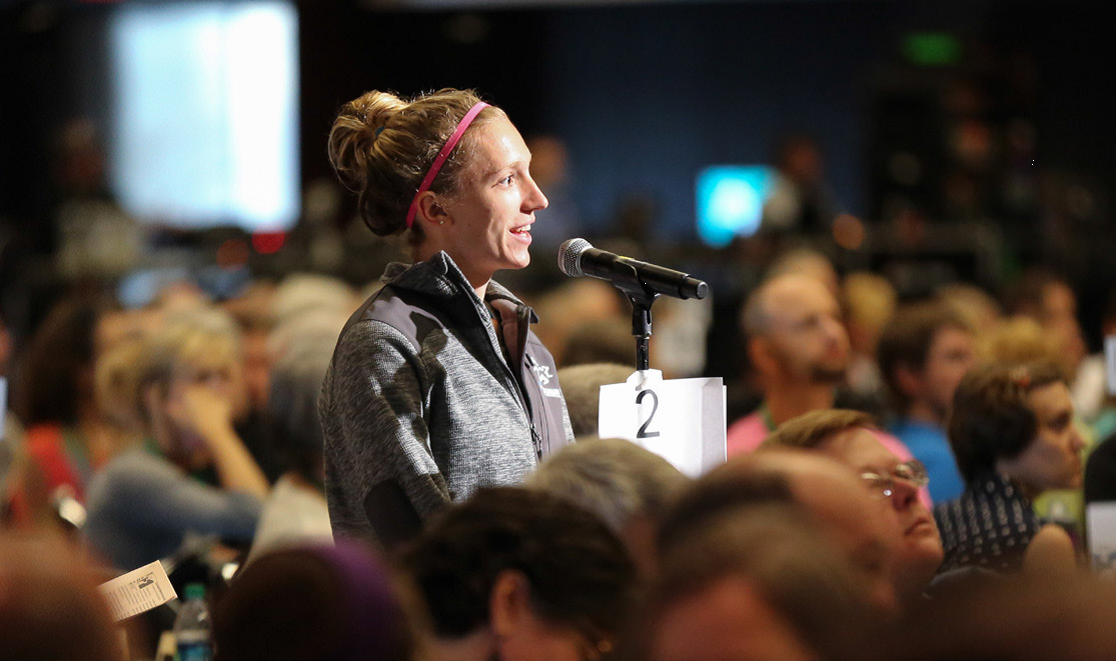 After the assembly joined in song at the beginning of Friday’s session, Moderator Elizabeth Soto Albrecht introduced the resolution entitled “Churchwide Statement on Sexual Abuse” for delegates’ consideration.

“We recognize that for many decades, our sisters and brothers have cried out for justice, not knowing if there would ever be a communal response to their pain,” Soto Albrecht said.

“We seek God’s forgiveness for delaying our response, and acknowledge that the silence and secrecy have hurt us as a body,” Stutzman said. “We grieve the ways in which we as church leaders have at times looked the other way without stopping abusive behaviors. We applaud the survivors for being courageously persistent in the call for greater transparency and accountability in the church.”

Ted Koontz and Linda Gehman Peachey, members of the Mennonite Church USA Discernment Group on sexual abuse and the church, presented the resolution.

During the open mic time after table group discussions, delegates spoke generally in support of the resolution while raising questions about particular items. Delegates desired more consequences/care for perpetrators; a mention of John Howard Yoder, a prominent Mennonite theologian found to have been involved in sexual abuse; and a definition of ‘wholesome’ sexuality; among other concerns. Koontz and Gehman Peachey provided clarification.

Prior to the vote, a delegate from San Antonio (Texas) Mennonite Church, Tyler Tully, brought a motion to delay the 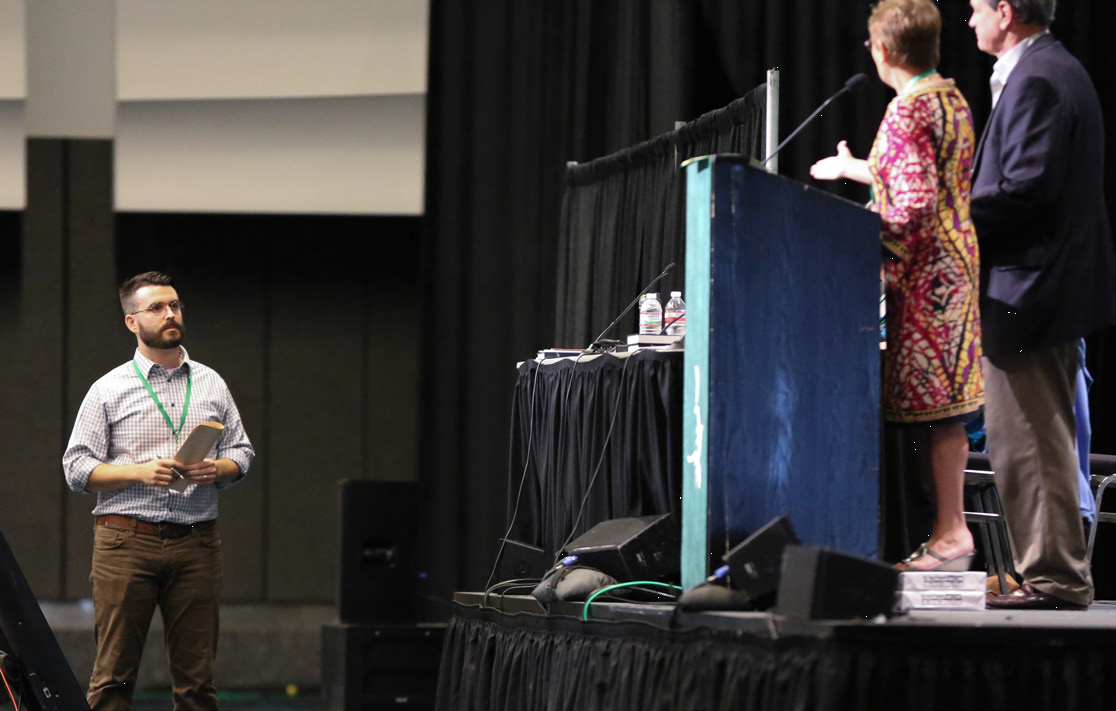 vote until writers of the resolution could rewrite it, taking the concerns raised during the open mic time into consideration. Soto Albrecht explained that they would not have time to do so during the remainder of this convention, so the resolution would be pushed back to the 2017 assembly in Orlando, Florida, should the motion receive delegate support. The motion failed, and voting proceeded as planned.

The session concluded with a message from Alan Hirsch, an Australian missional church movement author and speaker. He spoke on Paul’s vision for the church found in Ephesians 7-11, detailing the fivefold ministry of Christ called APEST (Apostle, Prophet, Evangelist, Shepherd and Teacher). Hirsch said that congregations tend to only function as the last two: shepherds and teachers.

“Can you extend the embodiment of Jesus if you’re only doing two of the five?” he said. “The answer is no. We’re trying to get the whole thing done but not doing it in the way He intended us to.”

Delegates will join together one last time on Saturday, July 4, from 2 to 5:30 p.m. The time will be used to bring forward unfinished business as well as hear closing reports from committees and install Patricia Shelly as the new moderator.