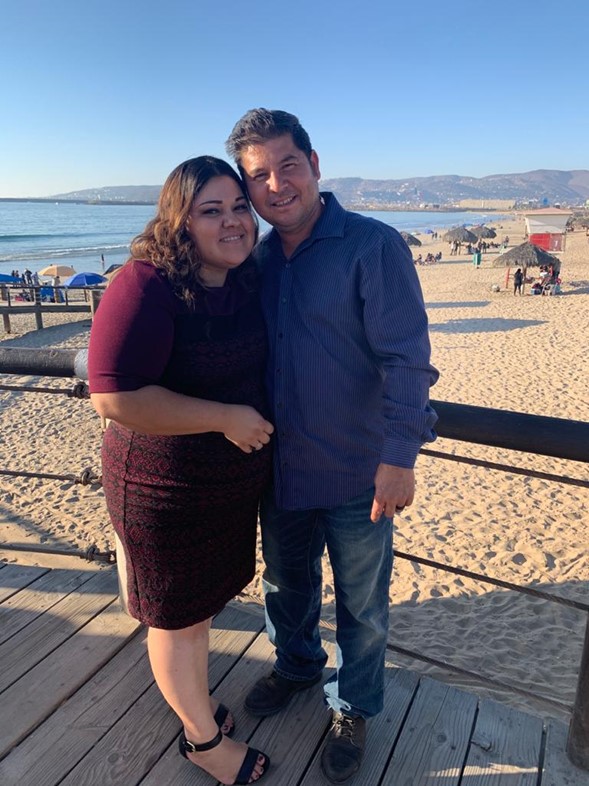 By Adriana Celis for MenoTicias

She saw her family torn in two

The phone rang several times that early spring morning in 2015. Gloria rushed to answer.  “Hello, good morning, good morning…”  On the other end of the receiver was Max, her husband, who was calling to tell her that he had been detained in the door of his house and was ready to start his deportation process at any time. Deportation proceedings in the United States have significantly increased during the last two presidential administrations, according to international and local media, such as the BBC in London and the New York Times. Deportation from the United States to Latin America or to the country of origin has great consequences that affect not only those who experience this process, but also the families of those who go through this difficult and painful experience. This was the case with Pastor Gloria Villatoro of the Torre Fuerte Mennonite Church, Iowa City, Iowa, a partner church with MC USA’s First Mennonite Church in Iowa City. When she witnessed how her husband, Pastor Max Villatoro, was deported from the U.S. to Honduras, she saw her family divided in two, and her spouse treated as a criminal.

Everything happened in the blink of an eye

Gloria tells us in an interview for MenoTicias, “That March 3 morning was cold, with icy, dark rain and no stars or moon. The wind was beating ominously on the windows of our house. It was as if the cold wind was announcing that something bad would happen. And, in fact it did.”

Once back home, the unimaginable happened

At 5:00 a.m., Gloria sprinted across her bedroom to answer the phone that rang relentlessly. Hearing the phone ringing, she began to worry that maybe it was Max and that he needed something. Before being arrested that morning, Max had left home early to run some errands and take several friends, who did not have a car, to work. Once back home, the unimaginable happened. In a raid by U.S. federal agents, Max was arrested outside the doors of his residence. The purpose of these raids was to capture people with deportation orders, such as those with serious criminal records, and to detain these dangerous and undocumented people. When Max asked federal agents about the reason for his arrest, they replied that he was accused of criminally tampering with documents and driving under the influence of alcohol.

Disoriented and not knowing what to do, Pastor Max persistently called Gloria, but she did not hear the phone because it was still early morning. Max tried to explain to the agents that, although he had used false documentation as a youth and driven under the influence of alcohol, he had paid the consequences. In 1998, he paid a bond and fine to the state, recovering his freedom. Once in the detention center, Max called home, and Gloria answered. He said, “Gloria, they have arrested me and will soon deport me, violating my due right. What can we do?”  Frightened, Gloria just wanted to know if her husband was okay.

Pastor Max was taken from jail to jail

The days passed. Desolation and despair loomed because no one knew what would happen with Max’s case. The pastor was taken from jail to jail, suffering many humiliations, in addition to the shame of being treated as a dangerous criminal.  Gloria said, “He did not deserve to be treated like this. He is a good, kind, God-fearing, law-abiding man.” Despite every effort to stop his deportation, Max was deported before Gloria’s eyes. The pastors and friends of the Central Plains Mennonite District Conference offered as much encouragement and support as they could, but there was nothing they could do but raise a prayer to heaven and ask the Creator to show mercy.

“Glory!” Max exclaimed, before leaving on the plane that would take him back to Honduras, his country of origin. “Tell the children that I love them and don’t forget that I love you, too. We will see each other again. I believe in miracles. Maybe I can apply for a humanitarian visa, so we can meet again one day, all together, here in the United States. It is true that our lives are temporarily taking different paths, but, as long as there is life, there is still hope.”

At present, Max lives in Mexico. After a long absence, he finally was able to reconnect with his family in Mexico in January 2020. He still has the firm hope that one day very soon, his case will be cleared, and the truth will reign with justice in his favor.