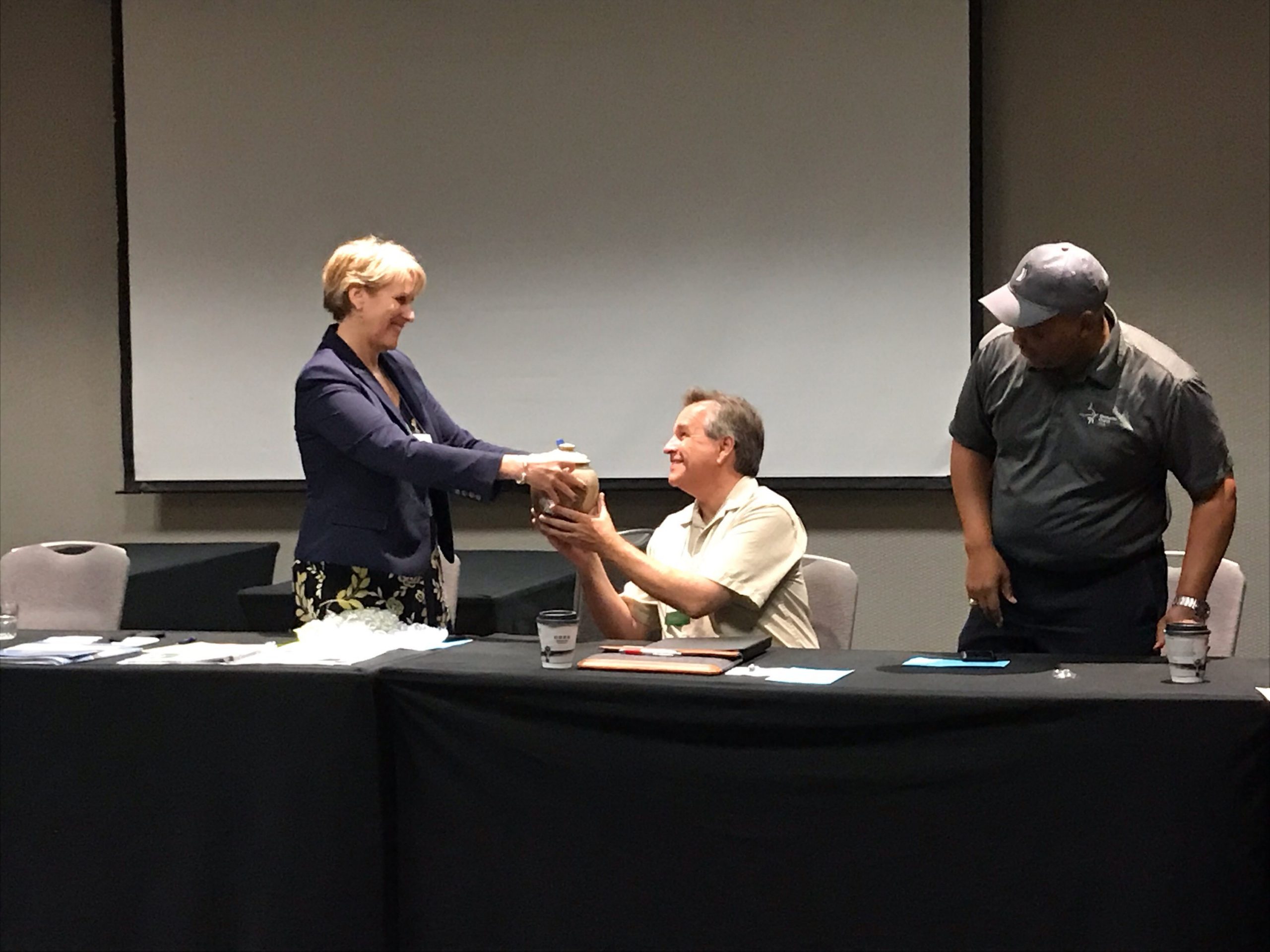 By MC USA staff with reporting from Sheldon C. Good of The Mennonite, Inc.

Kansas City, Missouri (Mennonite Church USA) – Amidst the hustle and bustle of MennoCon19 arrivals and registration, MC USA’s Executive Board met for three hours on the afternoon of Tuesday, July 2 to prepare for the biennial Delegate Assembly. Approximately 500 delegates representing 278 MC USA congregations, area conferences and Racial/Ethnic groups will gather for the 4-day meeting, happening concurrently with MC USA’s youth convention at the Kansas City Convention Center July 2-6, 2019. Nearly 2800 Mennonites in total are registered to attend the event.

The Delegate Assembly at MennoCon19 will take a new format this year, focusing on Scriptural study, reflection and storytelling. It is also a culmination of the two-year Journey Forward process that grew out of the Future Church Summit in Orlando 2017.

The board heard a report on new developments in a process to discern the status of the denomination’s Membership Guidelines, which Michael Danner, associate executive director for church vitality and engagement, will present to delegates on Friday, July 5.

“We have received feedback from leaders and stakeholders on the first draft of the discernment process. We’re currently using that feedback to shape the process into something that will benefit the whole church. On Friday we will ask the delegates to weigh in as well,” said Danner. “We’ve taken a four-year break from this topic at the national level. Much has changed since 2015, including a transition in executive leadership. Who are we now? What are the needs of various parts of the church?”

The EB took action to accept the EB’s fiscal year 2019 budget, which includes a potential deficit due to revenue losses from MennoCon19 and reduced contributions from area conferences. Glen Guyton, executive director of MC USA, is working with former MC USA staff Marty Lehman on fundraising as a strategic priority for the next biennium.

In response to a June consultation held by Mennonite Central Committee with representatives of 13 Anabaptist groups, the EB reviewed a draft of a letter to be sent to the National Commission on Military, National and Public Service, an independent federal agency in the United States inviting public comment as it reviews the military selective service process. The commission will present recommendations to Congress by spring 2020. The EB authorized Guyton to represent MC USA in signing on to the letter.

At the close of their meeting, the EB recognized outgoing board member Diane Zaerr Brenneman and moderator David Boshart. Boshart’s finishes his term at the close of MennoCon19 following 12 years of service, and will be succeeded Joy Sutter of Harleysville, Pennsylvania, current moderator-elect.