URBANA, Illinois (Mennonite Church USA) — For Earl Kellogg, who spent much of his career working in higher education, reaching out to people of other faith traditions comes as easily as connecting with his next-door neighbor. And for his congregation, First Mennonite Church of Champaign-Urbana, the local mosque literally is a next-door neighbor, so the opportunities for connection were abundant. 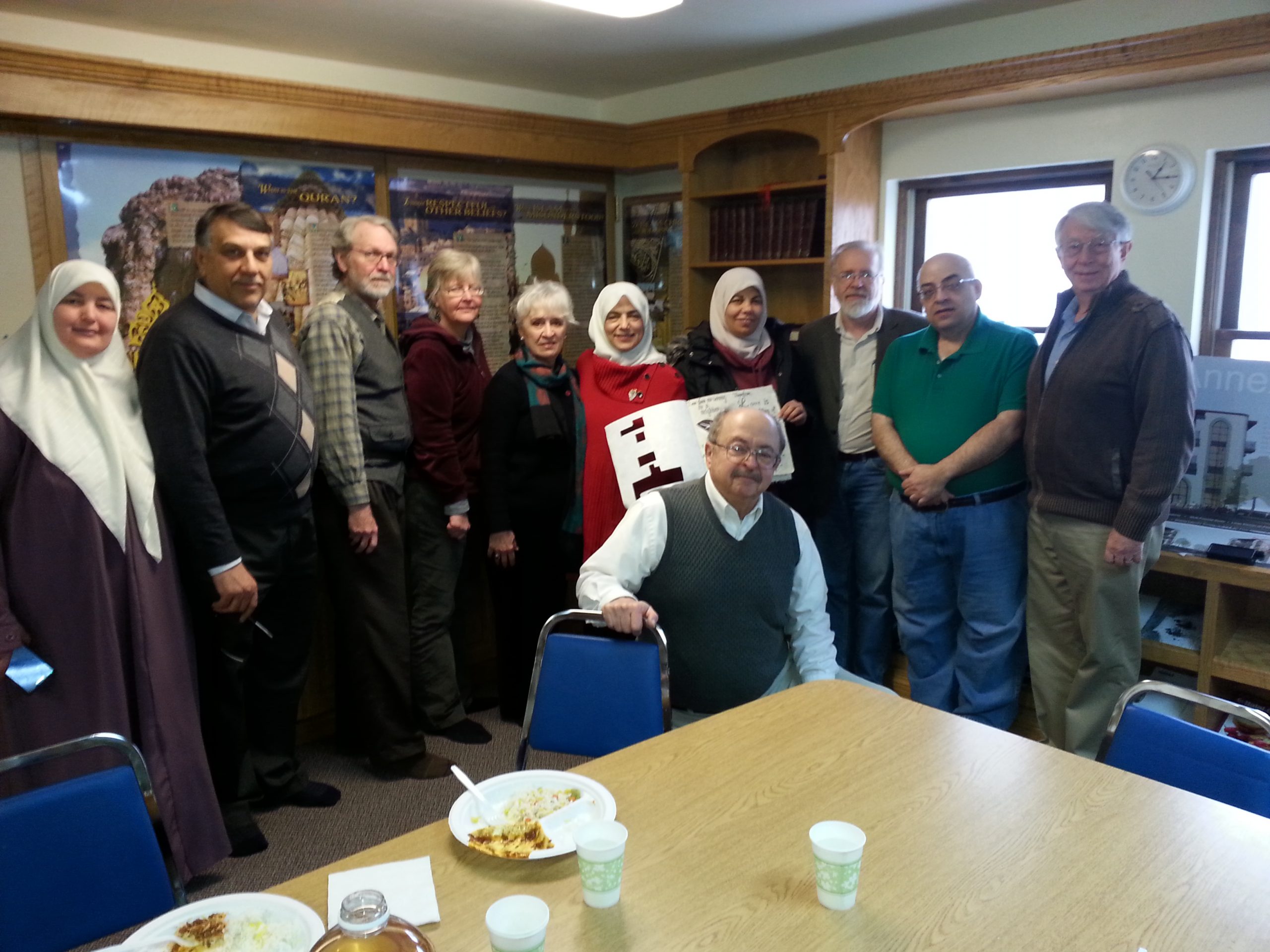 “It’s important,” Kellogg says. “Doing this kind of dialogue is not something that comes naturally to many, many people. But if we’re going to have a world in which we devote attention and resources to people’s welfare and their prosperity – spiritually as well as economically – then we need to have a world in which we understand each other and are able to work together productively. It’s hard to do that if you don’t have some sort of relationship.”

Kellogg, a current member of the Mennonite Church USA Executive Board, says those interfaith connections were not part of his experiences during his childhood in rural Kansas. Eventually, though, he became a professor of agricultural development at the University of Illinois and did extensive international travel, especially to developing countries. He saw the importance of shaping students who would be able to go out and work at justice issues with a greater understanding of the faith context in which they occurred.

“We had a huge international student body, many of whom were Muslim, and many of the young Christians and Muslims didn’t have a chance to get to know each other,” Kellogg says. “I realized we had an important role to play in building understanding.”

That approach continued as he served as president of a university consortium and later as he returned to the University of Illinois as Associate Vice Chancellor of International Affairs. He was in that role in 2001, when 9/11 occurred and fanned the flames of religious tensions across the United States.

“One of my responsibilities was the university’s response to and engagement with new regulations for people from various countries, especially Muslims,” Kellogg says. He consulted with attorneys for one Muslim colleague who was taken to Chicago for questioning and acted as a reference, and he worked at other issues around immigration and visas in the turmoil of the months that followed.

Amid all that, Central Illinois Mosque and Islamic Center – which sits diagonally across the street from First Mennonite — decided to open up and engage the questions about Islam rather than hunkering down. Kellogg, who already had a connection with the mosque, was regularly invited to be part of programs with politicians, community members and others as the mosque sought to reach out.

Over the years the relationship between the two congregations has deepened and expanded as they have supported each other in difficult times and encouraged each other to be their best. They began a peace garden together and regularly collaborate on programs. They share parking space, especially for the large mosque’s prayer services on Fridays. This summer they are working – along with a local Jewish synagogue – to create a program for youth in the area to build interfaith understanding.

In fact, their work has become so intertwined that when First Mennonite was hiring a new pastor some years ago, the mosque asked to be represented in the search process.

The congregation’s current lead pastor, Michael Crosby, says he connects regularly with the mosque’s imam, Ousmane Sawadogo, and other members, and he deeply appreciates the unique relationship.

“The friendship with the mosque is an important part of the identity of this church,” Crosby says. “We’re grateful for the folks who saw the value of that relationship 15 to 20 years ago. When we talk about loving our neighbors, we mean quite literally all those who come to worship at the mosque.”

The energy has spread, too, with other congregations in the community expressing interest and an active InterFaith Alliance growing. It recently partnered with the local Habitat for Humanity chapter to launch an Interfaith Build project to construct two houses in the city, contributing finances and volunteers. Response from the community has been almost universally positive, Crosby says.

“It’s a neat way to see the results of years and years of hard work and relationship-building,” Crosby says. “There is some cool fruit growing around town.”

And Kellogg, of course, is delighted to see that fruit blossoming so abundantly.

“I’m not naïve that everyone – Christian or Muslim – wants to do this, but it’s important that we have this development of relationships,” Kellogg says. “We’ve simply got to find ways to come together to deal with the challenges of poverty and violence. I think God is calling us to that and asking us to be engaged.”