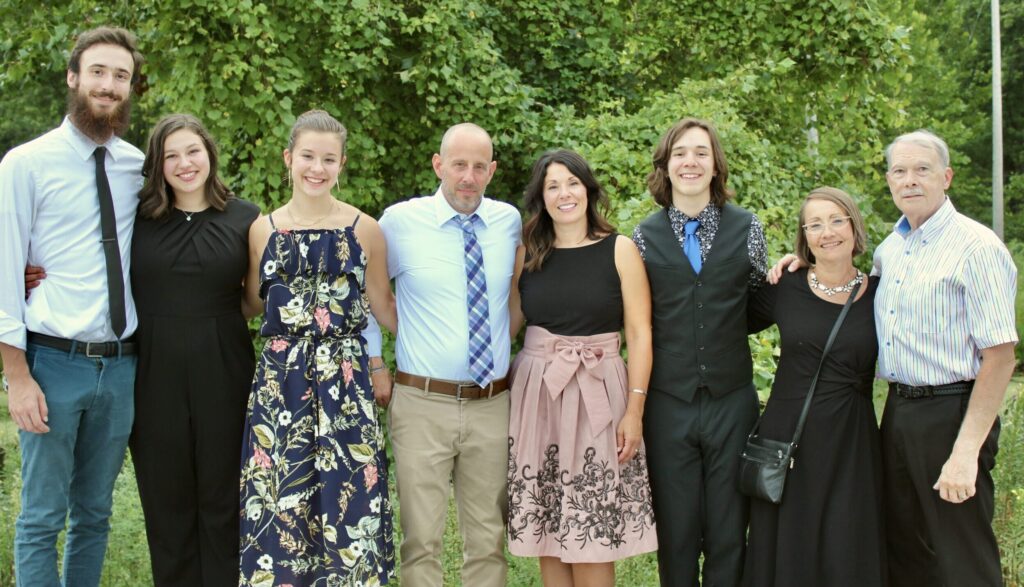 Marty Lehman and Rex Hooley (far right) with their “daughter” Christy (fifth from left) and her family. 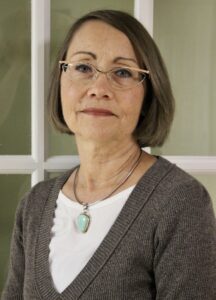 The Mennonite Church USA (MC USA) Executive Board has nominated Marty Lehman of Goshen, Indiana, as moderator-elect for the Delegate Assembly cycle beginning July 2023. Lehman is a former associate executive director for Churchwide Operations for MC USA and has a deep affiliation with and affection for the denomination.

“I love our church and believe in what our church is doing and trying to do,” said Lehman. She said she hopes that we can “be known as people that are reaching out and caring for the most vulnerable in [our] communities … people that show up … people who serve as the hands and feet of Jesus, so that God’s healing and hope can flow through us to the world.”

Pending affirmation by the Delegate Assembly, which will meet in Kansas City, Missouri, on July 7-8, 2023, Lehman will serve alongside incoming moderator, Jon Carlson of Lancaster, Pennsylvania.

Stan Shantz, chair of MC USA’s Leadership Discernment Committee and lead pastor at James Street Mennonite Church, Lancaster, Pennsylvania, said “Marty brings the right kinds of gifts for the church at this time. She is a bridge builder, a person of high quality and character, somebody who listens to both sides and is sensitive to the issues.” 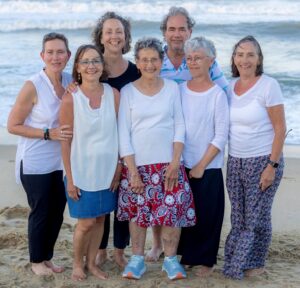 The third of six children, Lehman was raised on an Indiana dairy farm. Her family was Amish. Her parents migrated to a conservative Mennonite congregation when she was 10 years old. Lehman describes the transition as “not a particularly good experience.” However, the family was warmly welcomed when they joined an Indiana-Michigan Mennonite Conference congregation, she said.

After high school, she attended Rosedale Bible College, Irwin, Ohio. Lehman completed her studies at Indiana University in South Bend, where she earned a bachelor’s degree in sociology and a master’s degree in public affairs. She was the first in her family to earn a college degree.

Lehman began her professional career as a social worker in Elkhart, Indiana, advocating for abused children.

She joined the staff of Goshen (Indiana) College in 1990, serving as the director of admissions for eight years and, later, as an adjunct faculty member for two years.

In 1998, when the merger between Mennonite Church (MC) and General Conference – the two denominations that formed MC USA — was starting to stir, Lehman joined the MC Mennonite Board of Missions as vice president for internal operations. During the merger transition, she served as interim president of the Mennonite Board of Missions and also as senior executive for advancement for its soon-to-be successor organization, MC USA’s Mennonite Mission Network.

Lehman said that she feels this experience has helped prepare her for the role of moderator-elect.

“Going through the merger process helped me understand the historic ways that our two denominations worked,” she said. It also helped her connect with people across the denomination, something she said she is looking forward to continuing as moderator-elect.

“Marty has the ability to give leadership in tough situations,” said Shantz. “She will be an asset for this middle-aged church that’s going through significant changes. She’s very knowledgeable about church processes. She’s able to put her own agenda aside and … doesn’t crack in the midst of tense moments.”

In 2004, Lehman accepted the position of MC USA associate executive director for Churchwide Operations. She managed denominational funding, stewardship education, The Corinthian Plan, communication, advancement, the archives and more during her 10 years on the Executive Board staff.

Lehman then served as the administrative pastor at her home church, College Mennonite Church, a multi-generational, multi-cultural church in Goshen, where she supervised the pastoral and non-pastoral staff from 2014-2018.

Although Lehman is now retired, her list of volunteer responsibilities demonstrates her ongoing commitment to the Anabaptist Mennonite community. She serves on the Gifts Discernment Committee and Stewardship Committee at College Mennonite. She provides coaching for Indiana-Michigan Mennonite Conference, work that she describes as “very rewarding.” She is a board member for the Schowalter Foundation and a volunteer for Menno-Hof, an Amish and Mennonite Information Center in Shipshewana, Indiana.

Lehman is also a member of the MC USA Leadership Discernment Committee. She recused herself from discussions around the moderator-elect position when it became clear that the committee was considering her for the role.

Lehman and her husband, Rex Hooley, enjoy spending time with their “daughter,” Christy Smith, whom she lovingly refers to as her “daughter by another mother.” They connected while Lehman was working at Goshen College, where Christy was a student. Through Christy, they are the proud “grandma” and “grandpa” to three grandchildren – one of whom just got married, Lehman said, smiling. They also keep busy connecting with their many nieces and nephews.

Lehman relaxes by cooking and reading and often can be found with her hands in the soil. “I find gardening very therapeutic,” she said. Her family teases her about her tendency to hoard houseplants. Always up for a challenge, she currently is learning to propagate African violets.

A website on raising African violets, offers this advice for growers, “A basic rule in African violet care is this: … provide all of their  necessities when they need it, in moderation.” Perhaps, then, this is the perfect pastime for someone who is being called to serve as moderator-elect.

Mennonite Church USA is the largest Mennonite denomination in the United States with 16 conferences, approximately 540 congregations and 56,000 members. An Anabaptist Christian denomination, MC USA is part of Mennonite World Conference, a global faith family that includes churches in 59 countries. It has offices in Elkhart, Indiana and Newton, Kansas. mennoniteUSA.org