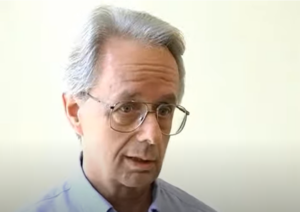 It is with great sadness that Mennonite Church USA (MC USA) announces the passing of James (“Jim”) Frederick Schrag, 78, pastor, leader and first executive director of the denomination, on Saturday, Jan. 7, 2023, in North Newton, Kansas.

“We mourn the loss of a foundational leader of our faith community,” said Linda Dibble, moderator of MC USA. “We pray for peace and comfort for Jim’s family. Jim was courageous in leading the newly formed MC USA. His contribution to our denomination was invaluable and led to the creation of many of our structural documents, which continue to guide our work today.”

Schrag was a lifelong member of the Mennonite church. His devotion to God and the church was abundantly clear and resulted in 36 years of formal ministry.

“Jim served God faithfully through his call to ministry at every level of the church,” said Glen Guyton, MC USA executive director. “I am thankful for the opportunities I had to work with Jim. He was a pioneer and a prophetic leader who sacrificed so much to draw people to Jesus and each other, embodying the vision of Mennonite Church USA.”

Schrag was instrumental in the formation of MC USA, serving as the project leader of the transformation team that brought together the Mennonite Church and the General Conference Mennonite Church to create the largest Mennonite denomination in the United States. He served as executive director of MC USA from mid-2001, through the official merger in Feb. 2002, and until his retirement in 2009.

“Jim brought a deep love and commitment to MC USA,” said Carlos Romero, former executive director of Mennonite Education Agency, who worked alongside Schrag in the early days of the church. “His vast church experience, historical perspective and theological grounding were a gift to a new entity that was forming. In the midst of so many complexities in those early days, I appreciated Jim’s ability to simplify the issues and present a path forward.”

Schrag was a strong proponent and product of Mennonite education. He earned a Bachelor of Arts in History and Social Sciences from Bethel College, in North Newton, Kansas, in 1966.

Schrag then worked as a social sciences teacher at a high school in Kansas for one year and taught for three years at Emusire Secondary School in Maseno, Kenya, through Mennonite Central Committee’s former Teachers Abroad Program (TAP).

Schrag was ordained in Western District Conference and began his formal ministry career at Tabor Mennonite Church, in Newton, Kansas, in 1973. He served as pastor of Tabor Mennonite for 12 years. He, then, moved to Smithville, Ohio, where he pastored Oak Grove Mennonite Church for 11 years, from 1985 to 1996.

Schrag was called to serve as the general secretary of the General Conference Mennonite Church in 1996, a position he held for three years before leading the denominational transformation team.

“Jim and I worked together for about a decade, constructing and helping the formation of the then new church,” said Stanley Green, executive conference minister of MC USA’s Pacific Southwest Mennonite Conference. Green served as executive director for Mennonite Mission Network, MC USA’s mission agency, during Jim’s leadership of the denomination. “During those hopeful and difficult years, I got to know Jim very well. He was passionate about his vision for MC USA and indefatigable in his labors to bring that vision to life. My prayers are with Judy and their children, who so freely shared Jim with the church.”

Schrag also gave his time to serve on numerous Mennonite boards and committees over the years.

In 2010, he was awarded Bethel College’s Outstanding Alumnus Award for his character, service to the church, and outstanding achievements.

Schrag was born Nov. 24, 1944. He is survived by his wife, Judith (Judy) A. Schrag; three daughters, Valerie Schrag of Lawrence, Kan., Melissa (Doug) Claassen of Moses Lake, Wash., and Rachel (Brad) Schrag Sommerfeld of Wichita, Kan.; four grandchildren; a sister, Betty (Dewayne) Pauls of Newton; and a sister-in-law, Frances Schrag of Newton. He was preceded in death by a brother, Robert M. Schrag.

Visitation will be from 5 to 8 p.m. Thursday, Jan. 12, at First Mennonite Church of Newton. A memorial worship service will be held at 11 a.m. on Friday, Jan. 13, at the church. 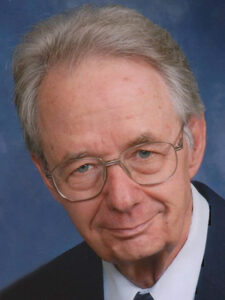 Photo from The Mennonite.

“I believe that Mennonite Church USA exists for the purpose of the redemption of the world through Jesus Christ. Through the work of the Holy Spirit, we are called to be part of the reconciliation of all things in our suffering creation. God has designs for us together in this expression of the Christian church. Our Anabaptist understanding of scripture serves as a steady guide that leads to new discovery of God’s persistent and renewing activity all around us. God is calling Mennonite Church USA for an expanded purpose and mission.”