By Mennonite Church Executive Board staff 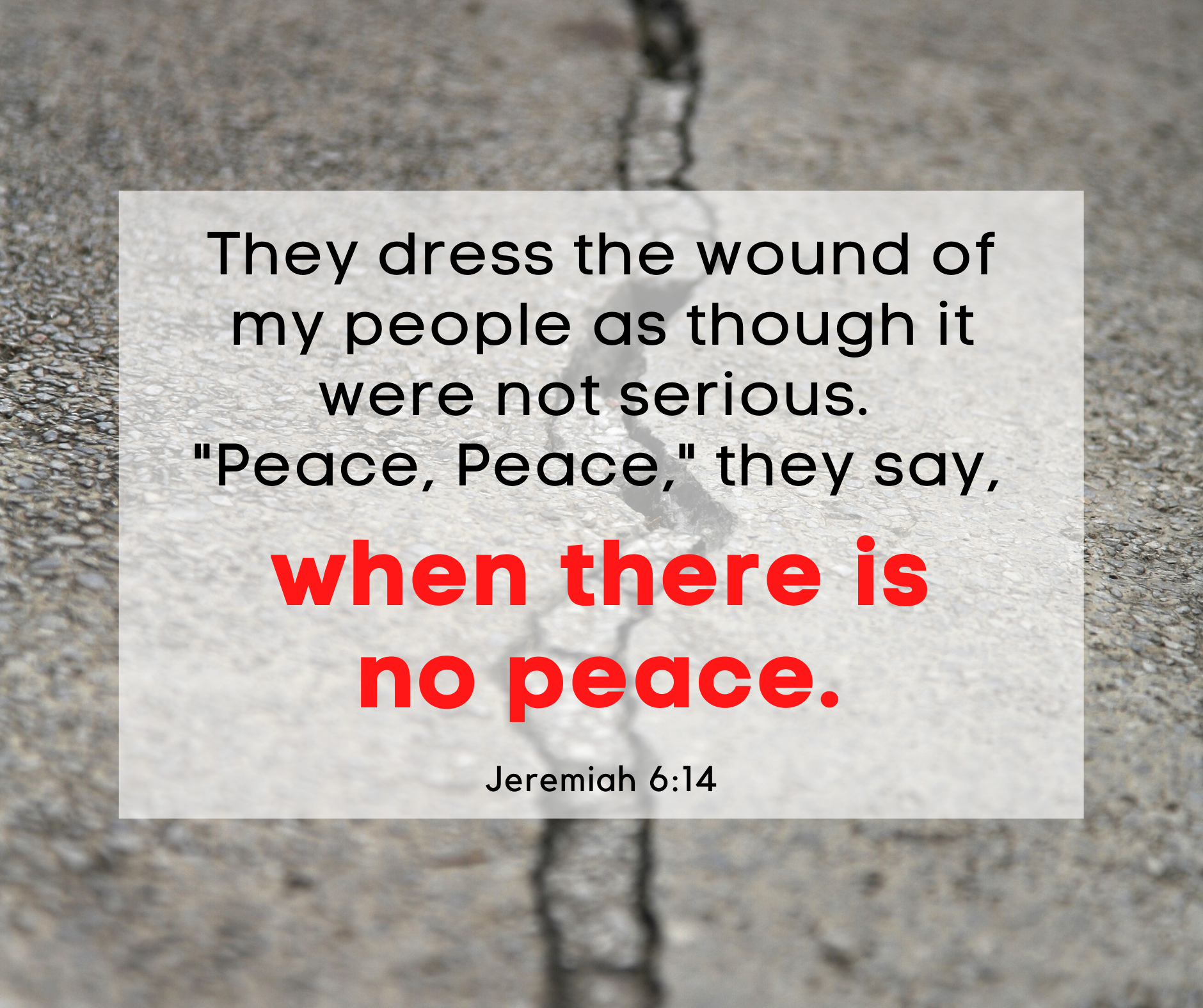 Amid the recent events surrounding the killing of George Floyd by Minneapolis police, the latest fatal violence against African Americans, Mennonite Church USA (MC USA) joins in mourning and lament. We lament that this is yet another example of the simmering racial injustice that pervades America, and we pray for God’s justice to roll down like a mighty river within our communities.

This is not a time for Mennonites to be the quiet in the land. We call on our congregations to lament and pray together. More than that, we encourage you to stand in solidarity with communities of color, walk alongside them and, indeed, be led by them. This is especially needed as COVID-19 is unveiling the racial disparities in our systems.

Jesus confronted this violence on the cross, as he was unjustly executed by state power. As people of the cross, we stand with the crucified. We stand seeking Christ’s costly peace.

We, as Mennonites, seek to be a people who follow the Prince of Peace and his ways. We understand that many in our congregations and constituent groups likely have questions as we process recent events. These may include:

Many of the local activists in Minneapolis and other cities have continued peaceful protests. They have taken to the streets out of grave frustration and grief. Some of the looting and lawlessness has been done by white supremacy groups and opportunists who are not listening to the strategic tactics of local black and people of color grassroots organizers.

We also should ask ourselves, what violence are we willing to critique and how are we defining the narrative? Are we willing to critique the white supremacy that goes unseen by those who benefit most from it and state violence, which threatens the lives of our sisters and brothers? Or, are we primarily concerned with property damage? Do we first want to reestablish law and order? Are we mindful that the status quo of law and order is the foundational violence that oppressed communities have sought to change for years?

When Jesus approached Jerusalem, he wept because the people did not recognize the things of peace, real embodied peace, and so their violence would destroy them (Luke 19:41-44). Violence was part of the order. Yet, at the same time, Jesus immediately went into the temple and forcefully drove out those who made this social, political and religious institution a den of robbers (19:45-46).

Violence is complex, and Jesus’ response was complex. We should not simply side with institutional violence because order feels like peace. Indeed, Jesus tells us to stand with the oppressed over the powerful.  We must be careful not to normalize this order as peace. Jesus did not.

People of color in the Americas, starting with the indigenous brothers and sisters, have been marginalized since the first European colonists arrived up until the present day. Black people have experienced the consequences of a country built on chattel slavery, white supremacy, Jim Crow laws and mass incarceration. The statement #Black Lives Matter was an outcry after yet another violent racial killing of an African American, pointing out the pain and suffering of that specific group of marginalized people. To respond by saying, “all lives matter” in this context is to be dismissive of that pain and suffering. Certainly, all lives matter. All lives matter to us, and all lives matter to God; but do we live as if all lives matter? Institutionalized inequality means that all lives are not of equal value. It is important to center those who are counted as less (1 Corinthians 1:26-29).

We are called to love our enemies, but that love does not cancel out anger against injustice and those perpetrating it. The anger is real, and its expression is necessary. Scripture shows us over and again God’s anger at injustice. More than that, Scripture shows us that God is at work, bringing peace with justice for all people. Shalom is not an abstract concept, it is a social reality whereby all people have all they need to flourish as image bearers of God.

May we continue to pray for, seek out and lend our voices and bodies to God’s healing, justice and peace.

*White supremacy refers to “a political or socioeconomic system where white people enjoy structural advantage and rights that other racial and ethnic groups do not, both at a collective and an individual level.” Read more about white supremacy and racism from DRworks.

Read more on this topic from MC USA