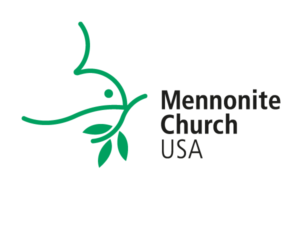 leaders of churches and faith-based organizations that has signed a letter to Congress, expressing grief over “the current rise in violence between the U.S. and Iran,” and urging Congress “to pass legislation that will bring us back to the negotiating table with Iran.”

“We write to you as faith leaders deeply grieved by the current rise in violence and tension between the U.S. and Iran. The events of recent weeks, including the assassination of Major General Qasem Soleimani, and the Iranian missile strike on January 7 against US and Iraqi bases in Iraq, have left us deeply disturbed. Our faith teaches us that in times of conflict, the best way forward is through diplomacy and peacemaking. Actions of violence will only exacerbate the situation, leading to increased violence, hatred, and discord between the U.S and Iran. The way of peace is not easy, yet we believe it will result in lasting security and justice for the people of Iran and the United States.

We ask Congress to do everything in its power to ensure the U.S. does not continue its escalation of U.S. military action toward Iran; and indeed to do all that is possible to deescalate the tensions, including robust support for diplomacy. Military action will likely further destabilize the region and result in the loss of precious human life. War will impact the most vulnerable, causing irreparable harm and dimming prospects for peace between our two nations. We pray for the people of Iraq who now have been caught in the crossfire between Iran and the United States.

It is Congress, not the President, that must approve the U.S. entering into a new war and Congress has the authority to stop the U.S. from funding future military activities against Iran. We urge you to not delay in asserting your war powers authority and move the U.S. away from the precipice of war. We further encourage you to pass legislation that will bring us back to the negotiating table with Iran.

During this challenging time, we are grateful for your service to this country. Please know we are lifting you up in our prayers.”