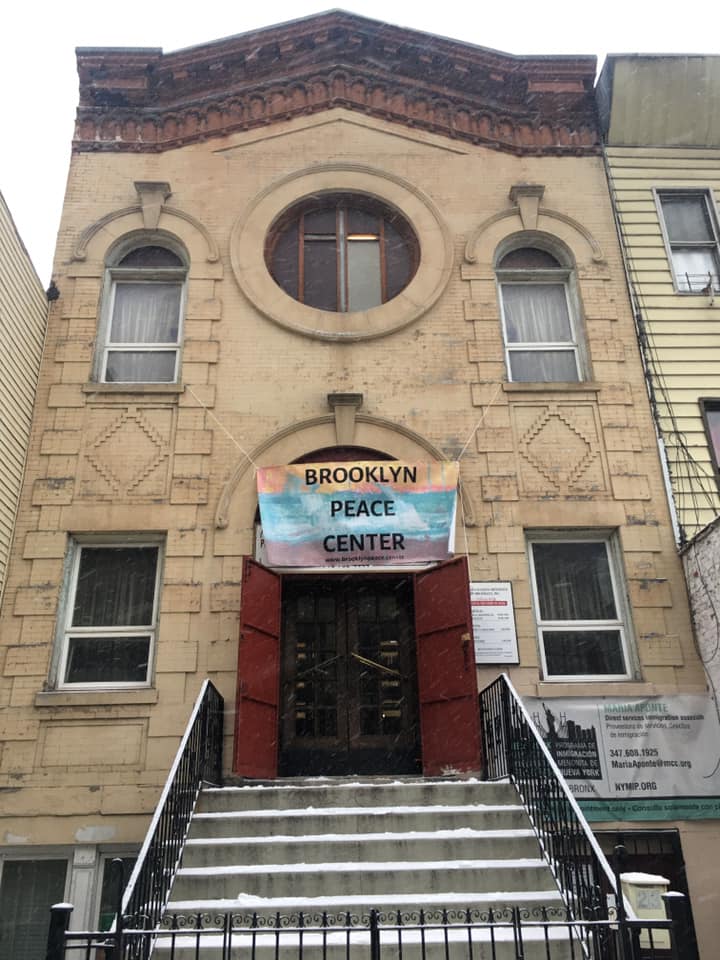 It did not take long, however, for Chenlo, leader of the Sent Network, and others to catch God’s vision for planting a renewed peace witness in the borough of Brooklyn. Following the anniversary celebration, Chenlo, leaders from Atlantic Coast Conference (ACC), and pastors from the New York City Council of Mennonite Churches (NYCMC) listened together to the Spirit’s promptings.

The fruit of their discernment led to the birth of Brooklyn Peace Church, a church plant of ACC (an area conference of Mennonite Church USA) and Brooklyn Peace Center. Currently, the two entities are partnering to develop their ministries and vision together.

The idea of a renewed peace witness within the Brooklyn community quickly took hold, given a sense of high need and broad opportunity. “The community provides many opportunities for a peace witness to thrive, especially in light of this pandemic and the pain and injustice surrounding it,” said Chenlo, who will serve as peace church coach for three years.

Upon recommendation of ACC, the former congregation made the difficult decision to retire its ministry. After Primera Iglesia Menonita closed its doors last fall, this new peace witness began to emerge. Brooklyn Peace Church/Brooklyn Peace Center began developing their ministries in the same space ⸺ a former Jewish synagogue on Marcus Garvey Boulevard.

No one knew what would follow so quickly on the planting of the new ministries: a pandemic lockdown and a series of protests in many U.S. cities, including NYC, denouncing violence and discrimination against Black people. 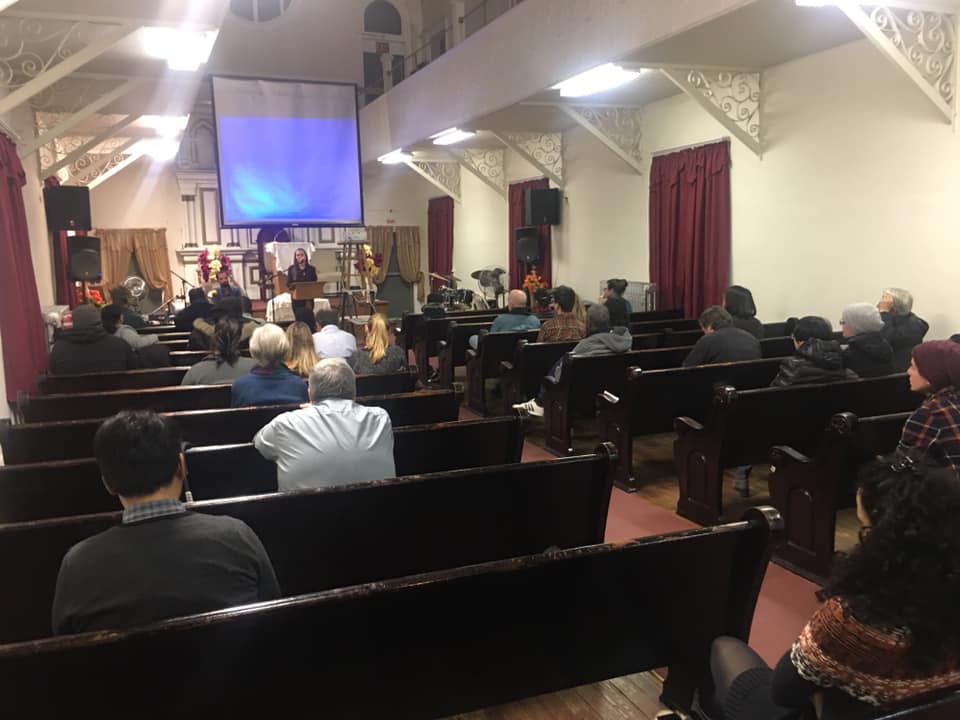 The planned May 31 launch of Brooklyn Peace Church was postponed because of the pandemic. Yet, the slowdown has not shut down NYCMC leaders. In fact, Brooklyn Peace Center developed online programming, such as a virtual art gallery with Common Humanity and a weekly online webinar series, Teaching Peace, which features interviews with prominent peacemakers.

“We’ve had more time to do fundraising, strategic planning, and online programming,” said Jason Storbakken, who is leading the Brooklyn Peace Church launch team and is a member of the Center’s transitional board. He is also pastor of Manhattan Mennonite Fellowship.

“In one of our evening programs in the Teaching Peace series, Dr. Malinda Berry, theologian and professor at Anabaptist Mennonite Biblical Seminary, discussed how our peace witness can be embodied in helping to dismantle systems of injustice in the here and now,” he said. “We cannot wait for the future, when the wholeness of eternity breaks into our broken world.”

Storbakken, serving as co-director of the Center with Vonetta Storbakken, his spouse, said the Center plans to also offer conflict mediation and classes and workshops for the community. A large immigrant population, public housing projects, and a public hospital across the street amid development and gentrification signal the diversity surrounding the Center.

Ruth Yoder Wenger, ACC conference minister for NYC, and pastor of North Bronx Mennonite Church, said this new peace initiative is being sown in the same soil tilled by NYC Anabaptists for the last half century.

“A peace witness has been bubbling in our NYC churches for years,” Wenger said. “Now we have a new opportunity. The Brooklyn Peace Center adds a fresh and necessary voice to the mix of our national discussion right now.”

Several other groups contributing to the peace witness are based out of the Peace Center, including the New York Mennonite Immigration Program, the Radical Living Youth Program, and Believers Mennonite Garifuna Ministries. Before the pandemic, they were meeting collectively on Saturdays to share a meal in community.

Merv Stoltzfus, ACC’s executive conference minister, said many Anabaptists in New York City are excited about a peace center and responding to injustice, and are looking for this type of congregational life.

“The hope is that these initiatives will be a place for people to live more fully into their passions of peacemaking,” he said.

Storbakken said the guidance of Chenlo’s coaching on behalf of Mission Network has been a huge catalyst for forward movement. Chenlo is also connecting the Center to other initiatives around the world, such as a newly developing peace center with a Mission Network partner in Quito, Ecuador.

“People often perceive Mission Network as only doing international work, but we are also engaged in the United States,” Chenlo said. “At the same time, however, I hope that the peace witness in Brooklyn helps bring together people from different cultures.

“What other place brings together people of all nations like New York City? The world is here, and because of that, we can better connect Mennonites in the city with those in other cities across the world with the same kind of vision.”