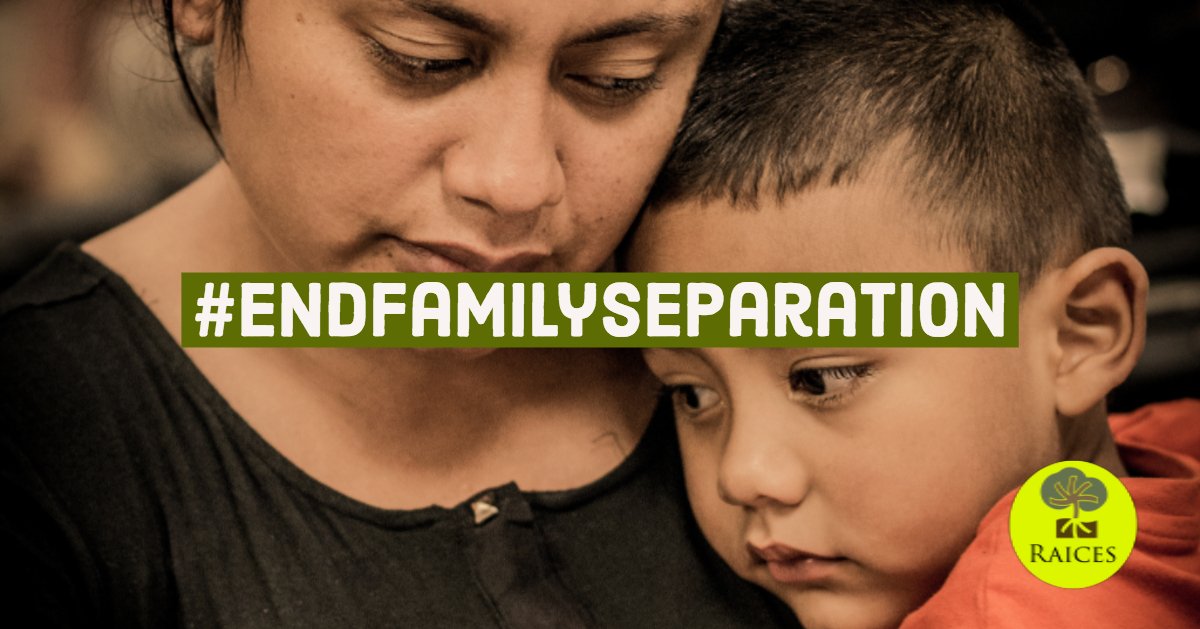 Over 2,000 children have been separated from their parents at the U.S.-Mexico border between May 5 and June 9. RAICES photo.

SAN ANTONIO (Mennonite Church USA) — When Katrina Kniss began her placement as a legal assistant at RAICES (Refugee and Immigrant Center for Education and Legal Services) through Mennonite Voluntary Service (MVS) in August 2017, one of her roles included assisting people with DACA (Deferred Action for Child Arrivals). The announcement that DACA would be repealed came during her second week there.

She learned quickly that changes in immigration law shift people’s needs. “You have to roll with the punches of what happens in federal government and policy,” Kniss said.

RAICES, which has recently gained national attention for its work to provide legal representation and reunite immigrant families separated at the border, has a long-term relationship with Mennonite Voluntary Service and San Antonio Mennonite Church.

John Blatz and his wife Stacey Merkt, members of San Antonio Mennonite Church, were activists in the 1980s Sanctuary movement and became involved with RAICES, then called the Refugee Aid Project, in 1990. The organization initially offered social services like clothing, medical care and shelter to immigrants fleeing civil wars and social upheavals in Central America.

There was less of a need for distributing items when special benefits like Temporary Protected Status were extended to Central Americans, Blatz explains. As an attorney, Blatz helped organize the shift of RAICES toward providing legal services, and he served as executive director for 10 years. He then stepped down to become a staff attorney where he continues today. 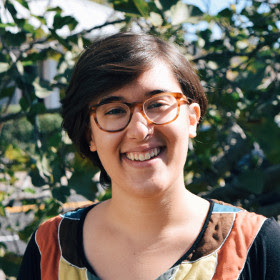 Katrina Kniss is currently serving as a legal assistant at RAICES through Mennonite Voluntary Service.

RAICES, now the only nonprofit in the country that works directly with and provides legal services to children, adults and families detained in federal custody, has grown to a staff of over 100 with offices in six Texas cities. In 2017, they closed 51,000 cases with free legal representation.

“I’m astounded at how agile we are,” said Blatz. “At this point, we’re looking to provide statewide coverage for all the detention centers, and I’m thinking, wow, that’s a big job.”

In response to the separation of over 2,000 immigrant children from their parents at the U.S. border, hundreds of people created social media fund raisers for RAICES, with one notable viral fund raiser donating over 20 million dollars.

RAICES has begun using these funds to increase their work of providing children with legal representation in immigration court, and to organize several tools and processes for reuniting separated families, according to a June 20 Facebook Live update from RAICES staff.

“I think it’s important for all of us to understand how difficult and complicated the history of immigration is in our country. It’s not an easy system to navigate,” said Kniss.

“You meet people in such tenuous situations and you want them to be safe. You don’t want them to have to go back to what’s dangerous,” said Blatz. “I hope that the U.S. decides on much more humane and better policy.”

“I have always felt the support of the SAMC community and have often requested prayers for particular clients who were presenting themselves for asylum hearings,” said Blatz. “We were especially gifted to have a long-term relationship with MVS. They’ve been extremely competent and great volunteers who have benefitted people so much.”

MVS participants have served at RAICES since about 1995, some for multiple years and three going on to become lawyers, said Blatz. Kniss also plans to continue as staff when her MVS term ends.

San Antonio Mennonite Church has also been involved with assisting refugees, asylum seekers and at-risk immigrants in several ways, including joining the Interfaith Welcome Coalition and assisting people coming out of detention with navigating their next steps at bus stations. The congregation played a large role in interfaith efforts in 2016 to provide shelter and food when hundreds of women and children were released from detention centers at once. More recently, the pastor, John Garland, has shared several stories and videos from visiting the border and resources for how people can support aid organizations. 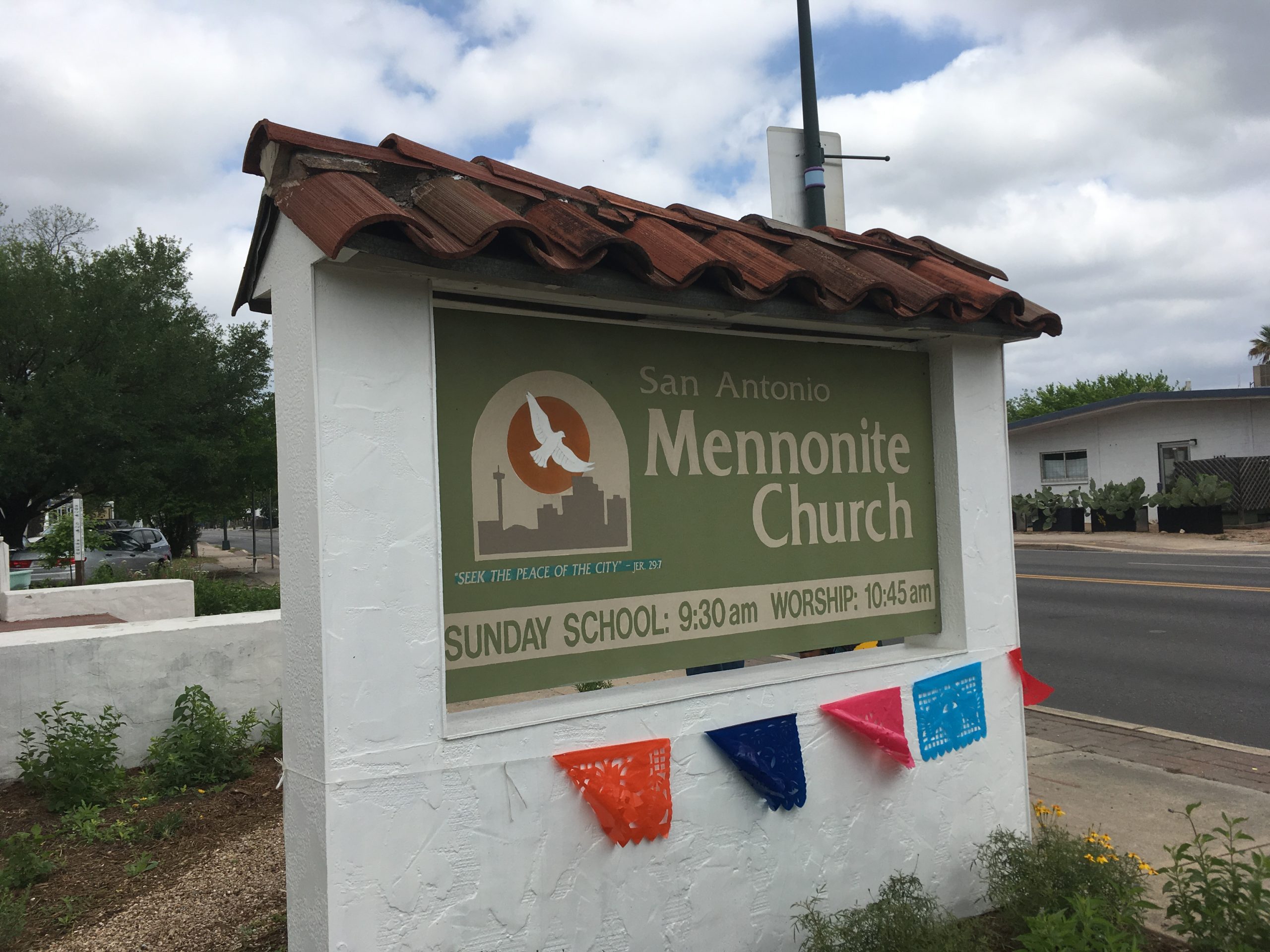 “San Antonio Mennonite has shown me the way that churches can get involved,” said Kniss. “Each of us are called to meet the needs of our community wherever we are. Love is not passive. It’s an action. It’s working to create systems and structures that create justice and a more loving world.”

Having worked in immigration law for decades, Blatz expressed his discouragement to see how people who have risked everything to come here are treated.

“My hope is that as these people are distributed throughout the country, they get to talk to people. If you know these folks—if you know their stories, why they’re coming, you’re not going to want to send them back,” said Blatz.

“We are all God’s children,” said Kniss. “That is, to me, the most important thing it comes down to. I don’t think in God’s kingdom there are borders and divisions. That is why it’s important to continue this work.”