Stutzman to retire as executive director in 2018 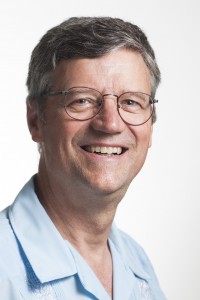 The announcement came on Thursday, March 30, during the meetings of the church’s Executive Board, the body that is responsible for calling and hiring the executive director. In the months leading up to this summer’s Mennonite Church USA convention in Orlando, the board will form a search committee to find Stutzman’s successor and determine a timetable for the transition.

“The board receives Ervin’s announcement of his upcoming retirement with deep appreciation for his strong executive and pastoral leadership in Mennonite Church USA over these past eight years,” says Patty Shelly, moderator of Mennonite Church USA and chair of the Executive Board.

“Ervin’s time as executive director is part of his lifetime commitment to church ministry and service,” Shelly adds. “I thank God that, at this time in the young history of our denomination, we have had a person like Ervin Stutzman to lead Mennonite Church USA – someone with a deep commitment to Christ and love for the church, who has brought considerable administrative, pastoral and communication gifts to his work. Ervin’s steady and non-anxious leadership style has been a gift to the church, particularly in this stressful and polarized time in the life of our denomination.”

During his tenure as executive director of Mennonite Church USA, Stutzman played a key role in developing the Purposeful Plan to guide the work of the denomination while helping the church navigate a time of deep polarization and division.

“Despite all our differences across the church, it’s painful to see people going their own way, because I believe we’d be better together,” Stutzman says.

“It’s been a particularly challenging season for Mennonite Church USA,” he admits. “With the effects of the 2008 economic downturn, building a new facility (in Elkhart, Indiana), the controversy about same-sex marriage and gridlock and more, there have been a lot of things to work through.”

David Boshart, moderator-elect of Mennonite Church USA, says he is grateful for Stutzman’s service. “Mennonite Church USA has been so fortunate to have been guided by Ervin’s wise and seasoned leadership during this challenging chapter in our church’s history,” Boshart says. “Ervin has listened deeply to our constituency and offered keen analysis to assist us all in discerning how to be witnesses to God’s healing and hope. Ervin’s leadership was given to us ‘for such a time as this.’”

Stutzman has seen a wide swath of the church during his career. He estimates that he has spoken in about 400 congregations in his various roles and visited numerous others. He has traveled across the country and around the world. 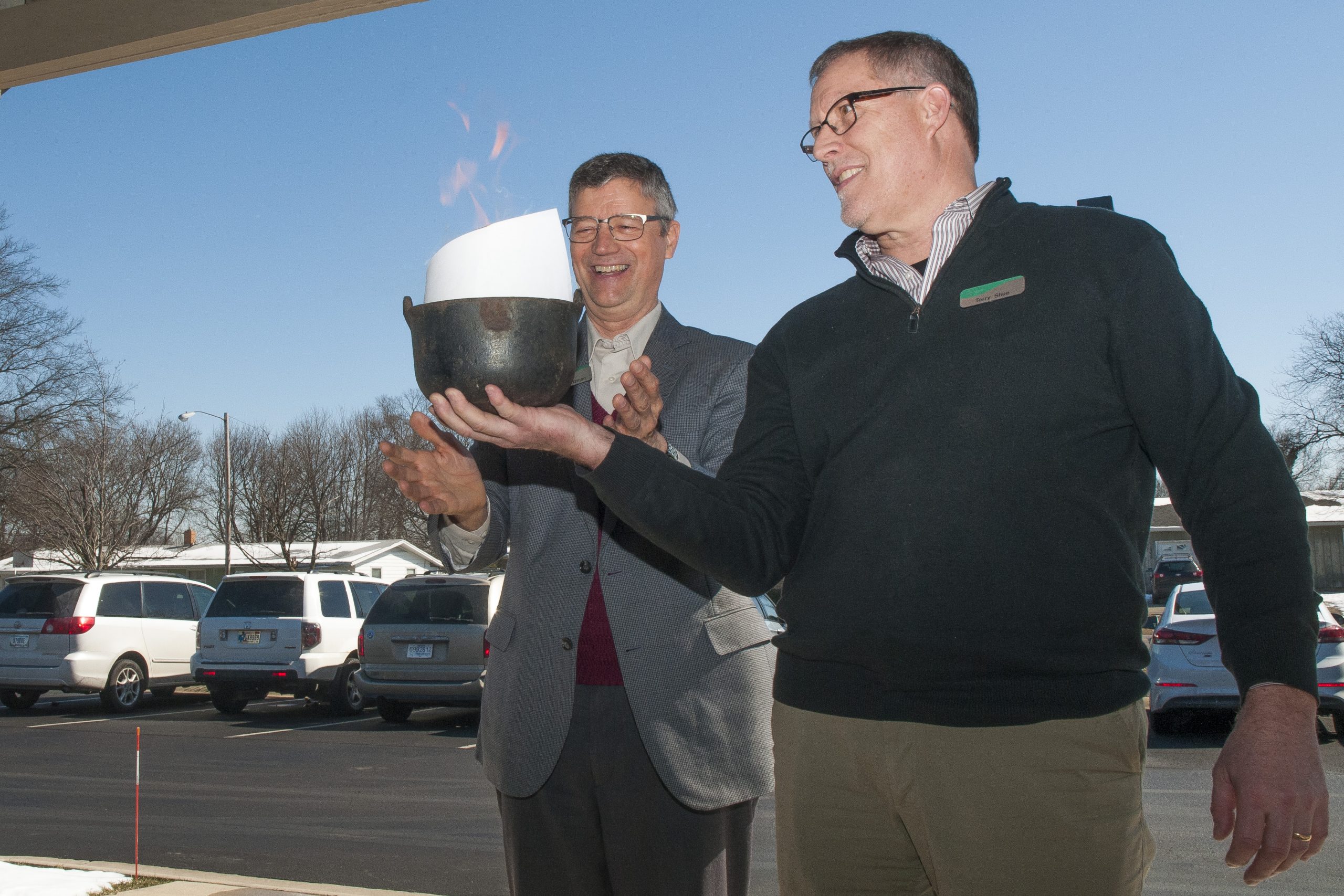 Stutzman, who will turn 65 next year, says he decided it was time to retire and turn his focus closer to home. He said he recently read the book Necessary Endings, which gave him some guidance for his path.

“It reminded me again of life stages,” Stutzman says. “Everything you do comes to an end at some time or other. You need to find where those stages are and flow with that. Every beginning needs an ending.”

This felt like an appropriate time for this particular ending, he says, as the church is at a “change point” with the Future Church Summit scheduled during convention in Orlando this summer, which will reignite an Anabaptist vision and direction for the next segment of the church’s journey.

“I have a deep love for Mennonite Church USA and have a great deal of excitement for what the Future Church Summit process can do for the future of the denomination. I see this as an important moment of transition for the church, and I offer my prayers and support to the next generation of leaders in whatever way seems most useful to them.”

Stutzman began life in an Amish community in Kalona, Iowa, and grew up in Kansas. Together with his wife, Bonita, he spent nearly five years in Voluntary Service in Ohio, and was called as a part-time minister at Mennonite Christian Assembly in Cincinnati when he was 22 years old. He then entered churchwide service in 1982 when he was called as associate director for Home Ministries with Eastern Mennonite Missions. He combined that work with a half-time position as a district overseer for Lancaster Conference beginning in 1984 and then served as Lancaster conference moderator for nine years. During those years, he also served a term on the Mennonite Church General Board.

Stutzman completed his doctoral degree in rhetoric and communication at Temple University in 1993. In the late 1990s, he became professor of Church Ministries and then academic dean at Eastern Mennonite Seminary (EMS) in Harrisonburg, Virginia, where he and Bonita currently live and plan to remain in retirement. He served as Mennonite Church USA moderator from 2001 to 2003. 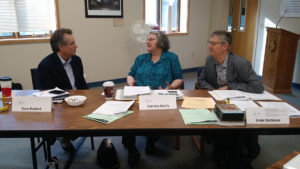 “I spent many years working long hours for the church,” Stutzman says. “I’ve been working full-time in some capacity for the church since 1982, and my jobs have involved quite a bit of travel. My wife and I felt we wanted to be able to slow down a bit and do more things together. My life has always been very full, and I look forward to having more time to spend on the many things I enjoy doing.”

Writing may be part of Stutzman’s post-retirement life, as he has already penned several novels — including the Return to Northkill historical trilogy, Tobias of the Amish and Emma, A Widow Among the Amish — along with the Being God’s People study guide and other titles. He also hopes to spend time in his hobbies of woodworking and remodeling.

And he plans to remain engaged with Park View Mennonite Church in Harrisonburg, which remains an important part of his life and faith.

“I love the Mennonite church,” Stutzman says. “I wouldn’t want to be a part of any other.”