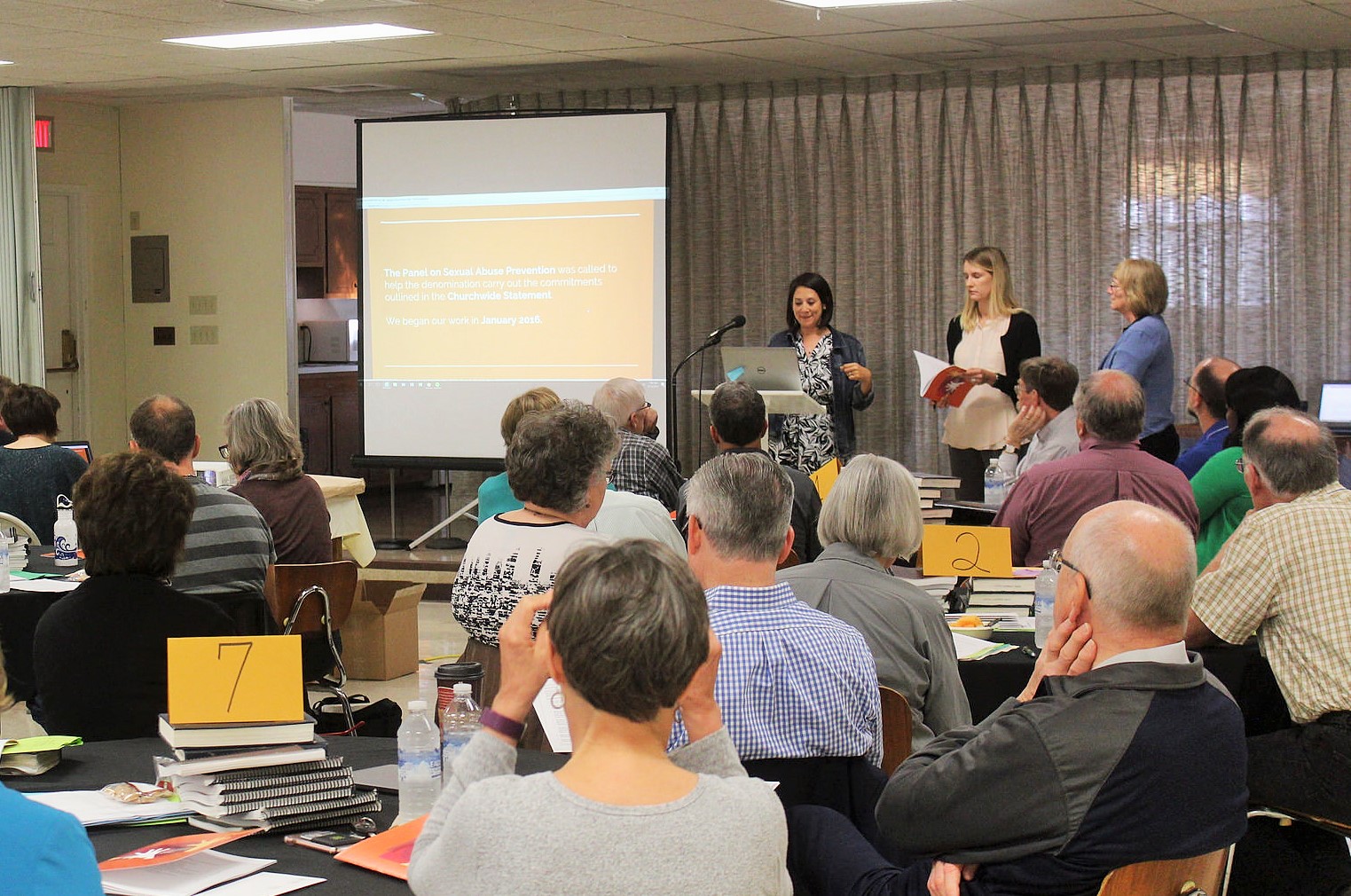 Jenny Castro, Anna Groff and Nancy Kauffman present to the joint meeting of the Executive Board and Constituency Leaders Council. Photo by Alex Woodring.

(Mennonite Church USA) — On Saturday, April 14, at the joint meeting of the Executive Board and Constituency Leaders Council, Anna Groff, Nancy Kauffmann and Jenny Castro, members of the Panel on Sexual Abuse Prevention, presented guidelines for MC USA congregations and organizations to respond when non-credentialed individuals are accused of sexualized violence. Other panel members include Regina Shands Stoltzfus, David Miller and Ross Erb. The panel concluded its two-year term in January 2018.

The panel created a document, titled “Prevention and Response: Sexual Abuse and Non-Credentialed Individuals,” which is currently available online and will be made widely available in print and translated into Spanish. 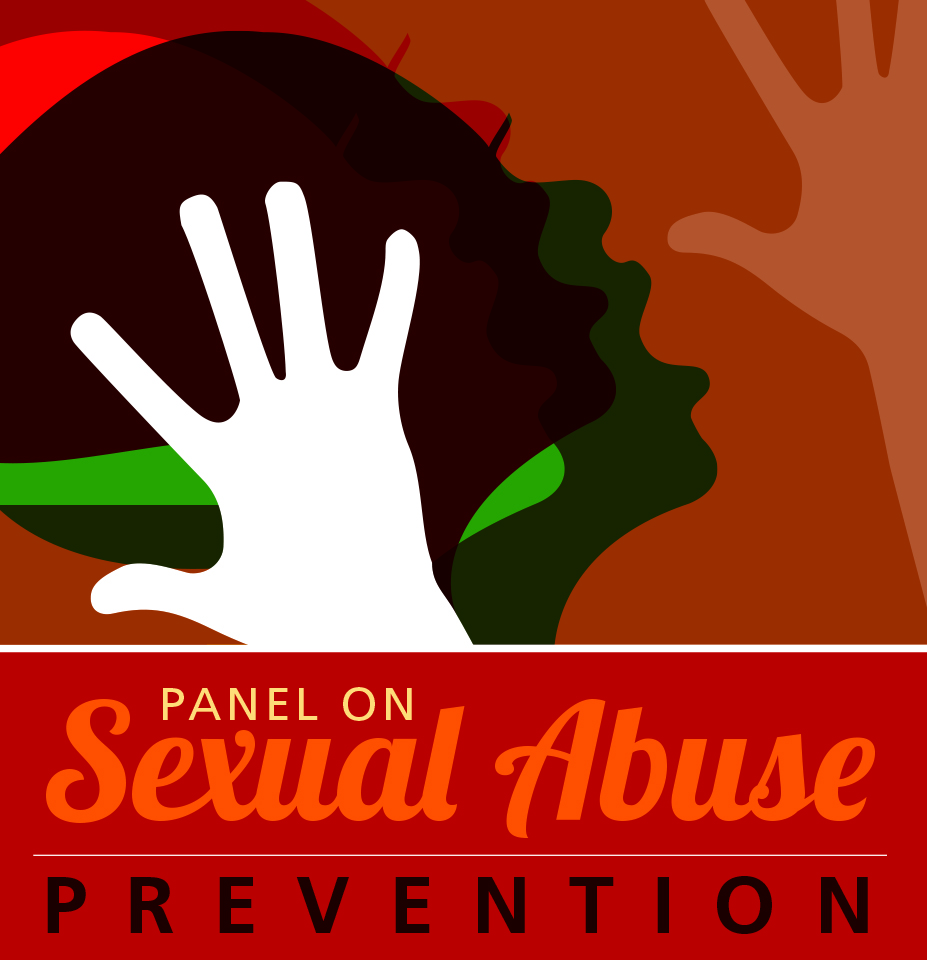 The presenters offered observations and recommendations for congregations, conferences and institutions in the prevention of sexualized violence and presented guidelines for response when non-credentialed individuals are accused.

Castro began the presentation by connecting the start of the panel’s term to the same month when news broke of the arrest of Luke Hartman, former vice president of enrollment at Eastern Mennonite University, on charges of solicitation of prostitution. This led to a significant and public case of a non-credentialed leader in the denomination being credibly accused of sexual abuse.

“To us it is important to begin at the beginning and to ground our work in context,” said Castro. “We spent a great deal of our time in 2016 responding to crisis. We learned so much. We are beginning to understand the pervasiveness of sexualized violence within our congregations, institutions and in our communities.”

“We tend to water down incidents either for our own comfort or for others, for instance by calling them an affair,” she said. “We must use the proper terminology to name sexual abuse.”

Kauffmann described the need for transparency in the process of response to sexualized violence.

“Sometimes we think of confidentiality when we’re really operating out of secrecy,” she said. “We have to understand the difference.”

Kauffmann ended the presentation with a comparison to fire drills as a way to emphasize the value of being proactive and providing preventive education about sexualized violence.

“What is the fire drill for sexual abuse that we need to do in our congregations, conferences and institutions that will help build up the kingdom of God?” Kauffmann said.

The panel was called by the Executive Board staff Cabinet in partnership with Mennonite Education Agency as a response to the Churchwide Statement on Sexual Abuse, passed by the MC USA Delegate Assembly at the 2015 convention in Kansas City.

“We resolve to tell the truth about sexual abuse; hold abusers accountable; acknowledge the seriousness of their sin; listen with care to those who have been wounded; protect vulnerable persons from injury; work restoratively for justice; and hold out hope that wounds will be healed, forgiveness offered, and relationships established or reestablished in healthy ways,” the resolution reads.