‘Turtle Island’ opens discussion on race, power in the church

NORTH NEWTON, Kansas (Mennonite Church USA) — When the Mennonite Church USA Executive Board (EB) and the Racial Ethnic Council (REC) held a joint meeting Nov. 10, the day started with participation in Mennonite Central Committee’s “The Loss of Turtle Island.” The interactive exercise addresses the history of violence and oppression suffered by Native Americans at the hands of the United States government and the church’s role in creating and perpetuating the Doctrine of Discovery. 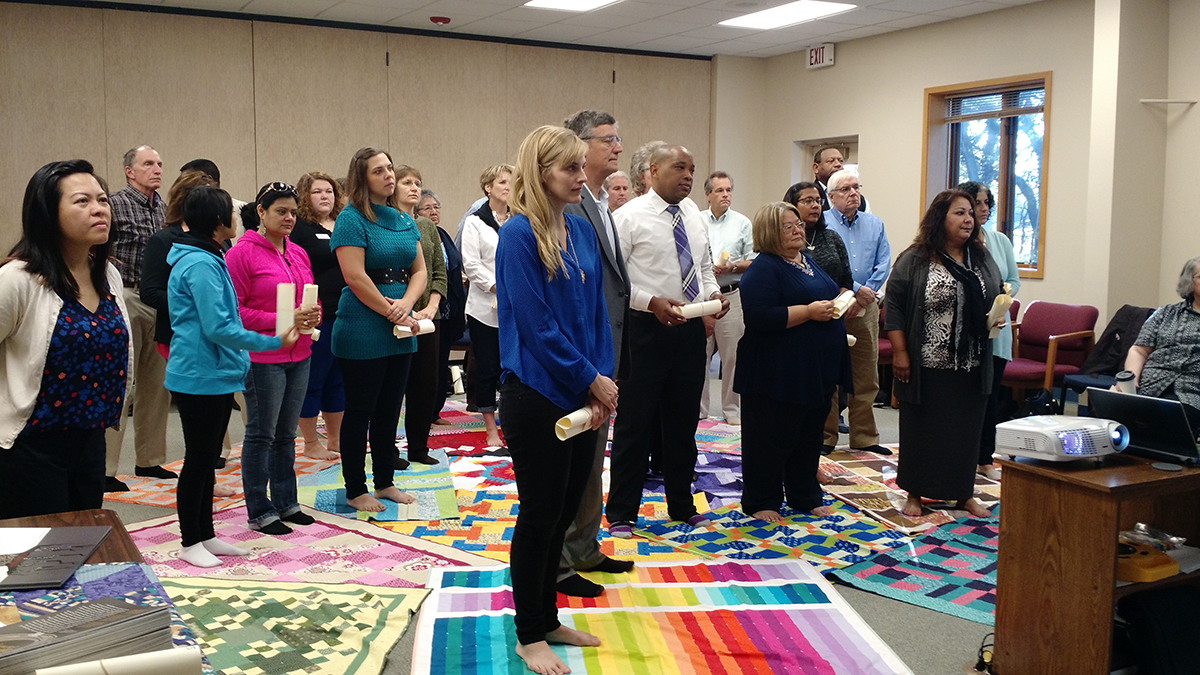 The exercise also addressed the Mennonite Church’s complicity in this history of violence – as benefactors of land taken from Native Americans, participants in residential schools where Native children were removed from their homes and proponents of forced cultural and religious assimilation in the schools as well as in congregational settings.

It set the tone for vulnerable sharing and diving deeper into how systems in Mennonite Church USA negatively affect people of color and continue to damage relationships. The REC asked questions about how formal and informal power works in Mennonite Church USA, how to access “entry points of power” and how to speak into processes where decisions are being made.

Leslie Francisco, chair of the REC and member of the EB from Hampton, Virginia, co-chaired the joint meeting with Patty Shelly, EB moderator. Francisco named the REC’s perception that decision-making processes in the denomination are confusing and circular, passed back and forth from EB to Constituency Leaders Council (CLC) to conferences and congregations. “We keep going around and around,” Francisco said. “But where does the buck stop? How do we deal with issues in the church?”

The EB began by naming the board’s “undisputed points of power” to convene meetings, set the agenda and design processes of who presents the agenda and how. They also named the powerful role played by the Leadership Discernment Committee (LDC) to “decide who is at the table” by appointing board members to the EB and various churchwide agencies. 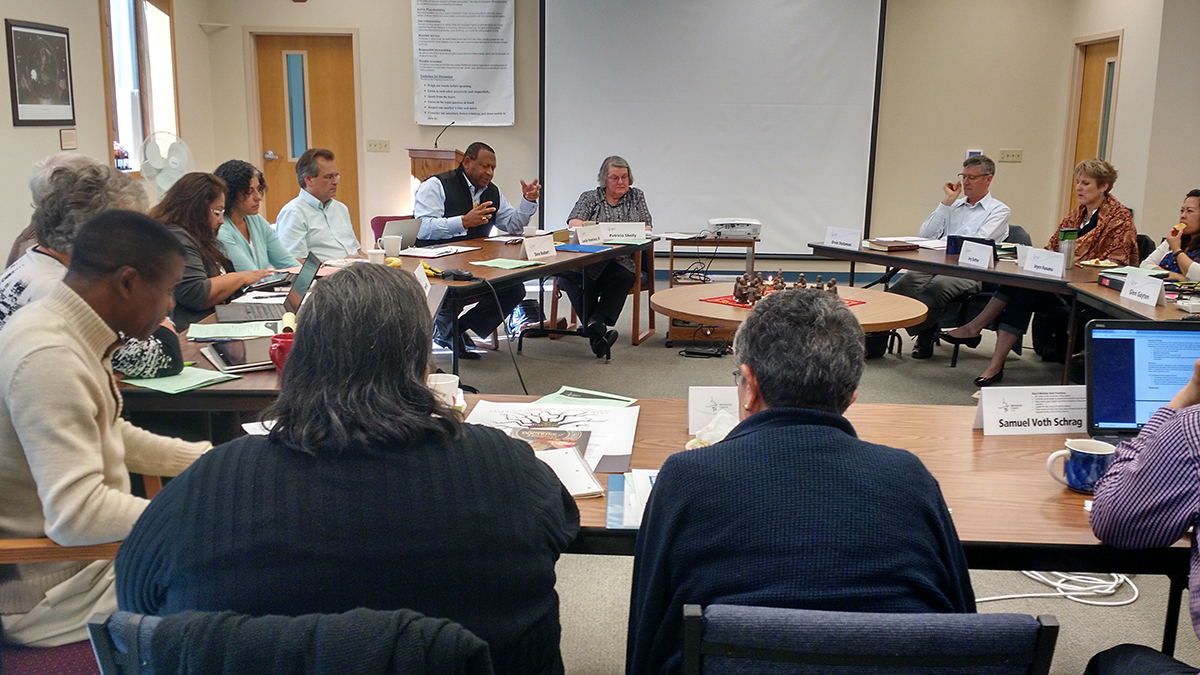 It was more complicated to name informal power and how decision-making works. EB members noted that it depends on the question being asked – some power resides at the conference level, with congregations or with the delegate body. Nisha Subaiya Springer of Dallas, Texas, expressed that the denomination prefers to function in a consensus model, with those in leadership “afraid to take a position,” passing decisions from one group to the other until enough of a consensus is reached. Rick Stiffney, CEO of MHS, suggested the EB has “moral authority” as it relates to churchwide agencies. Others suggested that people across the church are assuming different models and understanding of authority, and that “none of our decisions are binding on people who don’t want to follow them.”

“We discover that congregations have the power whenever we try and make them do things,” said EB member Sam Voth Schrag of St. Louis, Missouri.

An EB working group will determine steps to continue the conversation at future meetings.