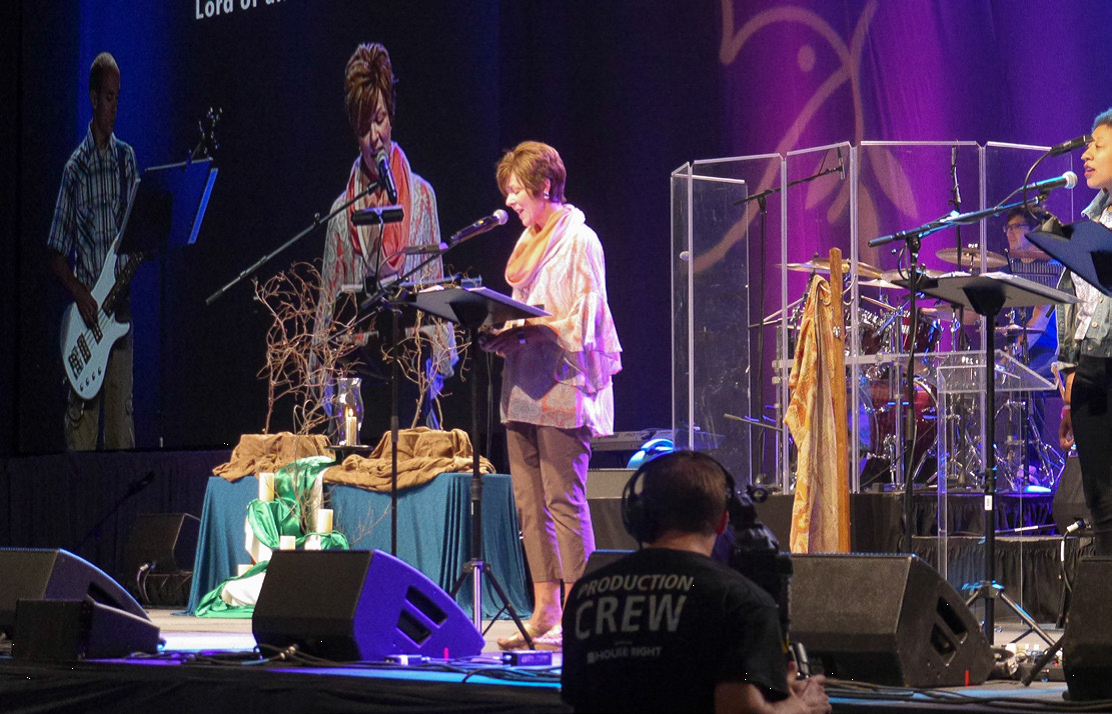 “We live in a culture that puts an extraordinary value on certainty. We could go as far as to say that we live in a culture that values certitude, absolute certainty. To admit uncertainty would commit social suicide,” said Schrag. He reminded the audience, “In a way, certitude is a serious impediment to genuine hospitality.” In contrast, Schrag used the example of the life of St. Benedict of Nursia, a monk who called the Christian church to accept all guests as they would Christ.

Launch Theatre Productions, theatre drama group from Goldsboro, North Carolina, performed a scene that situated the story of the road to Emmaus in contemporary language and challenged audience members to examine whether they would recognize Jesus now. Schrag asked the audience, “We know how they reacted. How would you have reacted?”

“If anyone on every side on the current decisive issue admitted that because they are not God [that] they might be wrong, how would decision making be different? It would facilitate us sitting at a table with each other like Cleopas did with Jesus at the breaking of bread,” Schrag said.

Karen Unruh, a delegate from Alexanderwohl Mennonite Church in Goessel, Kansas, said the session was encouraging after sitting in delegate sessions during most of convention. “We are in such an uncertain time, and we need to search out this through these resolutions. I feel we need to be less certain in these times,” she said. “I think it is really helpful to sit together for that and have been encouraged.”

“This is going to be a convention that is an opportunity to use worship and music to unify us and bring us together,” said Roth. “The people who said yes to that opportunity see that here. Even back when I said yes, back in September, the responsibility was very clear in my mind,” she said.

The congregation clapped and sang “and all the people said amen” in response to Schrag’s to better listen to each other’s perspectives.