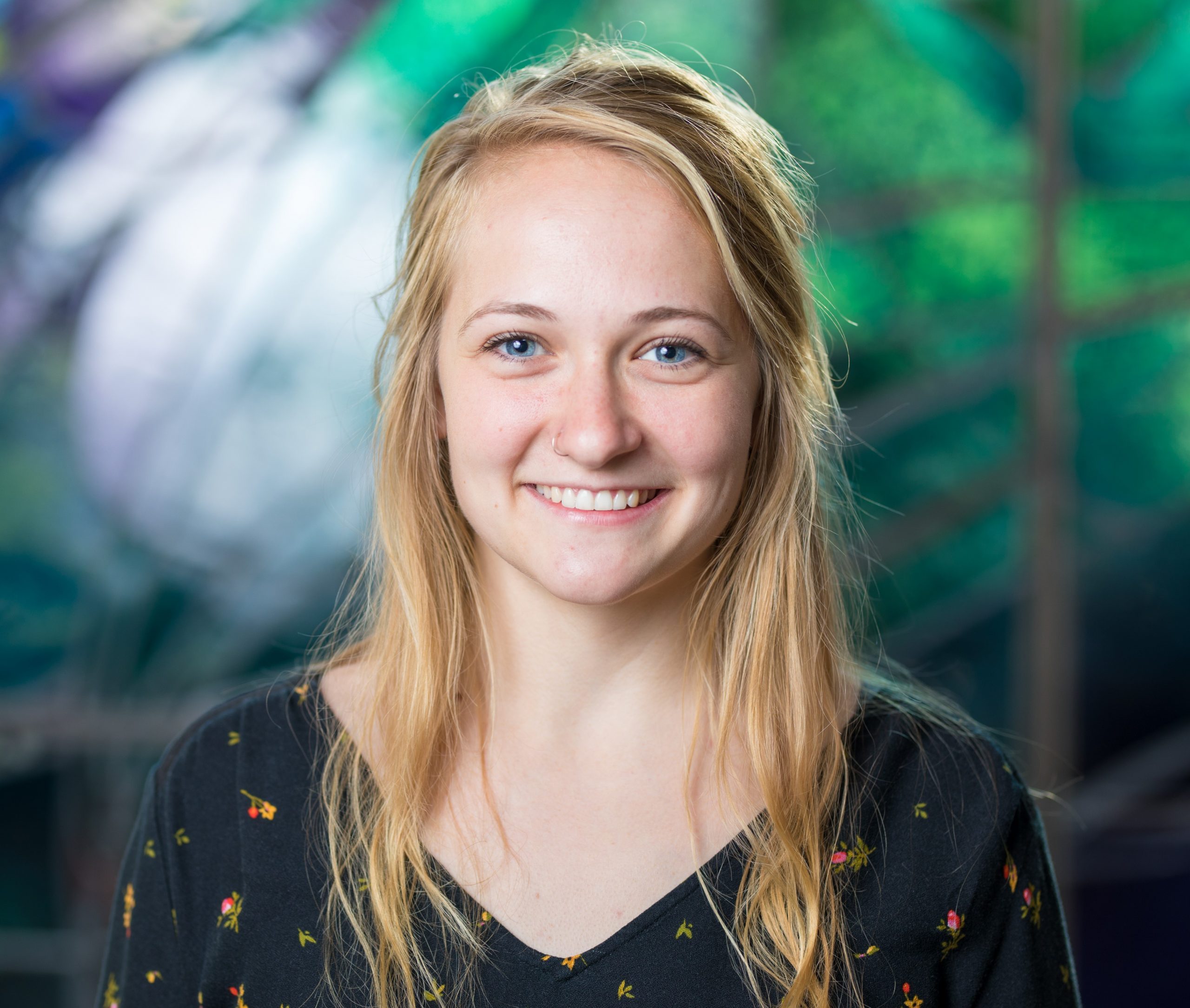 Lorren Oesch, who participated in Step Up at the 2017 convention, is serving on the Step Up planning team for MennoCon19.

(Mennonite Church USA) — Lorren Oesch recalls a moment at the 2017 MC USA Delegate Assembly in Orlando, Florida, when her table group encouraged her to go onstage and share her perspective at the microphone. She particularly remembers encouragement from Cyneatha Millsaps, who sat at her table and currently serves as executive director of Mennonite Women USA.

“Cyneatha told me, ‘Your voice is really important,’” said Oesch. “It was intimidating because I wasn’t sure if I’d be heard correctly or if what I was saying was valid, but people thanked me for going up there.”

Oesch attended the 2017 Delegate Assembly during the first year of Step Up, a program for youth to participate in the adult delegate meetings during convention. At the time, she was studying peacebuilding and development at Eastern Mennonite University (EMU), and one thing she recognized was that techniques she learned in her classes for facilitating difficult conversations were being used within the Delegate Assembly.

Step Up has specific importance for this year’s MennoCon19 in Kansas City, Missouri, because delegates will vote on a bylaw change that will allow youth participants to serve as official voting delegates. Congregations may each nominate one youth in addition to their regular delegate amount, and area conferences and racial/ethnic groups may each nominate two. The bylaw proposal grew out of feedback from Step Up participants, said Shana Peachey Boshart, MC USA denominational minister for Faith Formation.

“Being able to vote will bring in an extra amount of recognition for the importance of young people in the church — not just that it’s good to hear us, but that we are needed,” said Oesch.

To prepare youth representatives, Step Up coordinators orient participants ahead of time on how the denomination functions and invite participants to share responses following their delegate experiences.

“If we can get youth interested in the church and have them feel that they have a place and purpose there, it seems more likely they will have a place in the church’s future,” said Brook Musselman, who coordinates the Step Up program and serves as conference coordinator for Atlantic Coast Conference. 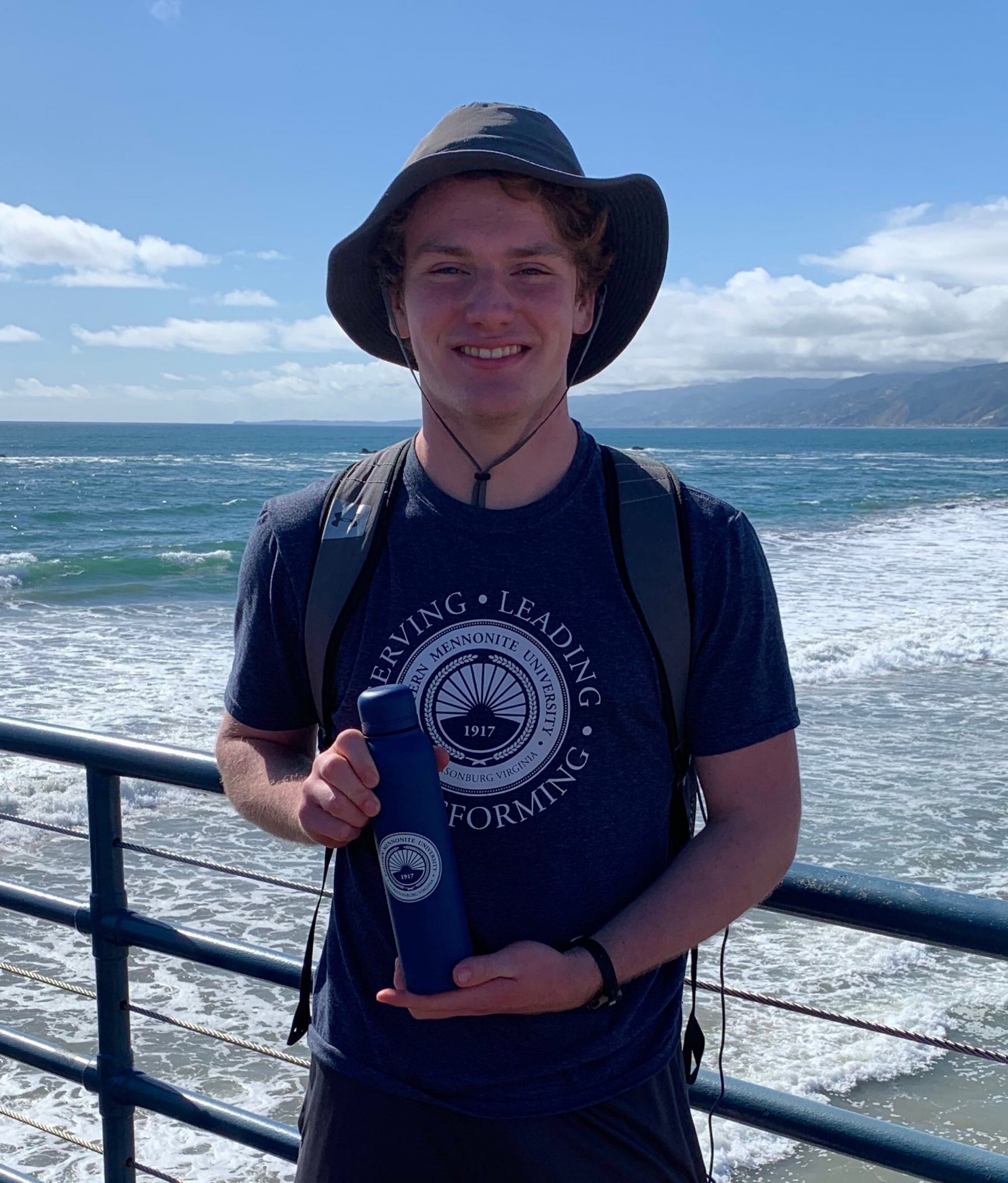 Luke Wheeler, currently a high school senior, participated in the Step Up program in the 2017 convention in Orlando, Florida.

Luke Wheeler, a high school senior who lives in Hudson, Michigan, attends Lockport Mennonite Church in Stryker, Ohio, and participates in the youth group at  Zion Mennonite Church in Archbold, Ohio, was a 2017 Step Up participant as a representative for Ohio Conference.

“I was a little bit surprised at first at how ready and willing people were to consider what I was saying and take it at face value as if I was like any other adult or person there,” said Wheeler. “I very much appreciated that.”

Wheeler will graduate from high school this year and plans to attend MennoCon19 with his youth group. He’s excited for the possibility of meeting other students at convention who attend EMU, where he will begin studying in the fall.

“I think Step Up was something that inspired me to be motivated and active in my personal church, and it helped in my decision process for going to EMU,” said Wheeler. “It helped me to see the community and that youth have a place in Mennonite Church USA.”

Oesch, who currently works as a resident director at Hesston College, is returning as part of this year’s Step Up planning team as a result of her Step Up experience.

“I felt very connected to the people who were at my table, and I see how those individuals were supportive and continue to support me,” said Oesch. “They helped me to recognize that I do have a role.”