In the name of Jesus, in service to all beings 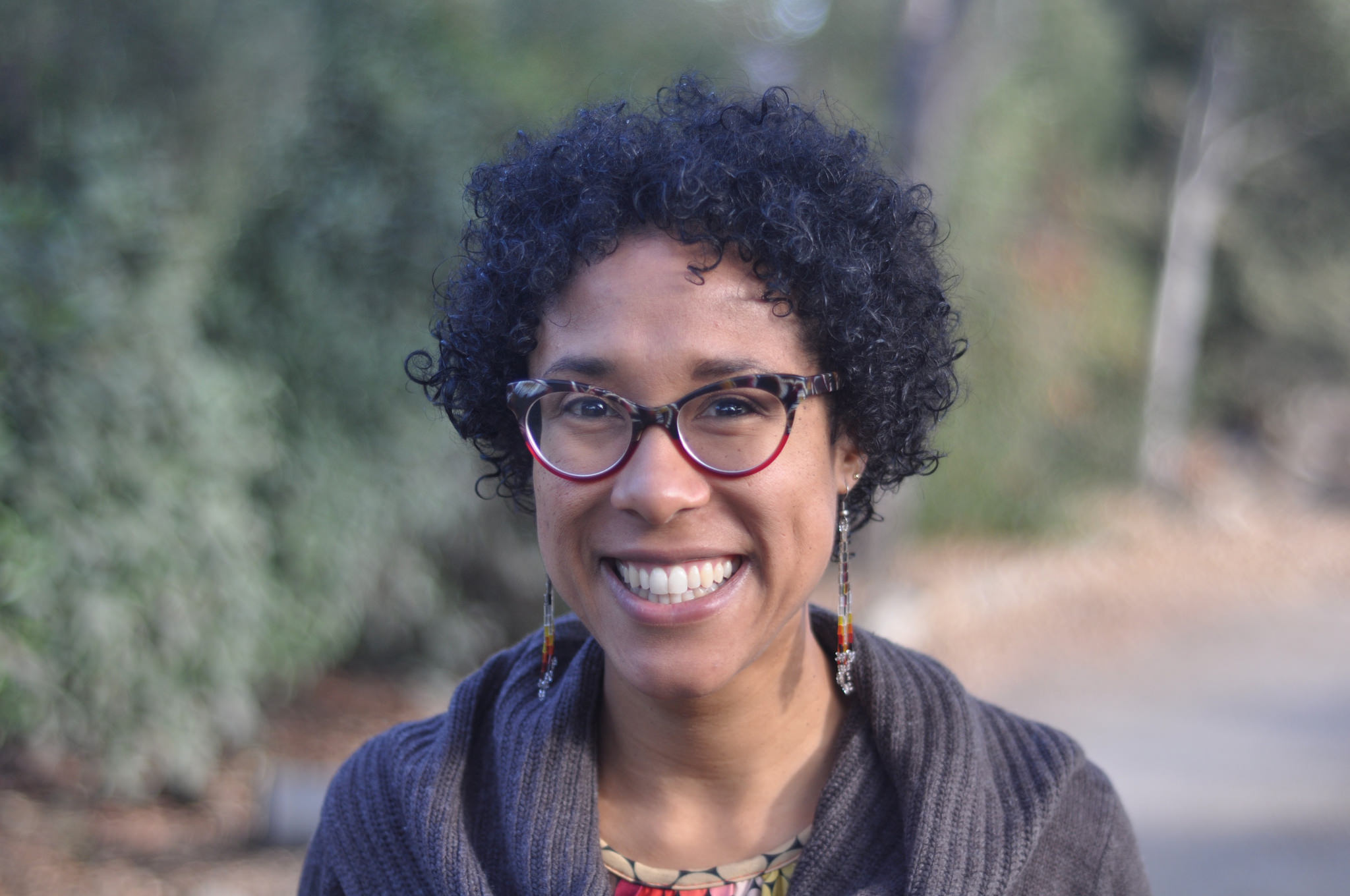 Sarah Nahar (neé Thompson) is from the Great Lakes watershed, and now lives in Syracuse, New York (traditional Haudenosaunee land) where she is a PhD student in Religion and Environmental Studies. She is licensed with MC USA’s Central District Conference.

What drew you to your work in religion and environmental justice?

I joined the board of Christian Peacemaker Teams (CPT) while studying liberation theology at Anabaptist Mennonite Biblical Seminary (AMBS). As I learned more about CPT’s work I felt a deep connection between violence done to communities that CPT accompanied, and violence done to the Earth where those communities lived. Corporate and state perpetrators of this violence claimed shrewd magnanimity — that they were developing other people and their lands, or simply doing what was necessary to maintain the standard of living in the U.S.

Though the biblical text has been used to displace, destroy and justify domination of the rest of nature, as I began to put ecological liberation theology into action, I continued to see how the imperatives for climate justice appear throughout the text, from Genesis through Revelation (see the Jan. 2020 Mennonite Quarterly Review for scriptural work on this theme). Then in 2013 I had the opportunity to join a motley crew of circus performers, storytellers and musicians to bring the good news of the Bible’s message about human belonging in creation’s interconnectedness in outdoor theater productions.

The Carnival de Resistance was a month-long faith, arts and ecological justice activism experiment in urban re-wilding. Participants agreed to live collectively: in tents, off-grid and as fossil-fuel free as possible. It was in this context that I had a sustained encounter with a waterless toilet. While I had camping experience, I had never used a composting toilet. Initially, I was disgusted! But by the end of the month I experienced a profound conversion experience.

In the days following the Carnival, I noticed for the first time how toilets enable us to flush-and-forget. This mirrored so many other aspects of my life which created alienation from the impact of my actions. My perspective on how I released excess from my body completely changed as I came to see the advantages of ecological sanitation and became motivated to remove our carbon from the hydrological cycle.

I was inspired to dedicate the next part of my life to asking questions that take me to the intersection of religious practice and environmental science, specifically thinking about the modern concepts of “waste” and “away” and inviting people to translate the golden rule into water systems. What does it mean for you to “do unto those downstream as you would have those upstream do to you”?

What is the hardest thing in doing this work?

The hardest thing in this work is to keep my cool…and to stay warm. By this I mean that I encounter a lot of infuriating things in the news, particularly the murders of environmental justice activists all over the world. Each time, including today, that I see another person has been assassinated because they are working to protect ancestral, sacred, fertile land from being violated, I just dissolve inside. My heart sinks. I cannot keep my cool. So, I cry a lot.

And yet I somehow have to stay calm and focused in order to keep going in this long struggle. When I encounter people who don’t know about the massacres happening, the species and languages lost on a daily basis — and especially if they don’t care or tell me I’m too sensitive — it can be very hard for me to stay a warm and enthusiastic person. I used to keep a list of the names of the different aspects of diversity that went extinct, but these days it’s all coming at me too fast to maintain that practice. The speed of life being too much for all of us helps me have compassion for others who are also overwhelmed. I guess it helps that I laugh as much as I cry, hopefully a bit more.

What is the most rewarding thing in your work?

Making connections with others is the best part of doing this work. I’ve met people who are working at the intersections of religion, science, social justice, community cultivation, public works policy and rhetoric. It’s awesome! A fun coincidence is when I checked a book out of the library called The Origin of Feces: What Excrement Tells Us About Evolution, Ecology, and a Sustainable Society. Besides its catchy title that went straight to the heart of the matter, I noticed it was written by David Waltner-Toews, of Canada. I suspected this person was related to Mennonites in some way so I used my Menno-network to find him. I was able to get a phone call with him! It was a wonderful meeting. We have stayed in touch and he connected me to some people who work in key areas of water justice, popular advocacy and global sanitation issues.

How does your spiritual conviction integrate with your work?

Deeply incarnate, the body of Christ is the body of the world. The world is being crucified at this time, by the crowds of us who cannot seem to see the restorative options offered and by imperial systems that are intent on smashing dissent.

The world rises again, and the believers will rise again. Christ and creation are groaning together for redemption and the revelation of the children of God (Romans 8).

Even if your theology does not match my personal ecotheological perspective, there are so many ways to join together with other faith groups, through organizations like Interfaith Power and Light, to witness together on behalf of the common good.

What should the church know about climate change?

Humans have accelerated the climate crisis and we can decelerate it. This deceleration can be a part of our lifelong discipleship journey following Jesus in his path of communing with the elements, speaking truth to power, and embracing our humanity (including mortality and cosmic humility).

Doing ecological readings of Mennonite history can also provide new ways to see our movement’s relationship with the rest of planetary beings over time.

Addressing environmental racism is an imperative as we work towards a “just transition” — poor, Black, brown, and immigrant communities have been targeted for destruction more than other communities, and work for change should be led by those most impacted and their allies.

Taking action in this realm is not so much a matter of “feeling bad,” but analyzing systemic oppression and mobilizing resources and relationships to change the systems.

What can we do now to make a difference?

Try to create new liturgy that includes experiencing the elements as a part of the liturgy.

For example, you can use water for baptism from a local creek rather than the church tap. If the local creek is polluted, work with that theologically as well. Check in with Doug Kaufman for more info on this and other ways that help your church see that the climate catastrophe is “the moral equivalent of war and begin to take collective action” as Christian peacemakers.

Change can begin as simply as doing a traditional ritual outside the church (even in an urban setting…skyscrapers are part of Nature too). While paying attention to accessibility and safety, crafting ways for the church to enact ritual together outside will heighten sensation and deepen their meaning.

In English, waste is a verb that’s been made into a noun in order to place an arbitrary label on things we wish to push “away.” Since there is no away, one Sunday all congregants could bring in their garbage bags from the week, and pile them up in one location. Rather than shaming people for discarding (all living beings discard what they do not need) this activity is to bring the congregation together to collectively brainstorm about what could change since there is no away, and to see the items in the bags as discarded resources rather than “waste.”

We now know the 3Rs won’t cut it. Those are all about us as consumers. But we are producers and we need some producer responsibility. 90% of waste comes during the production of a product and 10% from its end user. There is an R for every disciple, and every son of Jacob! The youth group could memorize these and then create an image with them to be displayed in the church.

These rituals and opportunities for consideration could result in a lot of changes at the church… Cloth napkins for potluck?! Carpools to/from services?! A clothing swap in the fellowship hall!? Hire an environmental minister!?

Each congregation can come up with ideas that both bring people together, and bring people to the church, in the name of Jesus, in service to all beings.