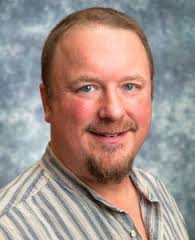 Kent Miller is the denominational minister of youth and young adults for Mennonite Church USA.

God at work through the little things

During a regional gathering of the Mennonite Camping Association, Alan Stucky, pastor of Pleasant Valley Mennonite Church (Harper, KS), shared a story of how a seemingly insignificant conversation and follow-up can be one of the ways God works in people’s lives. I asked Alan to recount this story as a reminder to all of us that it is often in the little events of life that God does the most amazing work!

Many times we don’t get to see the fruit of the seeds that we plant in the work of ministry.  But sometimes we do.  Such was the case when my friend Brett sent me a letter that he had received from a young woman.

In the summers of 2005-2007 I had the opportunity to volunteer as the Bible lesson leader for a week of Jr. High camp out at Camp Mennoscah (Murdock, KS).  One of the directors at that time was Brett, another youth pastor who I’d known for years.

At camp we had the opportunity to minister to all kinds of different kids dealing with all kinds of issues.  I know for a fact that we had a significant impact on a number of the kids.  Others we simply had to turn over to the trust and care of God and hope that the Holy Spirit was at work in their lives.  Rebecca was one of those girls.

One night after the campfire Rebecca stayed behind to pray and to talk with one of the adults.  She wound up spending some time talking with Brett. At one point Brett asked her what she thought God was calling her to do.  She said she didn’t know.  She said she didn’t even go to church.  Brett said, “You know that God loves you even if you don’t go to church, right?”  Brett then asked if she had a friend who she might feel comfortable going to church with.  She said, “Yes, there’s Megan.”

After the conversation that night Rebecca felt as though God was calling her to start going to church, but she wasn’t totally sure.  After going home from camp she didn’t quite know what to do and began to question whether or not she was supposed to go to church.  Then Megan’s mom called out of the blue and invited her to go church with their family.  She couldn’t believe God was actually calling her to do what she’d talked about at camp.

She attended church that year and came back to camp the next summer excited to tell Brett what had happened.  When she told him how Megan’s mom had called and she started going to church, Brett said, “Yeah I know.  I called the pastor of that church after camp last year and told her about you.”  Rebecca was almost in shock that someone would care enough about her to do that for her.  It was confirmation that God was working in her life.

Rebecca attended church all through high school and then began attending Bethel College.  As she made plans for the summer after her first year she actively pursued a job as a summer staff at one of the Mennonite camps.  During that first year she went up to South Dakota to visit a friend where she took a trip to Swan Lake Christian Camp.  After talking with the staff there she was offered a position on their summer staff.  Once again God was at work.

While that summer presented its challenges, she also wound up having a profoundly moving experience, once again, during campfire.  After returning home she made the decision to go through catechism and to be baptized and join the church.  As part of the catechism class she was supposed to write a letter to someone who had made a difference in their faith.  She chose Brett.  It was in that letter that she shared the story of her faith journey; a journey that began that night with a simple conversation after campfire.

Everyone has simple conversations. How often do we remember that God uses these conversations build up and encourage people in their faith? I hope that Brett’s example of listening and follow-through inspires us to view every encounter, whether it seems significant or ordinary, as an opportunity to enter into the work that God is about all around us.