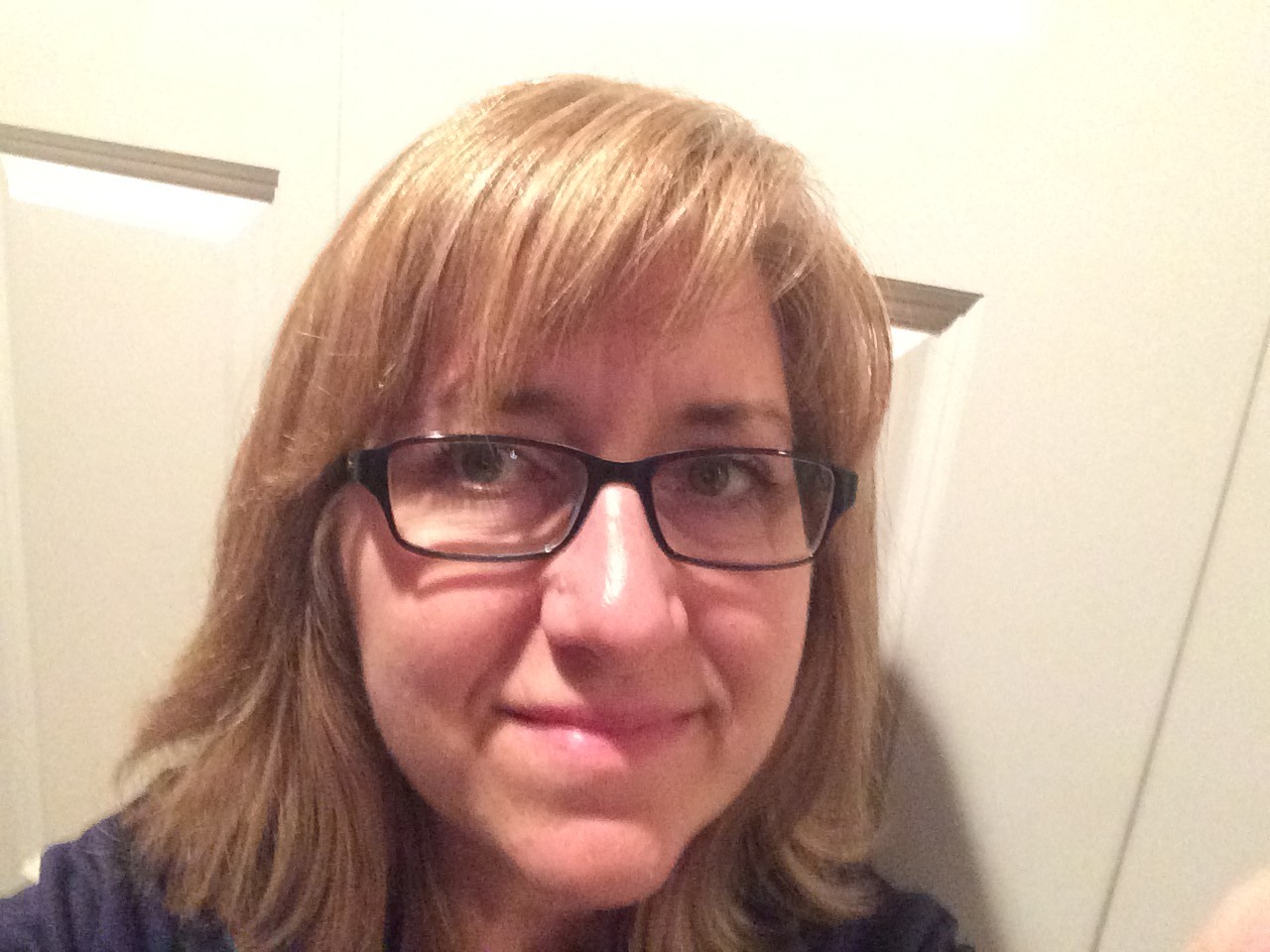 Christine van Belle, her husband Jim Anderson and daughters Ruby and Iris, attend Corvallis (Oregon) Mennonite Fellowship.  She is a school psychologist in the Salem Keizer School District.  Christine considers herself to be a Christian who happens to be of the Mennonite flavor; she is grateful for all the variations within the world of Christianity that have contributed to her faith. She accompanied the CMF youth to KC2015 this summer.

We arrived in Kansas City and headed to the most important tour stop of the convention week: Kansas City BBQ at Jack Stack’s. After stuffing ourselves, licking our fingers and wiping our chins, we headed to convention. Here are a few reflections on our experience of the Kansas City convention.

All the speakers pivoted their talks around Luke 24. Not surprisingly, different speakers appealed to different kids. But the students unanimously spoke very highly of Pastor Cyneatha Milsaps. She seemed to speak from such an authentic place as she described the women who went looking Jesus in the empty tomb. Then she wondered aloud with us how we might engage in similar behavior – looking for life in places where there are only empty tombs. She challenged us all to stop returning to places that offer nothing and start looking to the One who points the way to real Life. As I listened to the high schoolers share how they were moved by her talk, I was struck that they connected so deeply her. I think her clear grasp of Jesus’ story and what that story might mean for each of us created an intimate bridge between her and all her listeners.

The singing was described as a high and a low of convention. One of the high schoolers with us commented on how powerful it was to see so many people praising God at one time. Some of the teens in our group grumbled about the loud, unfamiliar songs with repetitive choruses. We are more accustomed to hymn singing at CMF. But we encouraged the kids to open themselves up to different worship experiences. I described it like being at a buffet table; taste a little bit of everything and you might find some new tastes surprisingly agreeable.

I heard Glen Guyton speak in a breakout session and he reported that the number one issue complained about from conventions is the music. “People tell me they want to worship with music like they hear at home,” he said. “But what home should I choose?” A diverse crowd attends the Mennonite conventions and different people are used to different music. Some come from churches with Praise and Worship bands, others attend churches dedicated to hymn singing, others sing in a spiritual/gospel style. So the choice was made to have many music styles represented in each worship session. Hearing Glen talk about the strategy behind the singing seemed to make all of us appreciate the worship sessions even more. We sang with gusto on the numbers we knew and worked on holding ourselves open and receiving during unfamiliar songs.

There were many seminars the youth could attend between worship sessions. All manner of topics were addressed – faith and science, prayer, pacifism, organizing your bedroom, selecting a college, the transforming power of Jesus and much more. In addition to attending these seminars, our youth group participated in a Learning Experience called the Anabaptist Game along with hundreds of other high schoolers. The Anabaptist Game lacks definition – nothing has been done like this before at convention – but to some degree it was a form of live action role-play. The kids were told that it was the mid-1500s and they were all young Anabaptists. Their mission was to move between safe houses stationed all over the convention center. At each safe house, they would meet actors representing past and current day Christians who were either killed for their faith or experiencing suffering because of their commitment to Jesus. They would tell their stories to the kids who made it to their locations. As the kids roved from safe house to safe house, actors playing the role of police hunted the young Anabaptists and threw them into jail. The kids from CMF reported that they were quickly arrested early in the game and put on trial. They were brought to a mock courtroom and one student was chosen to represent the group. That student was coached by another actor who wore a name tag reading, “Holy Spirit.” The Holy Spirit guided the kids through the trial even into another room where a make-shift dungeon awaited them. Of course this experience was great fun for the high schoolers, but it was also poignant as they heard several real life stories of people who followed Jesus, often to the very end of their lives.

Corvallis Mennonite Fellowship is a small congregation – about 70-80 people gather on a given Sunday. There are only six high schoolers in the youth group. They all attend public school. Given this life experience, several of the teens in our group commented on how amazing it was to see so many other teens who were also Mennonites. There was a feeling of not being alone. This prompted some brainstorming how we might connect more meaningfully with high schoolers from different parts of the country at the next convention. Given the size and scope of the gathering, it was difficult to create intimate connections with other youth groups, other than just eyeing each other in the worship sessions. We are still talking about this.

All in all, the high schoolers reported having had a very positive convention experience. Several of them already have their eye on Orlando. My own personal hope was that the high schoolers would walk away with a deeper connection to our Lord and have a broader, more complex view of what it means to be a Mennonite. And from what I hear, I think both aims were achieved.