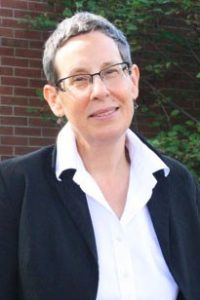 Jo-Ann A. Brant has been a professor of Bible and Religion at Goshen College since 1993. She is the author of Dialogue and Drama: Elements of Greek Tragedy in the Fourth Gospel (2004) and John: Paideia Commentaries on the New Testament (2011). She has represented Mennonite Church USA on the Believers Church Bible Commentary Editorial Council since 2013.

The Believers Church Bible Commentary Editorial Council met on Nov. 17-18, 2016 in San Antonio, Texas to continue a project, begun in the mid 1980s, that provides a commentary series, published by Herald Press, for preachers and teachers in various Brethren and Mennonite denominations.

During this year’s meeting, we discussed the status of manuscripts for Leviticus, Luke, 1 Corinthians and Hebrews that are moving toward completion. 1 Corinthians will be the first of these to appear in print and is expected to be released during 2017. We discussed ways to help writers of the remaining volumes to stay on track for our goal of completing the series soon after 2020. We reviewed sales and reception of recent volumes noting the critical success of the Philippians commentary and the strong sales of John. Russ Eames sought our council on marketing the volumes. Loren Johns reported on the process of the web based Anabaptist Dictionary of the Bible that includes digitized essays from the published commentaries.