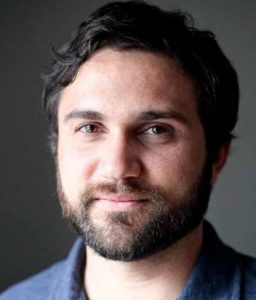 This post was originally shared on the Mennonite Church USA Convention website. Isaac S. Villegas is the pastor of Chapel Hill Mennonite Fellowship in North Carolina. He serves on the Executive Board of Mennonite Church USA and on the Governing Board of the North Carolina Council of Churches. These reflections were shared as part of a sermon given at the 2014 Hope for the Future gathering in Leesburg, Va. Luke 24, the text he reflects on here, is the theme scripture for the 2015 convention in Kansas City. This is part one of Isaac’s reflections; part two will run on Thursday.

The failures start in the morning, after the group of women visit the tomb of Jesus, discover that it is empty, and hear the good news from the angels that on the third day Jesus will rise again. The women return to the other disciples, including Cleopas, and they share the good news of resurrection. The women preach the gospel, but the men don’t believe their testimony. The men doubt the women: “But these words seemed to them an idle tale, and they did not believe them” (verse 11).

This was their first failure: the failure to recognize women as bearers of good news. Sexism has always been a struggle for the church and for us. It’s rooted in the male disciples’ inability to see beyond their stereotypes and their cultural framework. In their time and place, the testimony of women was not allowed in courts. Women were not trusted as truth tellers. Their words were considered “idle tales.”

“On that same day,” we read in verse 13, “two of them were going to a village called Emmaus.” Cleopas and his friend, the disbelievers, are walking and talking, and a stranger interrupts their conversation. This encounter with a stranger will be the occasion for the second time they fail to recognize the good news. They fail to recognize Jesus, even as they look at him and talk with him, because he looks and sounds like a foreigner, a migrant, a non-citizen. Jesus is strange.

Ethnocentrism has always been a struggle for the church. It’s rooted in our inability to welcome outsiders—and not just to welcome, but to learn from outsiders: to sit at the feet of strangers and to receive the gifts others want to give; to learn the languages of others, and to speak and think in different tongues. That was the second failure: the failure of ethnocentrism and of stranger anxiety.

Now, for the third failure. The resurrected Jesus, still misrecognized, tells the two disciples that they are “foolish” and “slow” when it comes to their ability to understand the Bible (verse 25). They know the Scriptures, but they don’t understand them. They can quote all the right Bible passages, but they don’t know what they mean. They think they do, but they don’t. So, it says in verse 27, “Then beginning with Moses and all the prophets, he [Jesus] interpreted to them the things about himself in all the scriptures.”

This third failure has to do with Scriptural interpretation, with how we read the Bible. The two disciples on the road to Emmaus know their Bibles. They’ve read the law and the prophets; they’ve prayed the Psalms. But they can’t see what should be obvious: the Bible is a lens that is supposed to help them see Jesus, the same Jesus who is walking with them and speaking to them.

Our Scriptures are an invitation to see and get to know Jesus. Our Bible is an invitation into a relationship with Jesus. But for the two disciples, they’ve misunderstood the Scriptures. Despite their pious interpretation and their careful exegesis, they’ve missed the point. The Bible has done nothing for their ability to see Jesus and to recognize him. Even with the Bible, they can’t see who is standing in front of them. They can’t see the one who is looking back at them.

For example, there are clear statements in the Bible that have authorized oppression. Ephesians 6:5: “Slaves, obey your earthly masters with fear and trembling, in singleness of heart, as you obey Christ.” And the apostle Paul writes it again, just so we know that he meant it: Colossians 3:22, “Slaves, obey your earthly masters in everything, not only while being watched and in order to please them, but wholeheartedly, fearing the Lord.” This is not only a teaching from Paul, but we hear the same thing from another New Testament author: 1 Peter 2:18, “Slaves, accept the authority of your masters with all deference, not only those who are kind and gentle but also those who are harsh.”

These commands are straightforward; the plain meaning of these verses is clear. But we’ve learned to rethink the obvious meaning of those passages. We’ve learned to believe the opposite of what those scriptures say. We believe that slaves should not obey their masters. The long history of slavery here in the United States bears witness to the way Bible verses can lead us into racism and oppression. And the movement to abolish slavery is a living testimony against the plain meaning of those Scriptures, an example of a moment when Christians repented of their oppressive biblical interpretations.

There are ways of reading our Bible that lead us away from God’s call. It’s not enough to know our Bibles. It’s not enough to quote a few verses to justify our position on this or that issue. That’s what slave-owners did, and their pastors justified it from the pulpit.

The truth is that Biblical interpretation can fail us when it comes to following and recognizing Jesus. Like I said, that was the third failure of the disciples on the road to Emmaus. They knew their Bibles, they knew the scriptures, but they still misrecognized Jesus.

It’s all too easy to misunderstand the Bible. So we need all the help we can get. We need friendships that lead us into the wisdom of the Holy Spirit, and we need strangers who help us rethink the convictions that blind us from Jesus Christ.

Now, the fourth and final failure of the disciples.

Here’s what happens. After their long walk, the two disciples and Jesus are hungry for a meal. They are gathered around the table, the two disciples and the stranger. Jesus takes the bread, breaks it, and feeds Cleopas and his friend. “Then,” it says in verse 31, “their eyes were opened, and they recognized him; and he vanished from their sight.”

In the meal they catch a glimpse of Jesus. They recognize him. But, if we read a few verses later, when they catch another glimpse of him, they misunderstand Jesus’ resurrected presence. They think he is a ghost—not flesh and blood. “They were startled and terrified,” it says in verse 37, “and thought that they were seeing a ghost.” They see Jesus, but they don’t see him.

We could say that this final failure, or this half-failure, is a culmination of all the previous misrecognitions. Because, finally, with unveiled eyes, they see Jesus, but they refuse to believe he’s real. They would rather think of him as a ghost or a spirit without flesh. They think of him as fundamentally different, fundamentally other, fundamentally strange—someone to fear, a threat to their community of disciples.

To call someone a ghost is to think of them as unnatural. That’s why Jesus invites them to touch him: “Touch me and see,” he says (verse 39). Come close. See my life. See my body. It’s like yours.

“Touch me and see.” Jesus invites intimacy. He invites his friends to see him as a stranger who is a friend; as a foreigner who is a brother; and as an other who is the same.