What is the answer to those concerned about war? 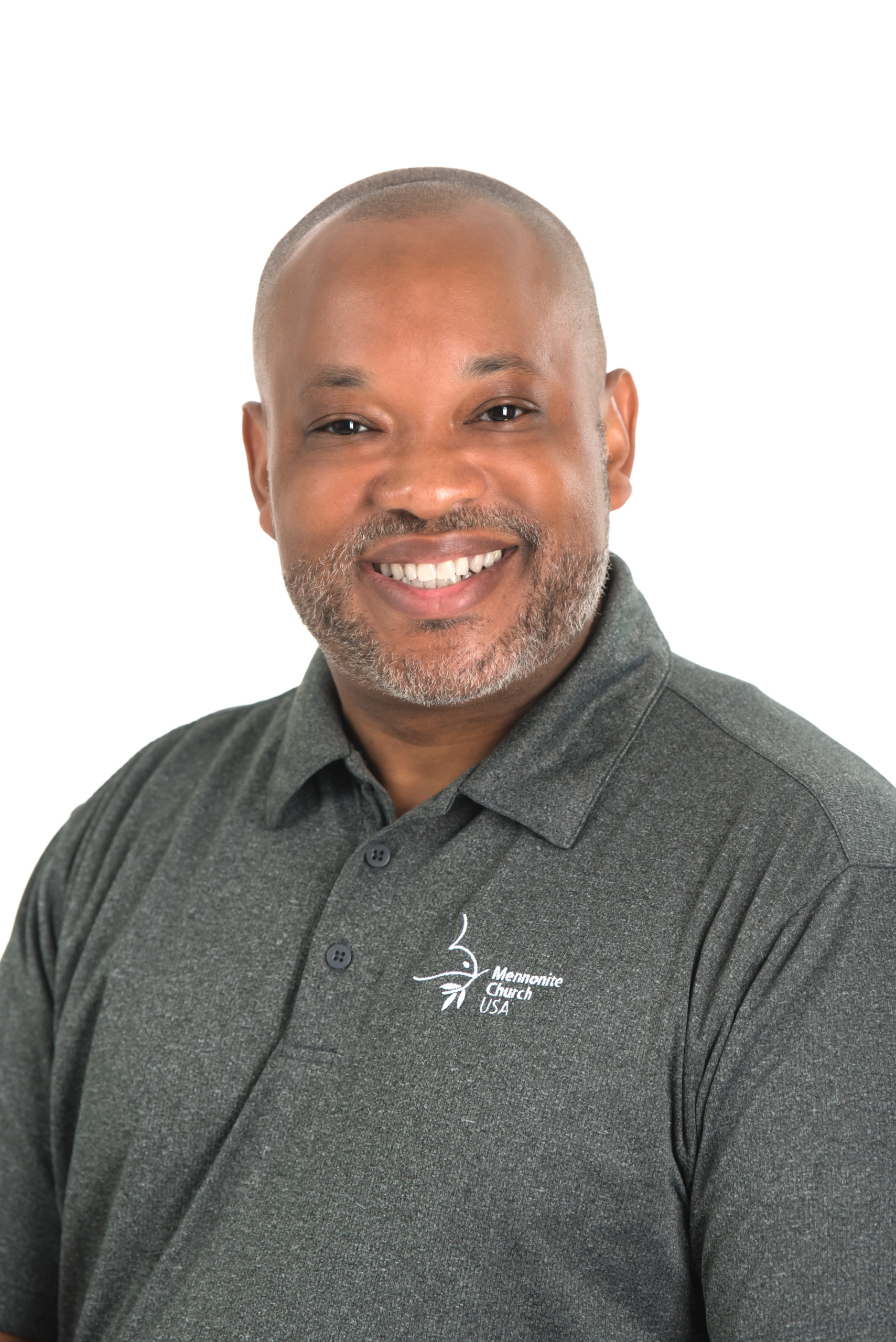 Glen Guyton is the executive director of Mennonite Church USA.

My 18-year-old son texted me and asked if I had been watching the latest Twitter trend. I told him no, that I would check it out, and then I saw #WWIII was trending. Wow! After a bit of scrolling, I saw that the Twitterverse was all ablaze, which wasn’t unusual, but I could sense that this topic was different from the usual angst or Kimye* trivia.

After my son got off work, he insisted that we watch NBC nightly news with Lester Holt so we could see what people were saying about a possible war with Iran.

“Wow ya’ll are really concerned about what is going to happen.” I said.

“Yeah, everyone is talking about it,” he said solemnly.

You know, sometimes I think these Generation Z kids are both weird and well-informed. They express a deeper level of concern than I did at the same age. My biggest concern as an 18-year-old high school student was clearing my schedule to watch who was then an icon of family values and fatherhood, Bill Cosby on The Cosby Show.

Yeah, the level of awareness in 2020 is much different than it was 1988. My generation grew-up after Vietnam, before 9/11 and before Desert Storm. Us Gen Xers were in this sweet spot of MTV, excess and the rise of the United States as the world’s military superpower. In the 80’s the U.S. was pretty much seen as invincible.

As I sat and talked to my son about the execution of Iranian general Qasem Soleimani and the possible repercussion, I understood the depth of concern that he and other young people in the 18 to35-year-old age bracket carried. They grew up after the tower fell, the financial system collapsed, and “America’s dad” is now a convicted sexual predator.

These are the questions from my son and young people online:
Are we going to war? Will I be drafted? Are they drafting women now? Will there be another 9/11? Where will Iran attack? Am I safe?

This conversation wasn’t the first time my son and I had talked about war and the military. After all, both his mother and I are Air Force veterans. We have had conversations about why my faith led me to leave the military, my work with peace and the repercussions of war. I think the media had given him, like many young people, somewhat of a romanticized view of military life and what it means to be an American patriot.

Endless war has been somewhat normalized, and patriotism has become synonymous with unquestioned support of the military, thanks to the NFL and most other sports activities. Drone warfare has made killing another human being as dispassionate as leveling up your character in an online game of Fortnite.

Having had two brothers and a grandfather serve in warzones, I tried to paint a more realistic picture of what it means to serve. I don’t think he heard or appreciated my voice until #WWIII began to trend on Twitter. He was quick to point out his appreciation for his connection to Mennonite Church USA and our Anabaptist peace witness.

Mennonite Church USA, now is the time for us to speak, as our young people have questions, concerns and fears.

“He said, ‘I am the voice of one crying out in the wilderness, “Make straight the way of the Lord,”’ as the prophet Isaiah said” (John 1:23 NRSV).

One of the good things that happened at the 2015 MC USA convention held in Kansas City, Missouri, was the Faithful Witness Amid Endless War Resolution, which in my opinion, is a strong articulation of who God has called us to be as Anabaptist Christians:

We remain committed as a church to the belief that participation in war is contrary to the will of God. Yet as we live in the environment described above, we experience uncertainty about how to make our belief relevant to neighbors and friends and part of the “good news” we have found in Jesus Christ. When our young men were being drafted into the military, our belief translated into a specific witness within our context. Now, we need renewed understanding of how to live out the “new creation” that is in Christ Jesus (2 Cor. 5:17).

We need to be ready to answer our neighbors and our children when they have questions about what is next as the threat of war looms over our head.

We also need to be mindful of our privilege that as Americans, save for 9/11, we have not had to bear the burden of results of war on our home soil. Many people across the globe, including other Christians, face the threat of war and violence often funded by the relative prosperity and safety that many enjoy as Americans.

Now is prime time for MC USA to passionately live into our call as a peace church. Now is the time for us to spread the good news, to respond to our call.

The voice of our children calling out to us looking for answers are the calls to which we need to respond.

“Peace I leave with you; my peace I give to you. I do not give to you as the world gives. Do not let your hearts be troubled, and do not let them be afraid” (John 14:27 NRSV).

I pray that all members and organizations will find ways to live into our peace witness as we enter into the time of uncertainty in 2020. May we not get distracted.

Ways that you can act and #BringthePeace: