Home / Holistic Witness / An Anabaptist “In House” Discussion: Forming a Non-Racist Approach to Ethics and Social Responsibility
May 01 2014

An Anabaptist “In House” Discussion: Forming a Non-Racist Approach to Ethics and Social Responsibility

Drew Hart is a PhD student at Lutheran Theological Seminary in Philadelphia, Pa, studying the intersection of the Black and Anabaptist theologies. He is also a part-time pastor and professor, and has spoken in various Mennonite contexts on race and emerging Anabaptist movements. He is married and the father of two young children. This post first appeared on his blog on April 17, 2014. 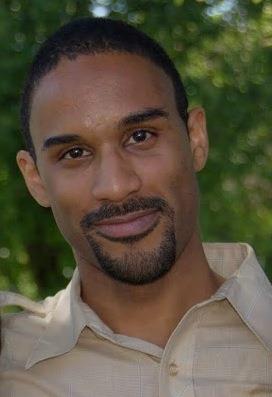 I am concerned that many Anabaptists have unconsciously and unknowingly adopted a model for social action and ethics that is problematic because it cooperates with our racialized and unjust society. Therefore, I figured I would offer an “in house” discussion on the subject. This all flows out of listening to the language and comments of my brothers and sisters (though mostly brothers) as they talk about engaging society (or not) in relation to various social issues we are confronted with in the U.S..

More specifically, I have observed many talk about desiring to remain “local”, “contextual”, “on the ground”, and “ecclesially” oriented when it comes to dealing with social realities. Let me be clear, I believe it is essential that we are rooted and grounded in local communities. When I hear these terms being used, it is often done so in great contrast to the Christendom logics for social engagement that is so common in American Christianity. Many seem to only imagine their social options for responding to injustice as being limited to the so-called democratic electoral process.

Specifically, every four years, Christians pop blood vessels and gain grey hairs stressing over who the next president will be. This is the only active engagement that they will have socially, so I guess their limited options impose on them a certain manner of stress that cannot be released through daily resistance and activism. So, I am in agreement that our Christian imagination should not merely be defined by citizenship and the options given to the ‘good citizen’. However, there are also some serious consequences for swinging the pendulum all the way in the other direction, and again, they have racial implications, as well as others.

Based on race, we often have a sense that we “belong” in certain spaces and not in other spaces. In a sense, race has a sophisticated way of managing us and segregating us, despite that it is not legal segregation. This is no surprise, given that we are working with 400 years of deeply racialized laws and practices in this land. Those types of responses, if not intentionally resisted, will be unconscious and inevitable practices in our society.

If we take seriously the depth of our racialized society, and how it impacts our lives (which I have only unveiled a tiny fraction of), then we must consider the racial outcomes that flow from limiting and only concerning ourselves with “local” & “contextual” realms. For example, lots of research has been done exposing national racial issues that demand massive response.

A perfect example is Michelle Alexander’s acclaimed book, The New Jim Crow. She exposed the national crises and confirmed with data what African American communities have been experiencing and prophetically speaking out against since post-civil rights era. Her simple point is that at every stage of “law and order” from policing, stops, arrests, trials, sentencing, and even after release back into society, the process is racially biased against Black people. If you haven’t read it yet, I encourage you to order it and read it carefully.

Anyway, if you live in a primarily white, suburban, middle class neighborhood, that is not vulnerable to these practices, and instead actually look to the police and judicial system expecting it to provide protection and law and order, then what are the implications of deciding to limit your social engagement to your local situation.

You see, by looking down and limiting your social engagement, you create for yourself an artificial social vacuum. It is as though your community and social life has nothing to do with what goes on regionally, nationally, or globally. That isn’t so. The reality is that our way of life always has direct implications beyond our local contexts, because we are interconnected much more than we realize. Only from a vantage point of privilege and comfort, blinded by the logics of dominant culture, can someone think that an ecclesial ethic is sufficient on its own, when it has not taken seriously its own social location and complicity in social systems.

This is precisely why historic Anabaptist streams have a complicated history as it relates to slavery and racism in America. On one hand, most Anabaptists did not participate in slavery, unlike almost every other Christian tradition and denomination. On the other hand, unlike the Quakers whom many eventually became great abolitionists, Mennonites did very little to actively confront and challenge slavery and later racist manifestations like Jim Crow, Lynching, the convict leasing system, etc. So, it definitely is important to have a formational community that produces people that can resist participating in things like slavery. But it is also important to produce people that are willing to head towards Jerusalem and accept the consequences that come from confronting a social order that does not align with God’s Kingdom.

In 1963, Martin Luther King decided to protest in Birmingham, which was not his actual residency or home. In the process, he was arrested and thrown into solitary confinement over Easter weekend (which is probably the most faithful observance of that weekend that I have ever seen). However, some moderate yet influential white ministers, who were supposed to be “for” integration, critiqued King and the movement while he was sitting in jail.

One of the big critiques was that the civil rights movement was moving to fast and was being provoked by “outside agitators”. They argued that it needed to be dealt with by local Birmingham citizens, not outsiders. Dr. King in contrast, understood the danger of limiting one’s social responsibility merely to one’s own local context. Here is just a small portion of his response, in his now famous, Letter from Birmingham Jail:

Moreover, I am cognizant of the interrelatedness of all communities and states. I cannot sit idly by in Atlanta and not be concerned about what happens in Birmingham. Injustice anywhere is a threat to justice everywhere. We are caught in an inescapable network of mutuality, tied in a single garment of destiny. Whatever affects one directly affects all indirectly. Never again can we afford to live with the narrow, provincial “outside agitator” idea. Anyone who lives inside the United States can never be considered an outsider.[1]

So, in wrapping up, I hope to stretch the focus from merely being ecclesial ethics and local concerns. We do not want to fall back into Christendom logics, where the only options are from the top down, but nor can we disconnect between what goes on in Nazareth with what goes on in Jerusalem and Rome. I encourage us all to continue to practice an ecclesial ethics that is simultaneously a socially located and marginalized ethics. I’m not sure the Church collectively can truly follow Jesus faithfully in the world if it isn’t exploring the world from the vantage point of being in solidarity with the crucified among us. And if one suffers, we all suffer, therefore, as King argues we are no longer outsiders because everyone’s suffering pertains to us.