How now do we speak? 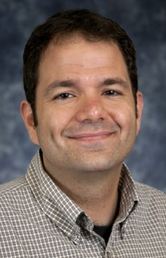 Jason Boone is the coordinating minister of the Peace and Justice Support Network, a joint project of Mennonite Church USA and Mennonite Mission Network.

A friend of mine asked me recently,

“What are you Mennonites saying about school shootings?”

I had a lengthy response. I named individuals and congregations who’ve done extensive work addressing gun violence, from interpersonal to policy levels. I talked about MCC’s work. I mentioned that the Peace and Justice Support Network had given a grant to RAWtools, an organization that does great work in the area of gun violence. I also pointed to a long history of living out our convictions as pacifists as a way of addressing all violence.

But my friend wanted something more, something specific. He wanted to know what our collective proposal was to prevent school shootings like we have tragically seen so often recently.

I couldn’t give him what I think he was looking for — an official statement from Mennonite Church USA addressing the most recent tragedy or a petition we had signed. I think I disappointed him.

It’s interesting to consider what constitutes saying something about contemporary issues.

If actions do speak louder than words, Mennonites say as much about peace as anyone.

But if we decide that public statements carry more weight than actions, we aren’t always as productive.

Mennonite Church USA gets many requests to sign on to various statements and campaigns. Often these requests go to Ervin Stutzman, who consults with the Executive Board and staff in making decisions about whether to participate.

Other times we are urged to say something in response to a headline or significant news story — to issue a statement of some kind.

It’s a tall order: to thoughtfully consider the requests or create our own. Most of these issue that are worth saying something about are complex social or geo-political issues. These are issues that experts study but still disagree on. They are issues that a change so quickly, a statement issued today becomes irrelevant tomorrow.

The situation in Syria is another issue that is rightly receiving much attention in the news. Have you tried to keep track of that? Who are the players? What are the allegiances? What are the goals of the factions? It’s complex, to say the least. What kind of coherent statement can the church make, outside of declaring our own allegiance to Jesus, regarding that situation?

In peacemaking, there is room for doing and saying.

We hew to the path of Jesus the best we can and trust the Scripture that “There is a time for everything, and a season for every activity under the heavens.”