Young Adult Theologians Gather with the World Council of Churches

Accompanying the World Council of Churches 10th General Assembly is a young theologians gathering, called GETI. This Graduate Ecumenical Theological Institute aims to connect up-and-coming leaders in the ecumenical movement, that is, people who are rooted in a denominational tradition but excited about working together with people from other Christian traditions. Both working for the visible unity of the church and out of concern for the common good. 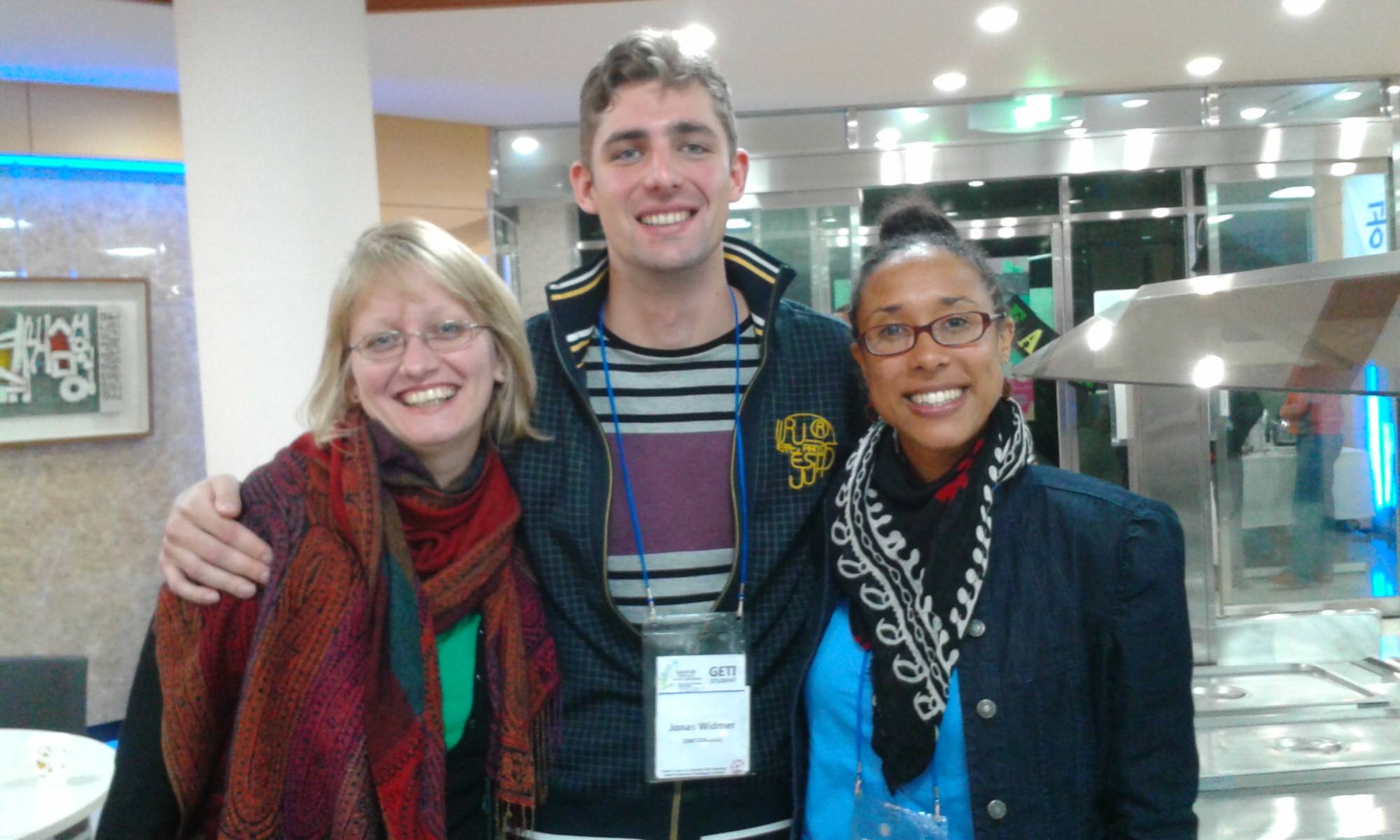 This year’s WCC Assembly theme is “God of Life, Lead Us to Justice and Peace.” The GETI lectures, conversations, worship sessions, and excursions into the Korean context also relate to this theme. At GETI we study the work of the member bodies (representing roughly 25% of Christians worldwide) related to this theme–such as the Decade to Overcome Violence, which Mennonites, Quakers, and Brethren have had a significant role in for the last 10 years–and also the subjects of Faith and Order, Life and Work of the church.

This is a picture of the three Mennonites who are participating in GETI. Maaike de Jong from ADS (Dutch Anabaptists), Jonas Widmer from north German Mennonites. Three Mennonite bodies are a part of the WCC, Mennonite Church USA is not one of them; I am here primarily in my capacity as Outreach Coordinator for Christian Peacemaker Teams.