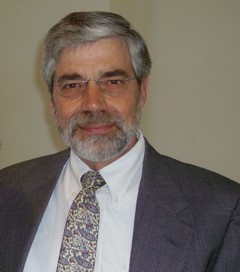 Larry Hauder has served on the Mennonite Church USA Executive Board since 2011. He was a former pastor and conference minister for the Pacific Northwest Mennonite Conference. Currently semi-retired, Larry serves as a part-time consultant with Common Ground Conciliation Services, Inc. and manages several rental properties. Larry and his wife Rebecca live in Boise, Idaho and enjoy spending time with their children and grandchildren. He is the author of Called to be a Pastor; Why it Matters to Both Congregations and Clergy.

I was scheduled to travel to a Mennonite Church USA Executive Board meeting the day after the recent presidential election — but five hours prior to departure I cancelled the trip. Here’s what happened:

Upon learning that Donald Trump had won enough electoral votes to become the next president of the United States, I headed to bed shaken, but hoping for rest prior to travel the next day. Instead, I tossed and turned. At one point in my longest night ever, I threw the covers back and jumped out of bed, imagining a window peeper resembling the president-elect. As the nighttime hours ticked away, I pondered the upcoming board meeting where we’d be wrestling with agenda items related to a divided and smaller denomination with dwindling resources.

Our country had just elected a president who made racial divisiveness, suspicion, fear, bullying, sexism and violent language a cornerstone of his political message and election tactics.

In my post-election shock, I could not imagine adding value to board conversations related to racism, or polity discussions about pastors and same sex unions. Likewise, in this late night thought process, my upcoming board participation somehow implicated me with the president-elect. How, I’m not quite sure.

As the restless night wore on, I had other recurring thoughts: “Who are my people?” After all, political pundits were reporting that a majority of Evangelical Christians, most likely many Mennonites, voted for Donald Trump. I felt alone and sad. How could so many of my tribe understand politics so differently from me? I understand Christians having strong opinions about The Affordable Care Act, future Supreme Court appointees, tax reform and loss of jobs. However, I could not imagine that night — and still can’t fathom today — voting for issues over character. Christian values of compassion for all people, generosity of spirit, honesty in language, fair business practices, and respect for creation, to list only a few, seem grossly lacking in the president-elect.

Finally, it became crystal clear, I could not take part in the upcoming board meeting. The internal dissidence I was feeling was too extreme. Any hope I possessed for building bridges between the divisions in our denomination, which so closely mirror our country’s divide, was at low tide. At 4 a.m. I crawled out of bed once again and called United Airlines to cancel the flight. Next, I wrote to Patricia Shelly, board chair, and said I would not be attending the meeting because of a “fitful night.” Patty was gracious and asked no more questions, for which I was grateful, as my feelings were raw.

It’s been three months since the election, and I’ve tried to better understand the abrupt decision to abort the Executive Board meeting — a response highly out of character for me. Trying to center myself, I began reading through the Bible, a discipline I’ve practiced many times. I’m also re-reading favorite authors. I’ve reignited my involvement in local peacemaking efforts. I’m mostly fasting from TV political news, and being selective about what I read on social media. I am practicing what Apostle Paul exhorts his readers: “guard your heart and your mind in Christ Jesus” (Philippians 4:7).

Meanwhile, my role as an Executive Board member goes on for another two years.

At the same time, the presidential election has driven home the reality that Mennonite Church USA is more divided than I imagined, and that fear-driven racism and sexism are as embedded in our denomination as in the nation. Maybe my shock with the results of this election points out my personal denial of this reality.

Given the strength of my feelings about the election, and the chasm in our church, I ponder how I can best assist the Mennonite Church USA. Is there yet hope for living together into our vision — to grow communities of grace joy and peace?