A Holy Week Reflection: My God, my God, why have you forsaken me? 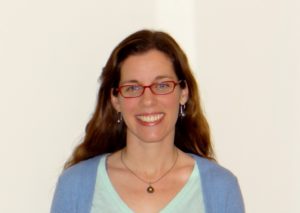 Catherine Thiel Lee is a chaplain and preacher working at Transitions Hospice and University of North Carolina Hospitals and serving her congregation at Chapel Hill Mennonite Fellowship. She has an MDiv from Regent College and worked with refugee claimants in Vancouver, BC. She is fascinated and confounded by modern conceptions of power and Hannah Arendt tops her list of “if you could have a conversation with any one dead or alive…” Catherine lives, plays, and lovingly tends a scrappy garden in Chapel Hill with her husband, Michael, and two sons.

Such terrible words to speak, to hear, to hear from the mouth of Jesus. Welcome again back to the brink of Good Friday.

Year after year we circle around, for that is what we Christians do, tucking ourselves back into liturgy. We take up the same texts, the same stories, the same conversations to re-hear, relearn, remember.

When I read Psalm 22 it reminds me of so many things.

It reminds me of my preschool Sunday school class.

Lately we have been reading Psalms. We work with coloring sheets, the grown-up kind filled with pixeled, spiraled patterns, the scenes fractured like stained glass of tiny blocks, stripes and circles. Grubby hands reach for boxes of colored pencils, smelly markers and pictures with ribbons etched with ancient prayers. We sit and read and fill in all the spaces. We talk about our weeks and a best friend’s birthday party and there is a lot of giggling and redirection. We wonder about how and why God made the clouds and Ava’s dog who is sick and might be dying. Last month the sheet at the top of the stack was Psalm 22. I read over the words and searched for lines to read to shining faces I love. I winced. I did not want to read, “there is no one to help” (22:11) and “I am poured out like water, and all my bones are out of joint; my heart has turned to wax” (22:14). They are only four years old. I did not want to voice these cries of desperation to God, nor their suspicion of God’s withdraw.

It reminds me of telling the story of the crucifixion to the same group a year ago.

They were wide eyed as always, though unusually solemn in the face of this story of death and meanness. We did not proceed to the resurrection yet. We hinted there was more to come, but we waited. We listened to the story without denying its difficulty.

It reminds me of telling my son years ago about Jesus’ death for the first time.

It reminds me of sitting last week with our adult Sunday school class.

As a hospice chaplain they had asked me to lead a session on faith and dying. A brave group of hearty souls gathered on a beautiful spring afternoon for an open-ended conversation about death. My heart broke, like it always does, to look around the circle and tell my friends the most important thing I could in a mere 40 minutes of group conversation, the place where we always have to start if we are going to get anywhere at all, the glaring and difficult truth: that death is terrible. That death is scary and sad.

And that in the face of the terribleness and fear and devastation of death our work is to draw close anyway. Close enough the hear. As close as we can. As close as is good for the one who is dying. As close as is good for us. In the face of death and trauma, boundaries and permission and knowledge of our limits are essential, non-negotiable. But when and where we can, it is good to reach out to dying bodies. To hold them close. To touch, draw in, before and during and after the time of death.

Being with dying is a difficult gift, but one where God is still present. Palpably, absurdly here. God attends, God hears the cries of God’s people. Because that is what God does.

Psalm 22 is a terrible psalm, full of stark, grim words. Even the son of God, even God’s own self felt abandoned, wondered aloud, “God, where are you?”

The ache of Psalm 22 speaks and strikes against our hearts. But it does not stop there. Psalm 22 goes on.

It goes on to say that God is not hiding, but listens to these cries for help. To the Psalmist’s cries. To Jesus’ cries. To our cries. God will draw close, carry the body of dying, dead Jesus on his back to a tomb. Will show up early in the morning, her hands flexed to rub his beloved body with spices, oils and herbs. Will stand astounded in the presence of angels, run towards the place Jesus was buried at the sound of a crazy rumor, blink in astonishment at the revelation that there is more to come.

For now, this day, our work is to gather around a broken body. To keep watch. To draw as close as we can. To cry out. To hear the cries around us.