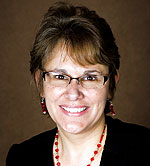 The Gospel of John serves as a genesis. The writer makes a clear case that Jesus, the Word made flesh, was here from the beginning. The Logos, the Word, was here just as love is before service. The public ministry of Jesus, according to the Gospel of John, reaches its climax with the act of Lazarus’ resurrection. This event instigates the plot to kill Jesus and eliminate Lazarus as the living evidence of Jesus’ power over death. The Gospel of John places this miracle at the end of the first part of the narrative about Jesus’ life.

In John 12, Jesus and Lazarus are not taking the main roles, though. That role belongs to Mary; she has center stage. Her anointing of Jesus is an act, as some have stated, of “pure extravagance.” But for Judas it is “a waste, and could have been used for the poor.” In reality the writer wants the reader not to guess what is behind Judas’ comments. He wants the reader to see Judas’ hunger for money and his desire for attention.

But Judas forgets that it is a poor woman performing this prophetic act. She gives all she has as an act of gratitude. For Mary, it is an act of solidarity—“acompañamiento,” as Central Americans would say. The writer gives us the theological meaning of “anticipation of Jesus’ death.”

Yes, we notice as a prophetic act how this service to Jesus moves him and how gratefully he receives it from Mary. As the perfume of her service fills the room, we recall that Jesus first brought Lazarus back to life for his two sisters; now it is Jesus’ turn to receive. The miracle worker is now receiving gracefully.

Notice the sensual description of Mary’s action described by a male writer in verse 3: “pours oil-perfume, cries over his feet and wipes with her hair.” As scholars have noted, Mary is trespassing many barriers in order to touch and bless Jesus. You could even say that Mary is ceremonially performing a priestly duty by anointing Emmanuel, God with us.

Gail O’Day, in The Women’s Bible Commentary, comments that Mary’s anointing of Jesus anticipates the love commandment. Mary does in action what Jesus teaches in words. “Mary is the first person in the gospel to live out Jesus’ love commandment,” she writes.

In chapters 12 and 13 of John, both the acts of anointing and footwashing can be interpreted as acts of letting go. Mary, with her tears of gratefulness, and perhaps knowing by the Spirit, grieves Jesus’ death. Jesus, being informed already, and even following Mary’s lead, decides to do a similar act by washing the disciples’ feet, getting them ready for the road ahead.

In order to serve, we need anointing for our wounds and for the new wounds we will receive on the journey. We will need to bow down to each other and yield from “power over” to “power with.” This act of love that Mary offers to Jesus is an act of resistance. Like many women, she resists using it on herself or for family income.

The Confession of Faith in a Mennonite Perspective addresses footwashing in article 13 by stating, “We believe that Jesus Christ calls us to serve one another in love as he did.” As a symbol of service, we kneel to wash each other’s feet. In the midst of so much divisiveness today, this humble symbol comes to mind.

In her booklet, A Spirituality of Service, my dear friend Susan Claassen takes service to a deeper dimension. She “understands that the call to serve makes service a path for our spiritual growth, not because others have needs, but because we need to grow and mature.” A spirituality of service is based on being open to God’s pain, which is part of discerning our call to action. Claassen adds that our response should be grounded in compassion.

Both kneeling positions—Mary first and Jesus second—demonstrate not only service as commonly interpreted, but also compassion—acompañamiento—to be with and to walk with the other.

As a church leader, I am learning to be at the feet of those I disagree with, as an act of true love. This includes acknowledging my own missteps along the way and having many difficult conversations. Will you join me in this spiritual exercise that embodies love as a discipline, beyond just a feeling? What happens when we let Mary’s example take center stage? As moderator I continue to ask this question of myself.

(Portions of this piece were used in my presentation titled Living a Life of Service—an Ordinance from a Mennonite Perspective to the Bridgefolk Gathering at St. Johns University (Minnesota) on July 25, 2014.)