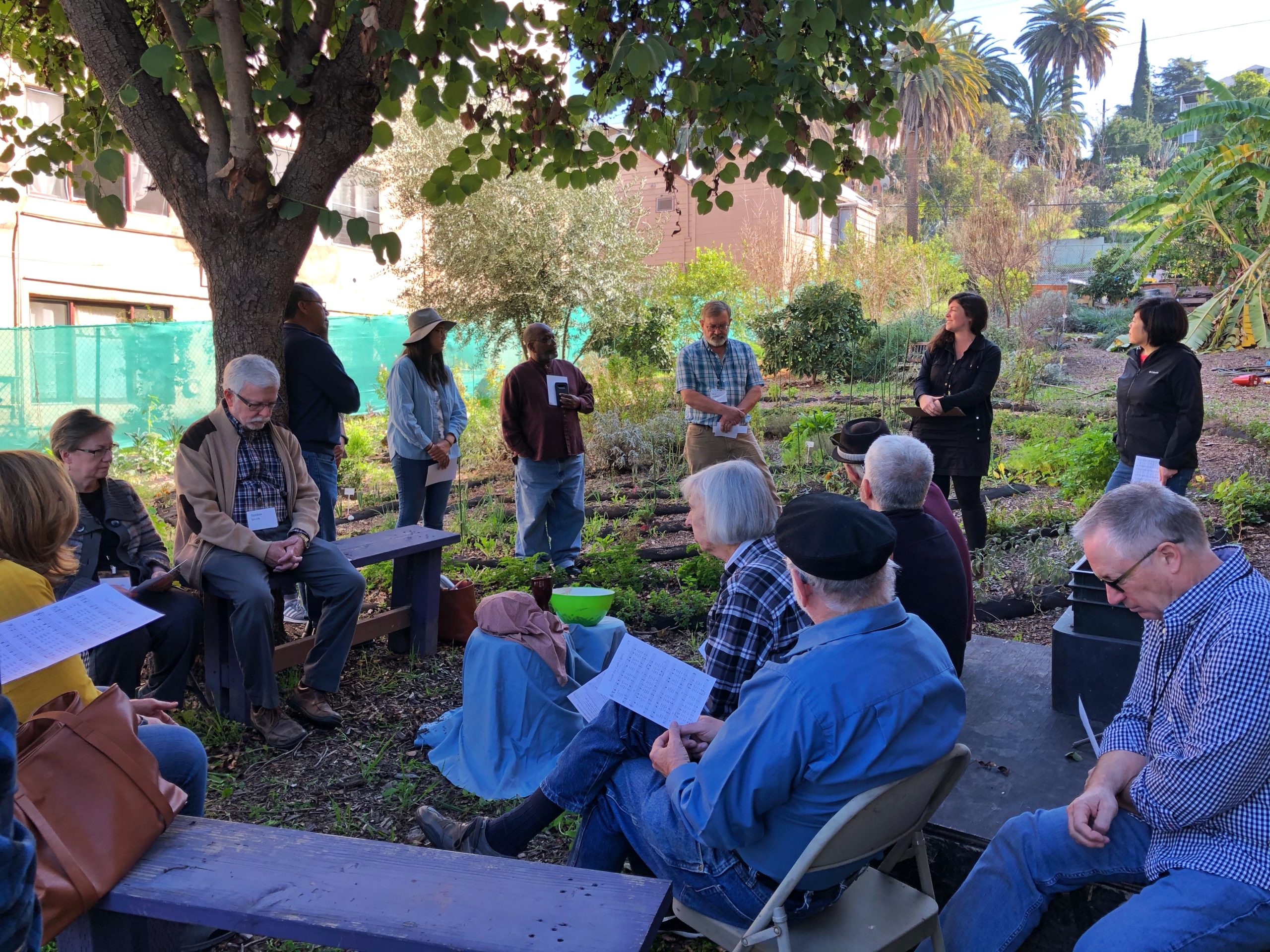 This article is shared from Pacific Southwest Mennonite Conference.

“I’m beginning to wonder, is the gospel that we’ve preached too small?” one of the church leaders pondered at a recent climate retreat called “Who Cares about Climate Change: Pastoral Response to Denial and Despair,” led by Doug Kaufman, director of Pastoral Ecology with the Center for Sustainable Climate Solutions. Over the January 31st–February 2nd weekend, I gathered with 27 other California Anabaptist pastors and church leaders to broaden our understanding of the church’s witness to include a response to climate change. Representatives from Mennonite Brethren and MC USA congregations were present, including immigrant church leaders from Congo, Indonesia, South Korea, Nigeria and Belize. This was the first urban retreat of its kind, and sessions included learning about the impacts of climate change and resulting sea level rise on the Los Angeles region where we gathered. 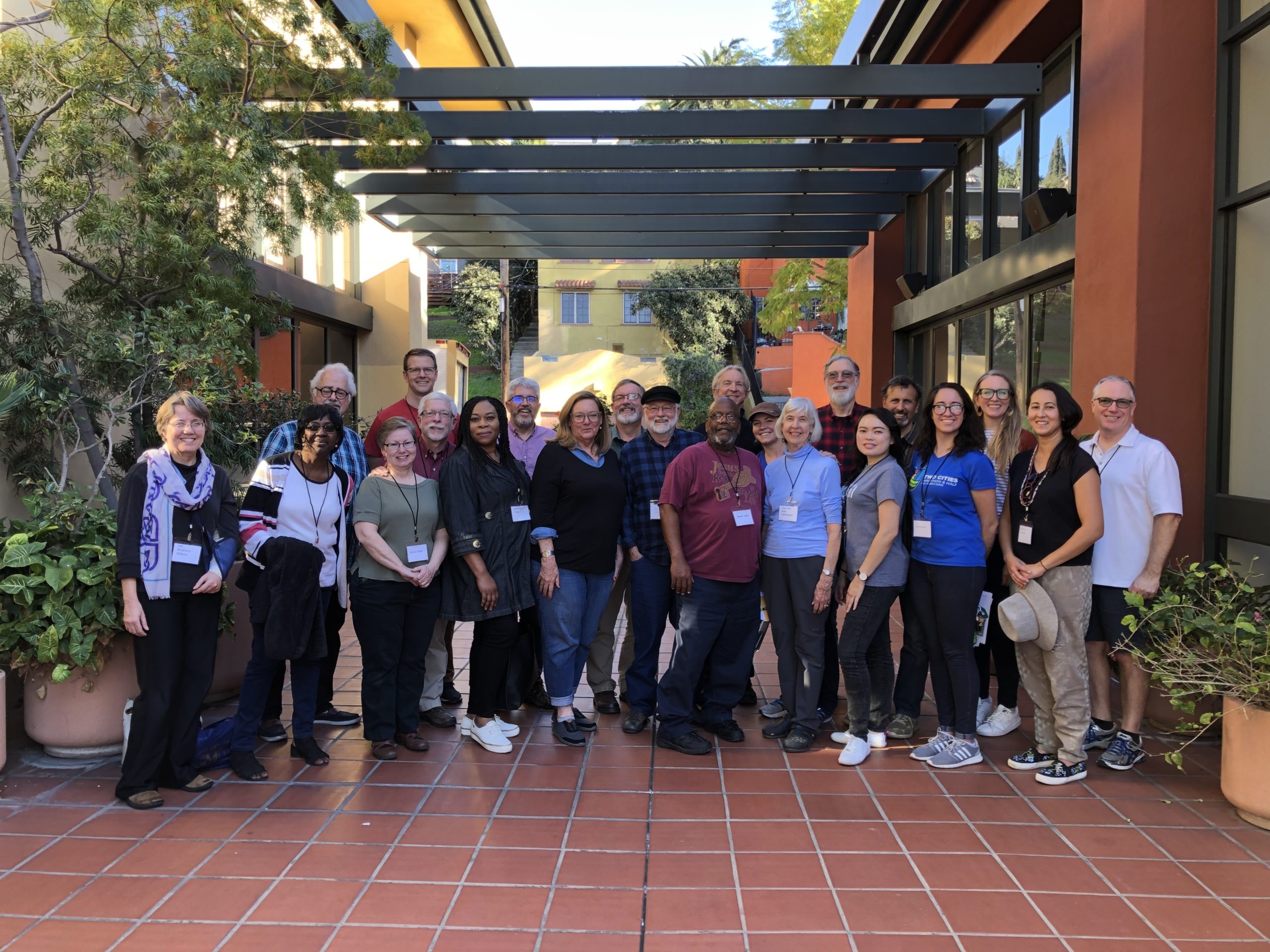 I attended the retreat along with Sara Gurulé, a young leader from Wild Church, a church I’m planting and tending in Fresno, California. We led three outdoor contemplative worship times that incorporated liturgies of praise, lament, and active hope as part of the New Creation God is bringing about in Christ. We broadened our worship to join in the praise and lament of the L.A. watershed where we worshiped along with the elements of the City of Angels, the paved-over L.A. River, Canadian Geese in Echo Park Lake, the San Gabriel mountains, and the urban garden where we met for worship.

Denver Locke of Family Mennonite Church shared one of the barriers when it comes to talking about climate change: “At church, we talk about the Spirit! We don’t talk about things like climate change. That’s the world… we’re supposed to be ‘in the world, but not of the world.’” The Spirit/world divide is a major block for many congregations in engaging politically and ecologically, and so I felt encouraged to see how this retreat engaged pastors and leaders through worship, Bible study, and theology in order to bridge this divide.

Doug Kaufman led most of the sessions, along with Mark McReynolds and Deb Shepherd-Webster, two scientists and church leaders from the L.A. area. We considered research on the emotions surrounding climate denial, including “psychic numbing” and the refusal to act despite knowing the extent of the problem. Other sessions reflected on Biblical and theological resources for caring about climate change and drew from passages from Isaiah, John 1, Hebrews 1, and Colossians 1. One of the sessions focused on Climate Justice and included participant sharing about emerging nonviolent movements such as the Sunrise Movement and Extinction Rebellion that are highlighting the planetary emergency that we’re in as a result of limitless growth capitalism. We also heard stories from the Global South about how climate change is intensifying global inequalities, such as in sub-Saharan Africa where communities are suffering as a result of unpredictable rainfall and food and water shortages.

At the end of our time together, participants shared our next steps and commitments, which included preaching more often about climate change and creation care, creating liturgies that incorporate God’s care for all creation, sharing ecologically-friendly practices as congregations, putting up solar panels as part of a church’s witness, and doing a climate activism training in collaboration with other churches. 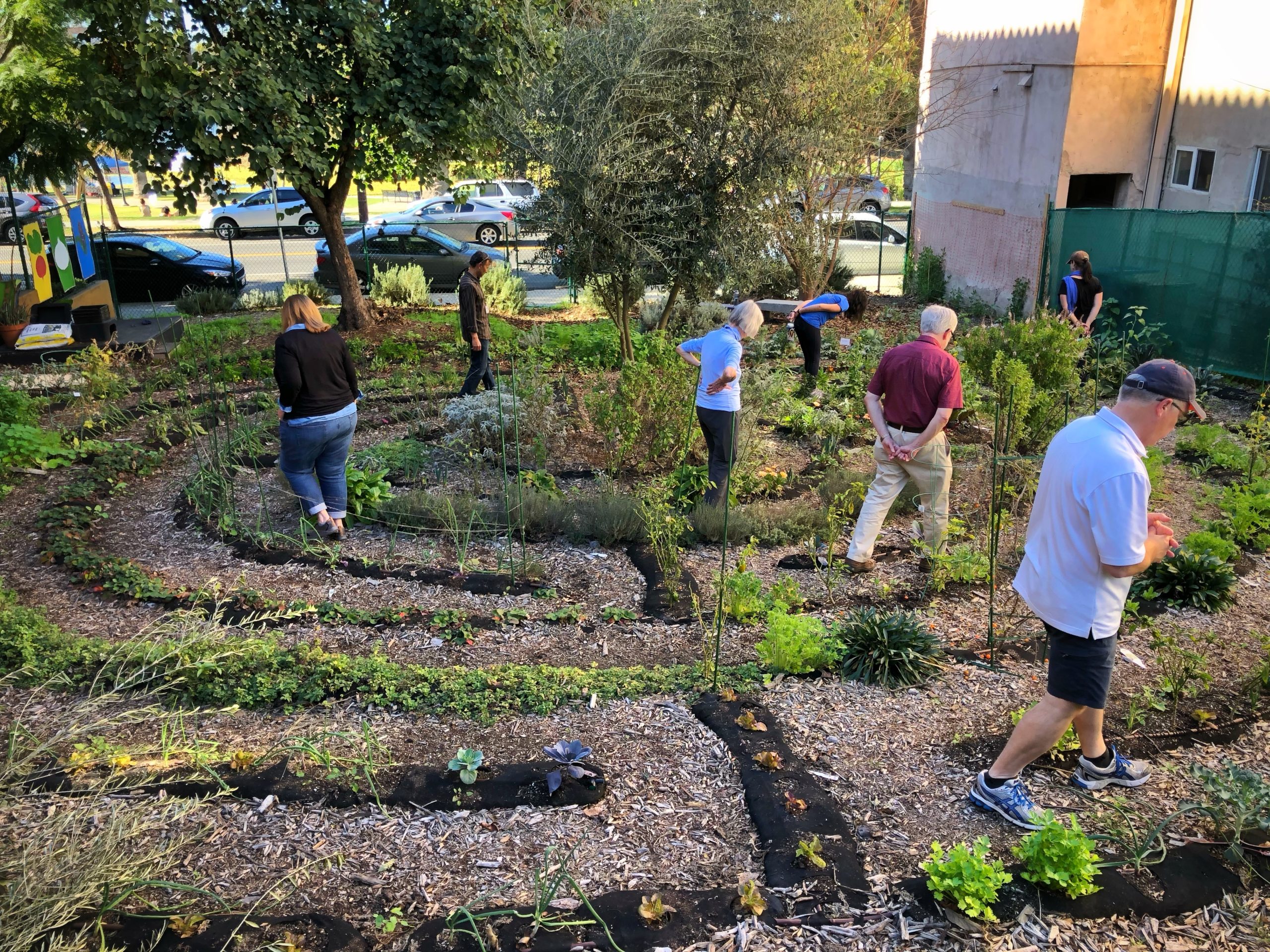 I found the opportunity to talk and think deeply about the heavy theme of climate change with others to be surprisingly life-giving. Facing the realities of climate chaos can feel isolating, overwhelming, and depressing, and yet when shared with community, space for faithful action opens up.

Lynn Hur, the youngest person present, summed up some of the longing for community she feels among her high school peers, saying, “A lot of people in my generation are really lonely and isolated… it’s hard to find a literal place of community since a lot is online these days. We don’t know how to do community and talk about climate change at the same time.” She shared that the church can provide this space with and for young people, to the extent that we are able to connect issues of climate change with faith.

Bill McKibben (founder of 350.org and Methodist Sunday School teacher) once said, “Climate change is an opportunity for which the church was born.” This re-framing of climate change from denial and despair to a call to deepened discipleship was at the heart of our retreat. I left the retreat wrestling with the meaning of the word “hope” as different than optimism that things will get better. At the same time, I felt a resurgence of hope that the church can witness to the broader gospel of God’s love in Christ for the whole earth in the midst of climate change.


Katerina Friesen lives on traditional Yokuts land in Fresno, CA and works with the Insight Garden Program, an in-prison rehabilitation program that uses gardening to reconnect incarcerated people with themselves, their communities, and the natural world. Katerina is also an adjunct instructor at Fresno Pacific University and offers pastoral leadership to Wild Church. She has an M.Div. from Anabaptist Mennonite Biblical Seminary.