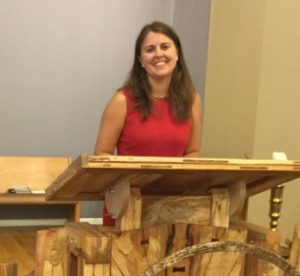 Ruth Harder is the pastor at Rainbow Mennonite Church in Kansas City, Kansas. She grew up in Hillsboro, Kansas and is a graduate of Bethel College and Anabaptist Mennonite Biblical Seminary. Ruth is married to Jesse Graber, a free-lance illustrator. You will find at least one of them running by a Kansas City fountain.

“The fountain of wisdom is a bubbling brook.” Proverbs 18:4

When I plan my weekly running routes, I make it a point to include one of Kansas City’s 500 fountains in my route, not so much to drink out of, but because it’s an interesting, maybe less-known part of KC history.

Kansas City’s love affair with fountains can be traced to two urban planners in the 1890s who sought to transform the aesthetically lacking “cow town” into a more beautifully-manicured metropolis. Today each of the over 500 “aquatic showpieces” have their own distinctive architectural style, size, features and themes, and they grace nearly every courtyard, park and boulevard, giving KC the moniker — “City of Fountains.” Some claim (and some dispute) that KC has more fountains than Rome. And while some would question this use of city resources and its impact on the environment, especially when the water is dyed various colors, the fountains remain a source of pride for much of KC. 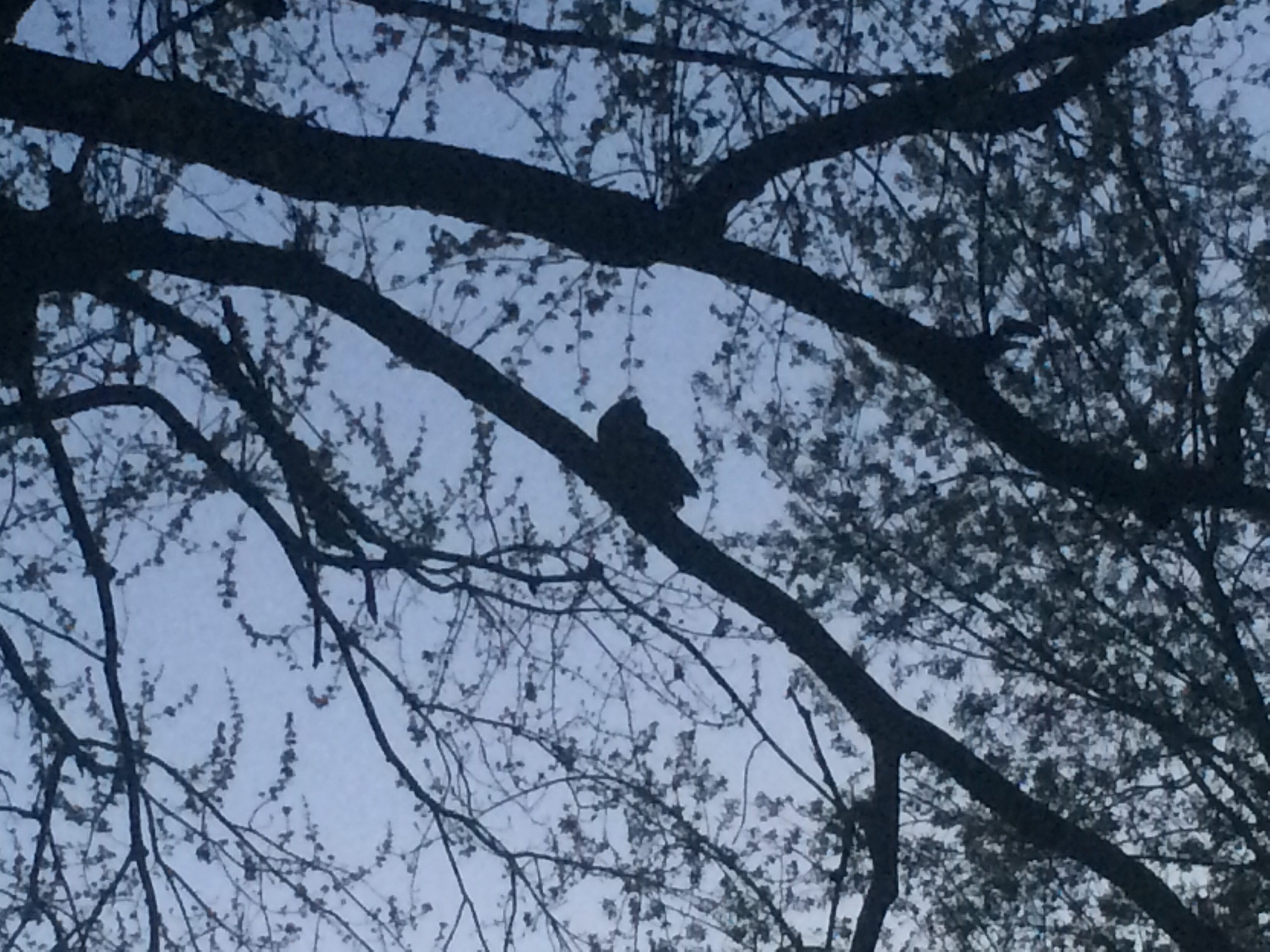 One memory that often comes to mind when I pass by a KC fountain is that of the MCUSA convention held in Phoenix in 2013. Every evening I would return to the house I was staying at, often exhausted from the long day. And without fail, I would find the owner sitting by his window, binoculars in hand, watching the birds congregate around his backyard fountain, a much-needed refuge for the winged creatures of the Arizona desert. He talked about the birds and the owl that would often visit, as if they were old friends. With great affection, he could mimic their unique sounds. So instead of rushing off to bed, I would often sit with him at dusk, watching these beautiful creatures splash, squabble and drink. And sure enough, the owl came one evening, and we sat together in hushed, reverent silence. I recorded my host making bird sounds one night, and it continues to be my favorite Arizona souvenir.

This evening ritual of bird watching inspired me as I sat around the delegate tables in Phoenix. I imagined us all as different bird species, each with our distinct colors and ways of communicating, all splashing and squabbling, all (I hope) thirsty for a drink of wisdom offered through God in Jesus.

At times I wondered what curious observers with binoculars might think of us as they watched us stoop to drink. Would they talk affectionately of us? Would they eagerly await our return? Or would we simply just be known for our squabbling?

Exactly a year from now, in July 2019, we who live in The City of Fountains, will be awaiting the return of Mennonites to the next Mennonite Church USA convention. Compared to six years ago in Phoenix, our denomination will look and sound different. And I’m sure I will once again come home exhausted from the long days of denominational splashing and squabbling. My own goal between now and then is to study fountain references in the Bible. Fountains flow throughout the Holy Scriptures, from the prophets to the psalmists, to visions in Revelation. So as I explore these “waters,” my prayers for the Mennonite Church will be directed to The Fountain of Life, who has promised to lead us toward brooks of water, of fountains and depths that spring out of valleys and hills (Deuteronomy 8:7).