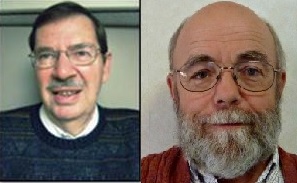 Harold A. Penner, member of the Akron (Pennsylvania) Mennonite Church, is a religious conscientious objector and a life-long war tax resister. He is the convener of $10.40 for Peace, an affiliate of the National War Tax Resistance Coordinating Committee and former board treasurer of the National Campaign for a Peace Tax Fund.

John Stoner lives in Akron, Pennsylvania and enjoys being a grandfather and gardener. He has worked as a pastor, MCC Peace Section administrator, teacher and peace activist.

John and Harold will be presenting a seminar on “Creating a Church Peace Tax Fund” at MennoCon19.

“Love your enemies and pray for those who persecute you, so that you may be children of your Father in heaven.” Matthew 5: 44-45

In response to Jesus’ exhortation to “love your enemies,” this seminar proposes that the Mennonite Church USA support, enable and equip religious freedom rights as outlined by the U.S. Constitution for those who, because of conscience, are unable to pay taxes that underwrite war and militarism.

Bearing witness to the good news of Jesus Christ in a world involved with endless war in the pursuit of imperial control, the creation of a church peace tax fund would channel conscripted income toward meeting human needs and help to save the planet while providing a faithful testimony to the world regarding Jesus’ way of nonviolence and peace. In the process, a church peace tax fund would enable and equip conscientious objectors who refuse to pay war taxes.

Conscripted daily to pay taxes that underwrite killing and war making, many U.S. Mennonites are seeking ways to refrain from paying for war. This plan will provide the spiritual resources, human solidarity and material support to enable Mennonites and other people of goodwill to follow the prompting of their Spirit-led consciences and publicly object to paying the taxes that are used to support killing, war-making and militarism.

Historic Mennonite statements have called on Mennonites not to pay for war.

“In response to global violence, we call the church to . . . be steadfast in our refusal to participate in, train for, pay for, or directly profit from the use of military violence.”

— And No One Shall Make Them Afraid: A Mennonite Statement and Study on Violence adopted by the Mennonite Church General Boards in Denver, Colorado, Nov. 22, 1997

“We remain committed as a church to the belief that participation in war is contrary to the will of God. . . Therefore, the Delegate Assembly of Mennonite Church USA calls affiliated congregations to a renewed emphasis on trusting God and the way of Jesus, not violence, for our security. For this teaching to be effective, it must address our society’s commitment to the moral necessity of violence, our government’s undisclosed purposes in its so-called ‘security efforts,’ and our often secret sympathies with so-called security operations.”

Historically we have supported conscientious objectors with our money:

We fail in our Christian calling if we only celebrate this legacy of witness and do not act during the current era of perpetual war, when our national government conscripts our money, not our bodies, and spends as much on military force as the military spending of the next seven countries combined — $716 billion during fiscal year 2019.

The “Church Peace Tax Fund” would be funded by designated contributions received from individuals and local participating congregations. Through a Memorandum of Understanding, donors will report to the church that their donation is a portion of the Federal Government’s income tax assessment attributable to war which is being redirected from war-making to problem solving.

This endeavor has potential to capture the attention of the public, governments and those involved in the manufacturing and sale of armaments, both in the U.S. and around the world, where it will likely be perceived as a challenge to exorbitant military spending.

In the process, might it be possible that many persons around the globe will become interested in this faithful peace-making pursuit of modern-day Anabaptists?

You are invited to participate in the “Creating a Church Peace Tax Fund” seminar at MennoCon19. In the meantime, please share your ideas about how to best make this proposal a reality. 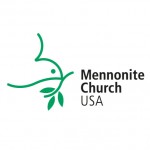