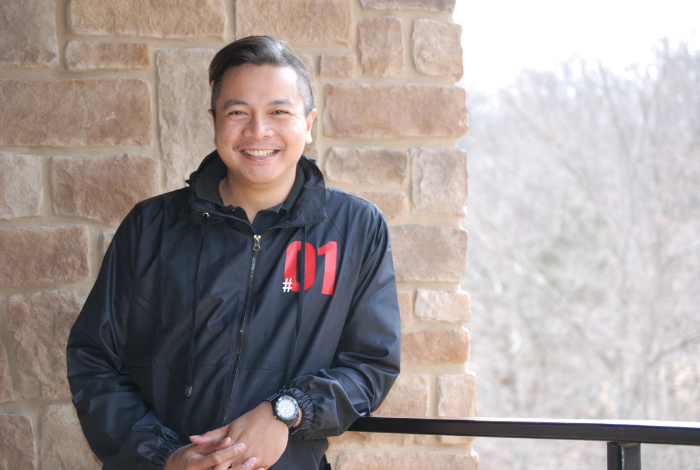 Hendy Matahelemual was born and grew up in Bandung, Indonesia and graduated from Parahyangan Catholic University. He worked in the music entertainment industry and a law office before being called to full-time ministry. He served as a pastor in Elshaddai Creative Community in Bandung before coming to the States. Hendy received an M.A. degree in Christian Leadership from Eastern Mennonite Seminary in 2019. He serves with Mosaic Mennonite Conference through his role as associate pastor at Philadelphia Praise Center. Hendy lives in Philadelphia with his wife Marina and their three boys.

I think we can agree that the impact of the COVID-19 pandemic has not only caused a health and economic crisis, but also a crisis of justice for humanity. The police brutality and armed violence against George Floyd, Breonna Taylor, Ahmaud Arbery and others sparked our awareness that the journey of restitution, restoration and reconciliation work for Black people still has a long way to go. It is as if the pandemic has opened old wounds and diseases of all sorts that are not fully healed.

More recently, hate crimes and acts of racism have been on the rise again, this time, directed towards the U.S. Asian community.

Perhaps the peak of this violence occurred in January when Vichar Ratanapakdee, an 84-year old immigrant from Thailand, was violently pushed to the ground by a stranger in an unprovoked attack in San Francisco, California. Ratanapakdee never regained consciousness and died in the hospital. Since February, there have been 3,000 cases of hate crimes against Asians in the United States and the numbers continue to increase. Asian-owned shops are being looted and houses of worship are being destroyed.

This increase was triggered by racist and xenophobic rhetoric surrounding the origins of COVID-19.  Since then, the government has taken steps by issuing a memorandum condemning racism, xenophobia and intolerance against Asians and Pacific Islanders in the United States. Our homework as MC USA is still significant and the journey to racial justice still has a long way to go.

Despite recent acts of racism towards Asian Americans, the issue is not new. U.S. history contains many heinous examples. The Chinese Exclusion Act (1882) and the internment of Japanese Americans during World War II are just two atrocities that Asians have faced since first setting foot in the U.S. As minorities, Asians and Asian Americans experience prejudice every day. A pandemic only opens up a disease in society that has actually existed since the beginning, the disease of racism.

Just yesterday, after buying groceries at the supermarket, I saw an older Asian man having some difficulty paying the cashier for his groceries. He didn’t speak English very well, if at all. The cashier was frustrated. Suddenly, one of the onlooking customers made an inappropriate gesture by trying to take the man’s money and solve the problem in an unnecessarily rude way. After the old man left, both the cashier and the “helpful” customer were smirking. This kind of response is not new, and my heart is troubled.

Many Asian Americans, including myself, have not experienced physical violence as a result of racism, but we all have experienced other kinds of violence: verbal assaults, microaggression, negative stereotypes and intolerance. Openness and education are the beginning of recovery. From every crisis and conflict, there is an opportunity for peace and reconciliation.

Racism is actually a taboo subject to discuss in Asian American communities. When hate crimes occur, it is highly likely that Asian victims will not report the violence to the police. This is due in part to some Asian immigrants who are not fluent in English and also not wanting to create any more trouble for their community. As a result, many choose silence as their response to violent acts against them.

Is silence a good thing? There is a proverb that says, “Speech is silver; silence is golden.” However, I believe to speak up and expose evil is diamond. Any form of racism is evil, and the Lord Jesus shuns hatred.

We see resilience, beauty and strength in the Asian community. MC USA must stand together against hate and racism.

Let’s continue to strive for peace, justice and nonviolence, and let us heal and reconcile together in Jesus.