The dividing wall of hostility 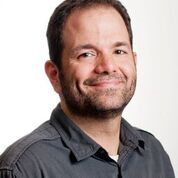 Jason Boone is coordinating minister of the Peace and Justice Support Network.

I have friends for whom the election of Donald Trump to president is a genuinely frightening event. They feel they will be targeted for harassment by the administration and its supporters on the basis of their skin color, gender, citizenship status, among other things.

I have friends from whom the election of Donald Trump to president is a genuinely happy event. They believe a new administration will bring about an economic renaissance in our country, and will give voice to concerns about our culture that have been ignored.

It might be that such a contrast in visions has always been present in our nation. Yet somehow we’ve worked together on pressing problems and maintained at least a grudging respect for opposing views. While extremist views existed, they were not recognized as being serious contributors to the collective community.

But it feels like on Nov. 8, 2016, we entered into new territory. The gap between supporters and detractors of the president-elect isn’t bridged by anything. In fact, instead of bridges, dividing walls of hostility are being constructed every day.

At the same time, the recent election brought to light serious problems that must be addressed. The never-ending wars we’ve been involved with since the turn of the century, economic systems that do not lead to just outcomes, systemic racism in our courts, prisons and communities, and a world-wide phenomenon of shrinking away from other cultures and countries to retreat into nationalist cocoons are just a few of the outstanding balances that will come due and demand payment.

These problems generate righteous anger, understandable fear and palpable unease in our country. And can’t be overcome by one side or the other. Trading off political victories, exchanging Republican presidents for Democrat presidents, and vice versa, may provide the thrill of victory for some, but will ultimately add to the wall of hostilities that divide us.

The challenges that lay ahead can only be addressed by united people. Unity doesn’t mean political homogeny, but it does mean the capacity to view our differences as minor compared to the opportunities that exist when we work together towards common goals that benefit many, not just the few.

There will be ample opportunity and need for followers of Jesus to courageously stand for peace and justice in the months and years ahead. As followers of Jesus, we must stand with the poor, the weak, the marginalized. We must stand with those who work for peace and justice. These opportunities have been present previously, but they will no longer be ignored.

There is another call to be pursued, even as we make these valiant stands for justice. It’s a call for each of us to work on dismantling the dividing wall of hostility that we all contribute to at different times. As agents of reconciliation, we can contribute towards the unity that is needed now more than ever.

This is difficult work, the work of active peacemaking. It’s not enough to refrain from invective towards our political opponents. We must take steps forward to try and understand more fully what hopes and fears shape those with views we don’t share.

We do this because we follow Jesus, who never turned away a chance to engage with those who opposed Him. Let’s be honest, our efforts won’t result in an instant healing in our nation. But our faithfulness is seen by God. From the small moments of understanding, the precious minutes when defenses are lowered and connections can be made, when they are offered to God, as meager as a few fish and loaves of bread, abundance can flow.

One place you can start this work is through the research Dr. Jonathan Haidt. A social psychologist, Dr. Haidt has investigated the moral foundations of both conservative and liberal political viewpoints. He found that the difference doesn’t come down to one side being right and one being wrong. Instead, political stances are shaped by a variety of factors. If we can begin to understand why and how those we differ with politically came to their conclusions, we are in much better position to find places of convergence and similarity. And we begin to chip against the dividing wall of hostility.

The Peace and Justice Support Network will be working on resources and opportunities to support your efforts in breaking down the walls of hostility. I look forward to walking with you all in the year ahead.