Sarah Augustine is the co-director of Suriname Indigenous Health Fund, a private international charity, and Professor of Sociology at Heritage University where she is also the Director of Student Spirituality. Over the last several months she’s been writing a special blog series on the Doctrine of Discovery.

Last March I presented a hearing before the Inter-American Commission for Human Rights. This commission is an organ of the Organization of American States, which creates international law and treaties among countries in the Americas. I represented the Wayana, an Indigenous people with whom I have worked since 2004 in Suriname, South America.

Gold mining has caused massive mercury contamination in the Wayana territory, and the primary food supply of this rainforest people is contaminated.

Mercury contamination causes neurological impairment, which is especially profound in young children and developing fetuses.
I faced Suriname officials, including Suriname’s ambassador to the United States, during the human rights commission hearing.  I cited our original, community-based risk-assessment and health assessment research which clearly demonstrates the impact mercury has on the Wayana’s environment and on their bodies.
Although the commissioners were sympathetic to the plight of the Wayana, there is little they can offer in the way of concrete action that will provide relief to them.

The Wayana do not have constitutional protections in Suriname, and therefore do not have status within their own courts.

I became aware of the Doctrine of Discovery as a representative and friend of the Wayana.  In the long and winding path seeking relief for a people on the verge of extinction, it has become clear to me that there is no legal structure on earth that will provide protection or redress for my friends.

That is because their exploitation is legal.

The Wayana have no legal recourse that will provide them protection from the financial interests that continue to extract resources from, and destroy Wayana territories.  Suriname courts do not recognize the rights of the Wayana to own or control their own lands, because of the principles of discovery.  European “Christian” states alone had the legal right to own land and the resources there during the times of colonization.  Laws and policies justified by Christian doctrine formed the legal precedent for national and international policies that govern land use in the Americas to this day.

The Wayana are not represented by these policies.  They are invisible. 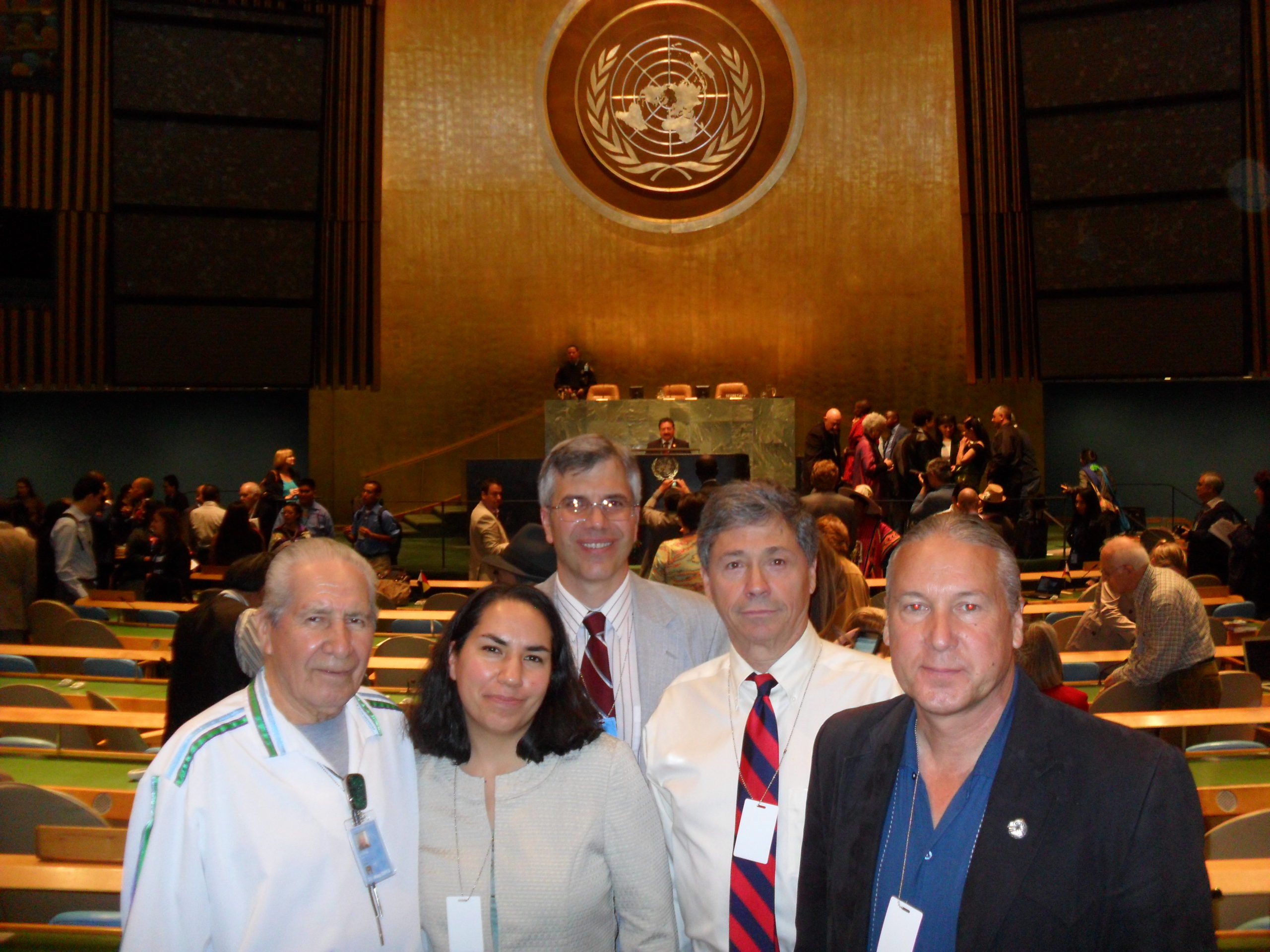 Over the past ten years, my colleagues and I at Suriname Indigenous Health Fund have repeatedly pursued and appealed to leaders at the Inter-American development bank, all the way to their board of governors, urging them to follow their own policies.

However they continue to fund projects that destroy the lives of Indigenous People including the Wayana.

And they continue to do so legally.  I have testified before the United Nations, and have appealed to both the U.N. permanent forum on Indigenous Issues, and to the special rapporteur on Indigenous Issues.  These mechanisms are designed to seek justice, but we’ve discovered they are largely symbolic depending upon member states to self-regulate.
The Wayana are not alone. Indigenous Peoples around the world face the same legal structures.  Miguel, a friend and episcopal priest who lives in Guatemala, tells of an ecumenical meeting with delegates from across Central and South America.This group agreed – their highest priority is the right to say “no” when corporate interests come to mine their lands.

The mining companies that lay waste to Wayana lands are Canadian and American.

They create destruction, militarization, displacement, and environmental contamination legally, just as slave-holders once benefitted from a brutal and evil economic engine legally.

Just as those who created and supported apartheid once benefitted from an evil, corrupt legal system.

As a North American, I advocate for the Wayana not only as their friend, but also because I am accountable as a member of the society that benefits from their oppression.  As an individual, I can do very little.  But as people of faith, the global church has the moral authority, the power and the influence to intervene on behalf of Indigenous Peoples in International institutions like the Organization of American States and the United Nations. .
The doctrine of discovery is neither abstract nor antiquated.  It defines an unjust, discriminatory reality for millions of Indigenous Peoples globally, right now. 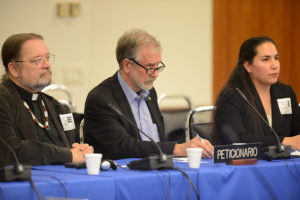 When I presented the hearing before the Human Rights commission, I was accompanied by two friends: Mark MacDonald, Anglican Bishop and the World Council of Churches President of North America, and Doug Hostetter of Mennonite Central Committee.  These men testified alongside me as individuals, not as the representatives of institutions.  We stood united that day as people of faith, on behalf of the Wayana.

What would it be like if our church institutions stood in solidarity with us?

What might we accomplish if we approached the human rights commission, the banks, and corporations as a united church?

We must work together to call our institutions, those whose identity is to follow the way of Jesus, to stand with us. We have an opportunity at Mennonite Church USA Convention, and again at Mennonite World Conference, to imagine together how we might go about this.  Until individuals representing committed institutions stand together with Indigenous and vulnerable Peoples, our words and gestures too are rendered hollow and symbolic.