I live among the Yakama people in Central Washington State, specifically on a small farm just below the precise place where the sky touches the earth: Toppenish Ridge. The place where I stay is nestled against a series of curved foothills, along the southern edge of the earthen bowl surrounding the Yakima Valley.

in a nation that equates freedom with the open road, gasoline and automobiles, I’m a walker.

I was an adult before I took my first driving test and earned a license. I have owned a car for only half of my adult life. This walking sensibility is a gift where I live. It allows me to see fully the world and community around me.

When driving-culture people look at an unfamiliar place, they look to roads. Homes, neighborhoods, businesses, even landmarks like mountains and rivers, are viewed in relation to roads. Maps define communities by the roads that snake through them and guide travelers from where they are to where they wish to go. 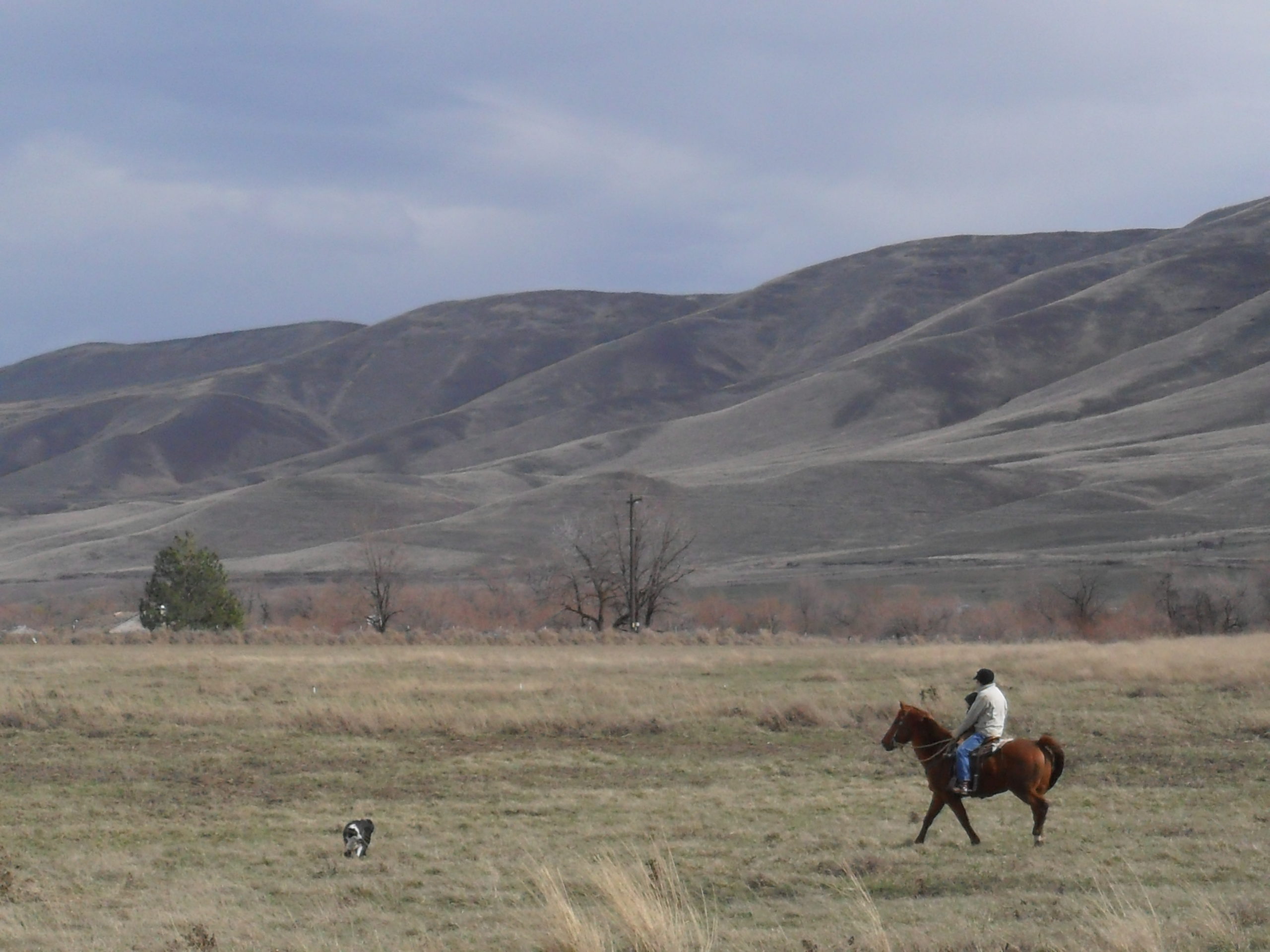 If a person is looking at a place through the frame of roads, road-less places are not visible. This is why a road-centric person who is pumping gas at the Yakamart gas station may be startled when a walking person is suddenly standing nearby. S/he was rendered invisible by simply inhabiting the space that is irrelevant when traveling by road.

Now imagine with me traveling to the Wayana people, in Suriname. To get there requires a series of international flights, either through Europe or the Caribbean. Once in the capital, Paramaribo, one must either charter a bush-airplane, or travel on the Topanohoni River for three days through dense rainforest to get to the village of Apetina.

Imagine the difference between flying over the dense canopy for two hours and traveling by canoe for three days, sleeping within the forest for three nights.

The difference in the experience of the distance traveled is astonishing.

In Suriname, the national government claims that the rainforest that makes up most of the country is predominantly uninhabited. From the vantage of an airplane speeding high above dense forest canopy it certainly seems to be. But from traveling the slow way, the way of the Wayana, you may see things differently.

In the 1980s, Christian missionaries began the process of consolidating the 12 distinct tribes of indigenous peoples into village clusters.

Originally, these tribes had planted gardens and hunted in large areas of forest with low-population density on a cycle that could span decades. This ensured that the poor rainforest soil would replenish itself from light cultivation. Once mission villages were established, the national government declared the interior “empty”, and therefore, open for resource exploration and extraction.

According to government policy, the interior lands are uninhabited by humans.

Suriname’s policy toward Indigenous peoples did not originate in this this small region. It is based on the principles defined by Terra Nullius, or “empty land”, a theological and legal doctrine that gave land title to Christian/European states who would assume sovereignty over “discovered lands.”

Terra Nullius would become the cornerstone of the Doctrine of Discovery on the basis that lands discovered were devoid of human beings if the original people who had lived there, defined as “heathens, pagans and infidels,” were not ruled by a “Christian Prince.”

Discovery is a legal doctrine that defines which European state had first claim to land title. Non-Christians, defined as non-human, had no claim.

The basic theological premise is outlined in the book of Exodus, where God sanctions genocide enacted by God’s chosen people, and fruitful lands are justly claimed by the chosen. Christ’s church formed the new “chosen people,” who were empowered to claim fruitful lands and justly eradicate inhabitants. Divine mandate, outlined in Romans chapter 13, equated opposing a Christian state as opposing God. The great commission ensured expansion to all corners of the earth.

Thus a religious and moral framework was constructed, its language used to shape every human institution in the “discovered world.”

This thinking set the stage for 500 years of international policy designed to advantage settler populations and remove indigenous populations from their traditional lands. The land-rights issues that Indigenous peoples face today, reflected in legal decisions made by the U.S. Supreme Court and high courts around the globe, are based on policy set by the church before Columbus and reinforced by legal structures for five centuries.

As recently as 2005, the United States Supreme Court referred to Discovery as the basis for denial of land rights to an American Indian Nation.

The process of enacting this policy is ongoing in Suriname. As the rainforest is eradicated by deforestation, hydropower generation and mineral extraction, thousands of indigenous people are streaming to the capital city. Their government denies their existence as a matter of policy.  The national government in Suriname claims that the forest is “empty” with the exception of villages established by missionaries. International institutions agree that the rainforest peoples in Suriname will be lucky to survive another generation.