Does your congregation need a “generosity audit?”

I shouldn’t have been surprised, but I was. I wasn’t only surprised, but positively taken aback, to learn about the giving patterns in Christian congregations across the United States. The Lake Institute on Faith and Giving shows that 65% of the money given to the average congregation in a year comes from the top 10% of the regular attenders. And 10% of the attenders give nothing at all. Zilch. Zero. Zip. The statistics are taken from people who describe themselves as “strong” or “very strong” Christians.

I’ve invited Beryl Jantzi to present a fuller picture of this phenomenon, and to show how Mennonite congregations fit into the overall pattern of giving, as shown by surveys. He’ll leave you with a couple of questions that can help you think about your own patterns of giving. 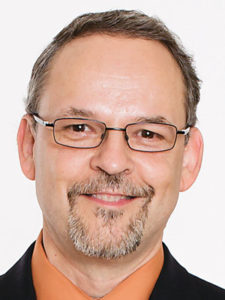 Beryl Janzti is director of stewardship education at Everence.

So when does the TMI (too much information) alarm go off for you, or members of your church, when the issue of money comes up? Some pastors like to be informed. Others prefer to know as little as possible.  Some congregations include their pastors on the stewardship committee.  Others like to free the pastor from this responsibility so they can focus on “spiritual” matters.

If the practice of generosity is similar to gifts such as prophecy, teaching, exhortation and leadership (Romans 12:6-8), shouldn’t the pastor be equally engaged with those who have the spiritual gift of giving and generosity?  The pastor meets with those gifted in music to plan worship services and lay leaders who chair committees and councils. The pastor visits with the sick and grieving more than other members of the church. But for some reason we have created a fire wall between the pastor and those who give financially to the mission of the church.

I’m of the opinion that stewardship is an important aspect of discipleship and ministry.  As followers of Jesus we are called to be involved and concerned about all aspects of our shared life as communities of faith.  Or do our baptismal vows about being ready to, “participate in the mission of the church,” (pg 28 Ministers Manual, Faith & Life Press, 1992) not refer to the financial aspect of mission?  We all know how financial resources are tied to fulfilling the mission of the church.  Paul says as much in Romans 15:25-29.

Here are the most recent statistics on giving practices of MC USA members based on a study on this topic administered in 2005.*

These numbers are actually better than the national averages reported by the Lake Institute on Faith and Giving.  Everence and MC USA have been partnering with the Lake Institute the last two years in providing two day training for, Creating Congregational Cultures of Generosity.  This has been hosted 6 times since September 2012 and 6 more events are in the planning stages.

Some congregations have begun using a “Generosity Audit” to get a sense of the giving patterns of their members.  This provides a sense of how many households are giving nothing at all and how many households are carrying the major financial burden for the whole. Pastors may want to share this article with lay leadership teams and discuss congregational approaches to nurturing generosity among members.  Here are a few questions to help start the conversation.

For more information on details referenced in this article or if you have questions about how to administer a generosity audit for your congregation contact Beryl Jantzi, Everence Stewardship Education Director, beryl.jantzi@everence.com or call (800)442-7930.